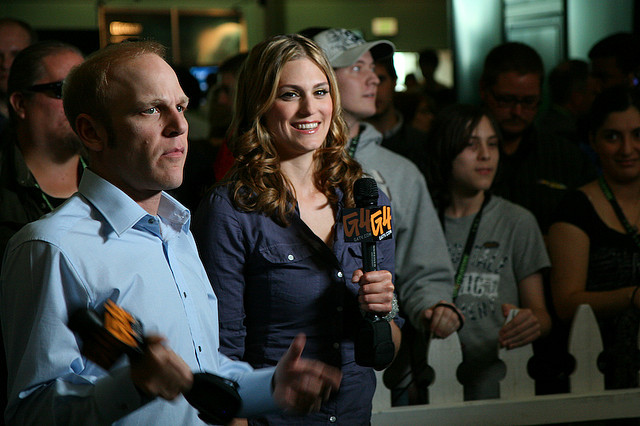 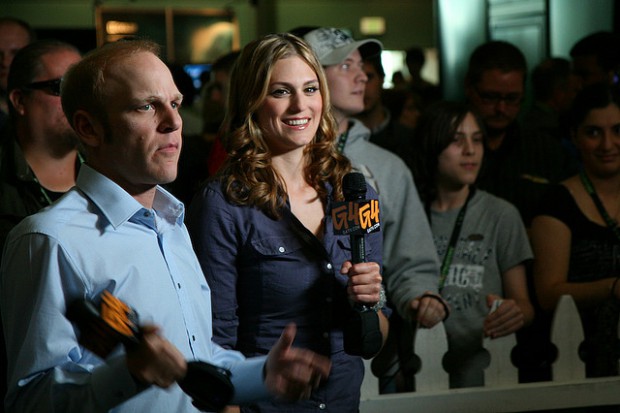 June 1, 2015 — We are excited to reveal that for the first time since their legendary run on G4 TV’s X-Play, Adam Sessler and Morgan Webb will reunite to co-host the live shows prior to and following the Bethesda E3 2015 Showcase. On June 14TH at 6:45pm PDT, watch as Adam and Morgan host these shows backstage at the Dolby Theatre, giving viewers an exclusive behind-the-scenes experience that will be broadcasted on Bethesda’s Twitch and YouTube.

During the post-show Adam and Morgan will share their unique insights and talk to some of Bethesda’s most renowned developers for exclusive interviews.

One of the best-known personalities in video gaming, Adam Sessler was the co-host of X-Play for nearly 15 years from its inception in 1998 until 2012. He is the former producer and editor-in-chief of Revision3 Games and was also editor-in-chief of G4’s game content.

“I am thrilled to be reunited with Morgan Webb again and coming together for Bethesda’s first-ever E3 Showcase makes it that much better,” said Sessler. “Over the years the talent and games from Bethesda’s studios have always been a point of admiration, and my excitement couldn’t be more palpable. Seriously, my scalp is tingling.”

Morgan Webb co-hosted X-Play on the G4 television network with Sessler for a decade. She also hosted G4 Underground and penned FHM Magazine’s Tips From the Gaming Goddess column.

“I’m looking forward to that moment when Adam and I get to sit down with Bethesda’s developers right after the show wraps,” said Webb. “We know we’re going to see some big reveals at the Showcase, and we will be there to make sure the fans get all the information they’re craving. We’d love the fans to get involved in the conference via Twitter and Twitch, so we can take their questions straight to the people behind the games they love.”

Fans can join the conversation on Bethesda Softworks’ Twitter (@Bethblog) and in the Twitch chat stream during the Showcase by using the official Bethesda E3 hashtag: #BE3. Adam and Morgan will ask viewer questions to developers live during the post-show, with cool prize giveaways for anyone whose tweet is called out.