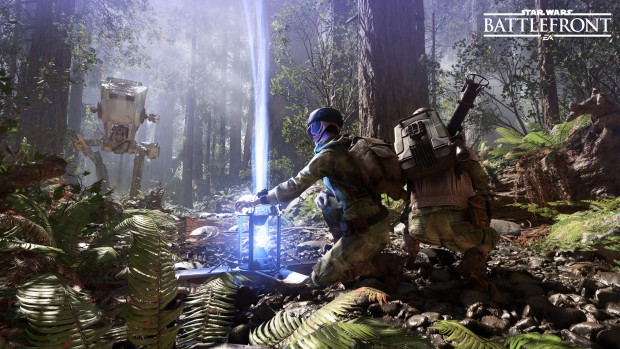 I was one of the fortunate, few media folks able to see the Star Wars Battlefront presentation yesterday at Star Wars Celebration in Anaheim. I was even made to sign a strict NDA on the subject – one that has, thankfully, expired! The pre-alpha gameplay footage we saw was beautiful and very polished for being “pre-alpha”, so the final product should be even more staggering. The level followed some Rebel troopers as they fought Imperial forces on what was, presumably, the forest moon of Endor. It was basically an in-game version of what you saw in this morning’s game trailer release – really cool stuff.

After the in-game footage, we got to hear about some of the technology going into Star Wars Battlefront’s development. One of the big technology buzz words being associated with Star Wars Battlefront is “Photogrammetry”. This is a technique where an object is photographed from every conceivable position to calculate not only its three dimensional shape but also its texturing. The results are impressive – Most impressive. We got to see rotating video of an in-game Stormtrooper helmet, DL-44 heavy blaster pistol, and a few other things – each looked almost exactly like its real-world counterparts. 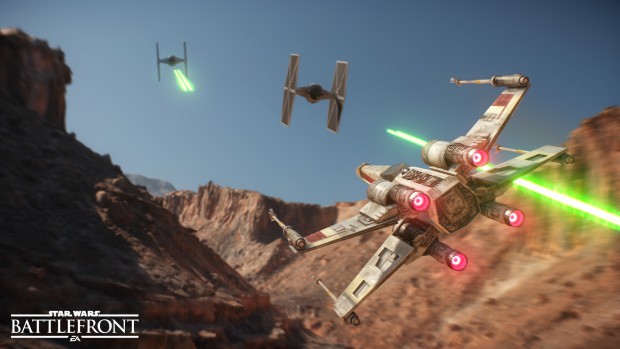 Speaking of real-world counterparts, the people at LucasFilm invited the developers up to the museum at Skywalker Ranch. This is where the film company keeps all the awesome props, costumes, etc from their films. DICE had full access to use the real items from the movie in their video game via the Photogrammetry technique. Another thing that DICE’s development team did to make sure that Star Wars Battlefront looks incredible and realistic was to send their designers out to various locations around the world to study the landscapes, take photographs, etc. We saw images of DICE developers exploring a glacier, the Grand Canyon, and even a redwood forest. This attention to detail really shows in the screenshots you can see in the gallery at the bottom of this post. Star Wars Battlefront is due out on November 17, 2015 and I can’t wait to see more on this at future events. There are so many fun possibilities for mash-up battles with characters and battlefields in and out of chronology.

The final Star Wars Battlefront surprise was also a bit of a tease into the second Star Wars teaser trailer which we saw yesterday. “The Battle of Yakku” is a free DLC pack which will be released on December 1, 2015 (pre-order customers) and December 8, 2015 (for non pre-order customers). This DLC will chronicle the battle which resulted in those downed starships seen in the film’s second teaser trailer (the desert landscape with the X-Wing and Star Destroyer husks). This news was also a cool little revelation for Star Wars fans as many thought that the desert world seen in the film teasers were the more familiar planet of Tattooine.

We would like to send huge thanks out to FortySeven PR’s Steve Hahnel and EA’s Melissa Ojeda for giving us this look into the game while at Star Wars Celebration. The PR team promised that we would be seeing a lot more of Star Wars Battlefront in the months leading up to its release. 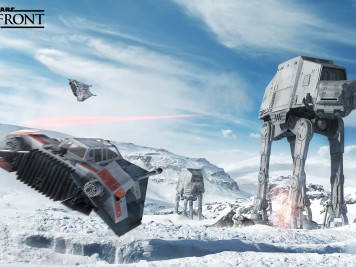 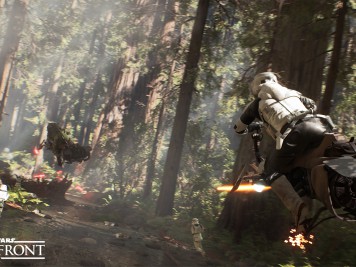 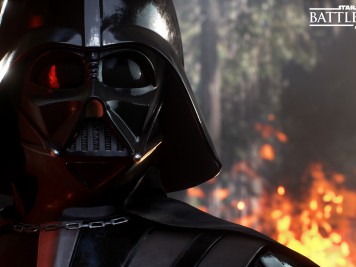 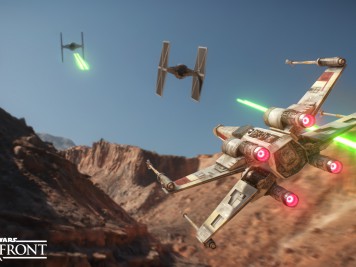 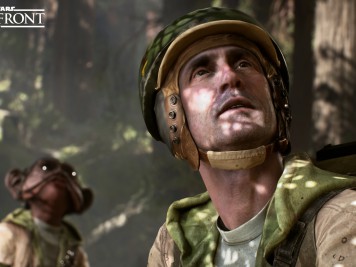 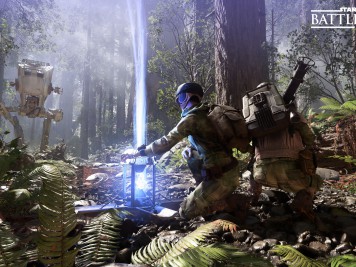 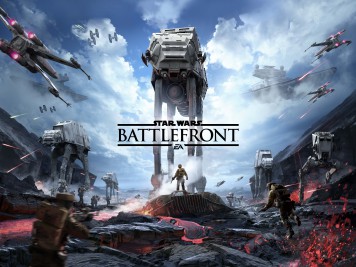