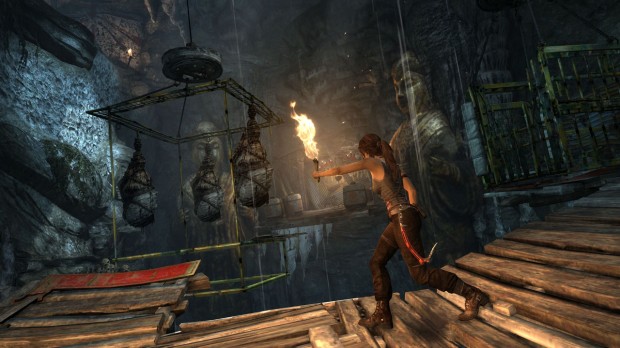 TOMB RAIDER won numerous awards, including IGN’s Best Overall Game of E3 2012. TOMB RAIDER: Definitive Edition, which included additional content and enhanced graphics for next gen platforms, was released in January 2014 for Xbox One and PlayStation 4.

“TOMB RAIDER ignited and expanded the fan base, pushing the series to a new level. The game’s incredible sales success reflects the passionate response of players,” said Darrell Gallagher, head of studio at Crystal Dynamics. “Our studio is proud of what we accomplished with the game.”

TOMB RAIDER explores the intense origin story of Lara Croft® and her ascent from an untried and untested young woman to a hardened survivor. Armed only with raw instincts and the ability to push beyond the limits of human endurance, Lara must fight to unravel the dark history of a forgotten island to escape its relentless hold.