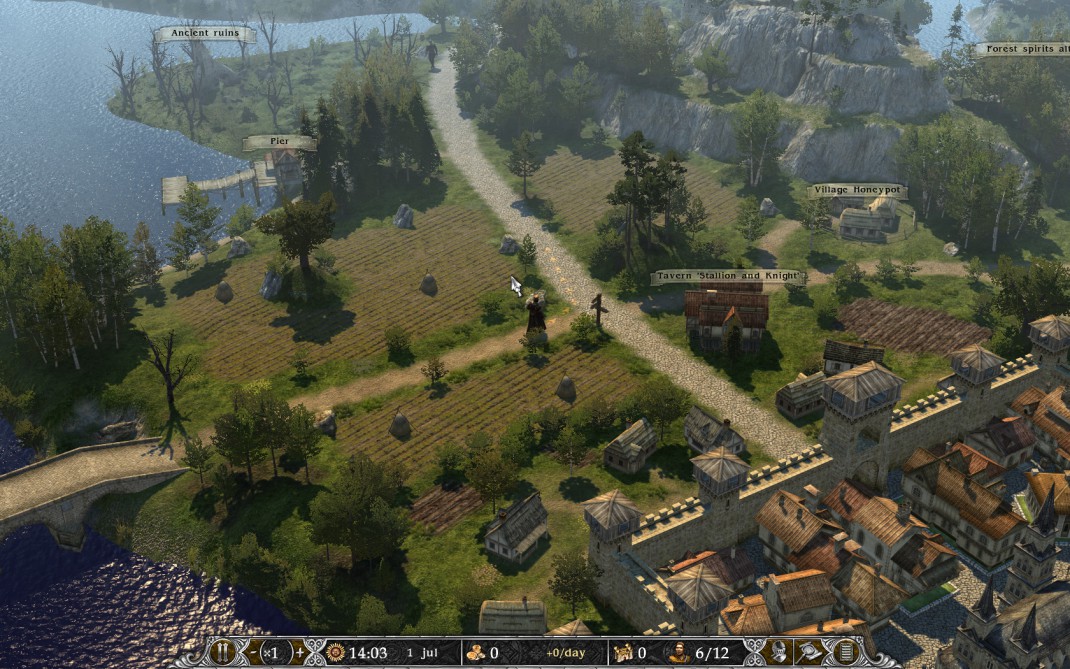 Legends of Eisenwald – A Preview (PC) 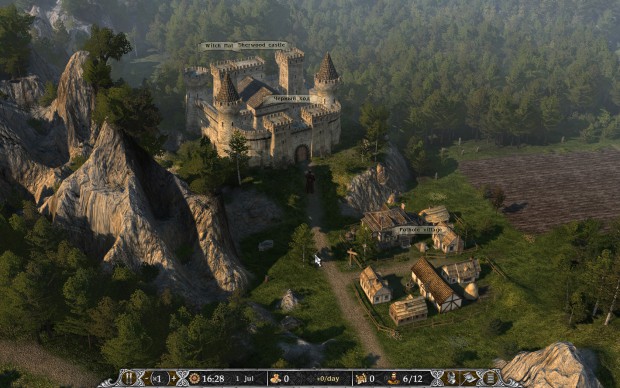 Legends of Eisenwald by Aterdux Enterainment is a role playing game that has a turn based strategy style combat system, set in the fictional land of Eisenwald. Legends of Eisenwald is yet another game that has received funding via a Kickstarter. Aterdux Entertainment was able to pull about $88,000 in their campaign, raising 167% of their original asking goal of $50,000. This game has since been released to Steam as an “Early Access Game” and has yet to be officially released, hence the “Preview” addition to the title of this article. Currently, Legends of Eisenwald feels much more complete then other Early Access Games that I have played, and I cannot wait to see what else lies in this games future.

At the beginning of the game, you choose between three classes: The Knight, The Baroness, and The Mystic. The three classes are fairly generic with the Knight being a melee focused class, the Baroness being ranged, and the Mystic is the support class. The story will slightly change depending on what class you choose, so there is some replay value built into the game, but how much the changes really are, I have yet to see.

The world of Eisnewald is more like a historical rpg with supernatural elements then a high fantasy style game. The look and feel of the aesthetics is closer to Medieval Europe, with castles, villages, and churches dotting the landscape. Magic exists, but is more in the lines of alchemy or divination instead of wizards shooting fireballs from their fingertips. Eisenwald also has it’s share of supernatural creatures, but even these come straight out of medieval legends instead of what people usually attribute to the fantasy setting. Think more “Europe where the legends were true” instead of “Lord of the Rings”.

This setting is found in the story itself. The story is much more human inspired then divine. You will not receive quests from gods, or be tasked with saving the world. You will be more interested in eradicating the bandit menace from your land, or protecting your castle from an invading force from the fief next to you. For me, this worked really well. It gave the game a much more historical feeling then other games of its type. While you may not be reenacting historical battles from central Europe, it still gives you the feeling that this story may have actually happened. That is, until the Undead show up. 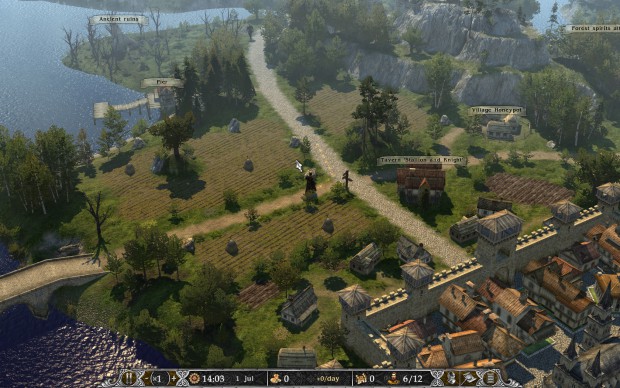 Legends of Eisenwald is a role playing game, with a turn based strategy combat system. While in the overworld, you have access to a quest log, map, and army organizer. The map shows the entire map you are currently on, with toggles that allow you to focus on structures, armies, or other bits of information. The quest log is a standard functioning log, that keeps track of all of your quests. The army organizer opens up your current army and their inventory. You can also upgrade your troops here with promotions or, in the case of your hero, more skills and abilities.

The rpg elements allow you to outfit your army by hiring mercenaries, and then buying and selling gear that you find along the way either through combat or visiting markets. What really irritated me about the mercenary system, was the moment that I had spent hard earned gold outfitting my archer with the best equipment available, then discovering he left right before we set sail to follow another quest. The gold and the items are not returned to the hero, so you have to balance the need for well-equipped soldiers versus seeing your equipment and gold leave when your mercenaries decide not to follow you anymore. More mercenaries can be hired in various places along your travels, and generally fall into three categories; melee, ranged and support.

As I mentioned earlier, combat is a turn based system using hexagons to define the combat arena. Initiative determines who goes first, and your equipment will affect your initiative. You will have to balance out that heavy armor may protect you more, but you will not be going first in combat. Combat feels intuitive, with hover messages telling you what each maneuver will do, and how much damage each person will do to their target. Strategy comes into play by selecting your targets and choosing when to charge in to combat, or when to be more cautious. While it is turn based, each person gets a attack in melee during a turn. You will move your player into combat, and the target will get to take a shot at you. This does make combat feel much more realistic, for me, in a turn based system.

Legends of Eisenwald is not complete yet, so many of the features that the game is touting has yet to be implemented. Arterdux Entertainment is planning on adding in a campaign editor to allow players to create their own worlds, missions, and story lines. This will add a lot of replay value to Legends of Eisenwald, when it is finished. 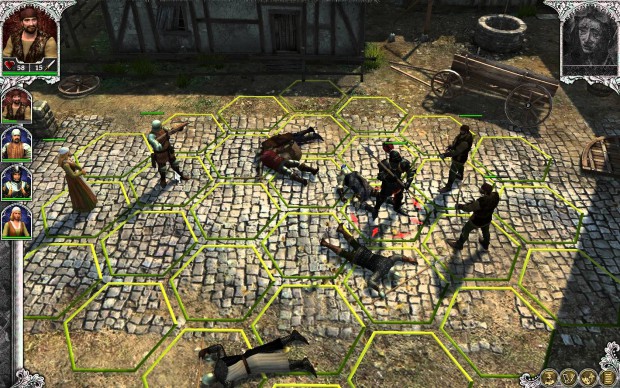 Legends of Eisenwald looks good, but won’t win any graphics awards. The art direction is firmly in the realm of “realistic medieval” when it comes to the design of the armor, weapons, buildings, and clothing that the inhabitants wear or live in. There isn’t any character customization, so get used to what your character looks like, though when your mercenaries start to level up, their overall look will change to match their new found skill level. Unfortunately, adding new armor or items to your character also does not change the look.

There is no voice acting for the Legends of Eisenwald, all the dialogue is completed through text boxes. The writing is pretty well done, I don’t remember any instances of broken English or strange sentence structure. The music is decent enough to sit in the background, but there was nothing memorable or catchy about it.

Legends of Eisenwald is shaping up to the a really good game. I feel that the story is strong and realistic for the time period, the characters have real motivations to do what they do, and the setting works for the type of game that the developers are aiming for. I feel that the game still feels a little incomplete and does not have enough features to be better than good, but it is still in development. More features, like the campaign editor, are promised to be heading our way. Overall, the Legends of Eisenwald is a good time for those that like rpgs set in Medieval Europe. I am looking forward to this game when it officially releases. Legends of Eisenwald is available now through Steam Early Access.