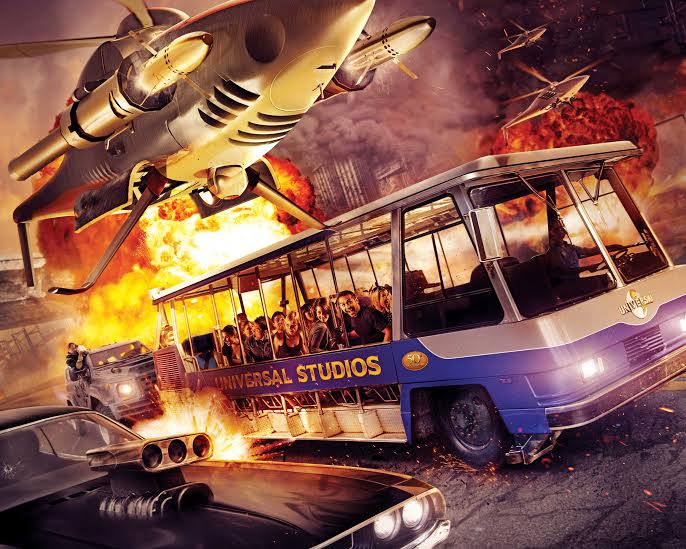 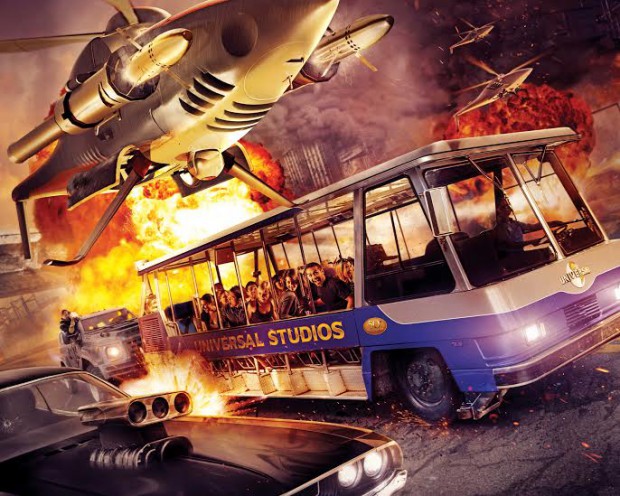 This monumental undertaking—the most ambitious in the theme park’s storied 50-year history—will radically alter and reimagine its familiar footprint as The Entertainment Capital of L.A. sets its sights on the next 50 years.

From its humble beginnings five decades ago, Universal Studios Hollywood has emerged as one of the most progressive and exciting theme park experiences anywhere, while remaining true to its roots of immersing guests in the awe-inspiring world of movie-making magic.

Since its inception, Universal Studios has lifted the veil on Hollywood’s most illustrious industry, placing guests at the heart of favorite movies and television shows. It continues to be at the forefront of innovation, imagination and inspiration, working in collaboration with some of the most influential filmmakers in the business and the greatest minds in entertainment—Steven Spielberg, Matt Groening, James L. Brooks, Peter Jackson, Michael Bay and Chris Meledandri—to create intriguing rides and attractions.

“For 50 years, Universal Studios Hollywood has given guests unprecedented access to the world’s most alluring business by inviting them to peek behind the velvet curtain and become part of the exciting movie-making process,” said Larry Kurzweil, President of Universal Studios Hollywood. “We are reimagining over 75 percent of our destination as we build upon our incredible success and expand our vision for the future, and we look forward to entertaining and inspiring guests for generations to come with what will ultimately be an entirely new theme park experience.”

The “Glamour Trams” of yesteryear that gave way to today’s world-famous Studio Tour is undergoing a top to bottom makeover to coincide with the 50th anniversary, and by 2016, will roll out a fleet of new, contemporary trams, including the installation of ultra-comfy cushioned seats.  A modern exterior and sleek logo design will contribute to the updated aesthetics of these iconic trams, while a new Art Deco-themed Studio Tour entry portal, located within the theme park, will greet guests.

Offered in multiple languages, including Mandarin, Japanese, Spanish and English and led by expert guides, the acclaimed Studio Tour remains a hallmark Universal Studios Hollywood attraction bringing millions of guests through an authentic movie and television studio and into its elusive world motivated by three compelling words:  lights, camera, action.

The action, however, is only getting started.

This summer, high-octane excitement will race onto the scene when Universal Studios Hollywood introduces “Fast & Furious—Supercharged,” a pulse-pounding, adrenaline-fueled thrill ride as the new grand finale to the world-famous Studio Tour.

This gripping, technologically-advanced ride, inspired by Universal Pictures’ most successful film franchise of all time and featuring the film’s original cast members, will propel guests into the high-stakes underground world of fast cars and daring escapades traveling at accelerated speeds of up to 120 miles per hour. Situated within a newly constructed 65,000 square foot building on the legendary backlot, the high speed, 3D-HD ride will reunite stars from the Fast & Furious series—Vin Diesel (Dominic “Dom” Toretto), Dwayne Johnson (Luke Hobbs), Michelle Rodriguez (Letty Ortiz), Tyrese Gibson (Roman Pearce) and Luke Evans (Owen Shaw)—in a revolutionary mega-attraction, conceived as a new installment to the dynamic film series that can only be experienced at The Entertainment Capital of L.A.

The layout of the park will become unrecognizable when “Springfield,” hometown of America’s favorite family, The Simpsons, breathes new life to the sprawling and vibrant space surrounding “The Simpsons Ride.”  “Springfield” is designed to capture the spirit of the animated town and engage visitors and fans of the show in the intensely absorbing and colorful world made famous throughout the series’ record-setting 26 seasons.

Guests visiting “Springfield” will have the pleasant sensation of being hurled through their television sets and into the accurately depicted town, complete with signature eateries such as Krusty Burger, Cletus’ Chicken Shack, Luigi’s Pizza and Phineas Q. Butterfat’s Ice Cream Parlor, along with Homer’s favorite hangouts, Lard Lad Donuts, Moe’s Tavern and Duff Brewery.

Universal’s slate of new 2015 attractions will entertain from sunup to sundown when the theme park broadens the scope of its popular Studio Tour with the introduction of a “Nighttime Studio Tour,” designed to enlighten guests on the art of moonlight movie-making.

Under a blanket of stars, over 20 locations along the famed Studio Tour route will showcase an array of luminous onset lighting and special effects used in nighttime production. Theatrical lighting will cast a glow on iconic backlot sets as Studio Tour guides shed light on Hollywood secrets and tricks of the world’s most glamorous trade, including how filmmakers create the effect of daylight amid the black of night.  Celebrated stars who found fame on Universal’s backlot will also make cameo appearances on the “Nighttime Studio Tour,” including Marilyn Monroe, Norman Bates and Frankenstein.  The “Nighttime Studio Tour” will run every weekend throughout the summer from July 4th through Labor Day.

The excitement that these new rides, attractions and themed immersive lands will bring to guests is only a prelude to the highly-anticipated arrival of “The Wizarding World of Harry Potter™” in 2016.