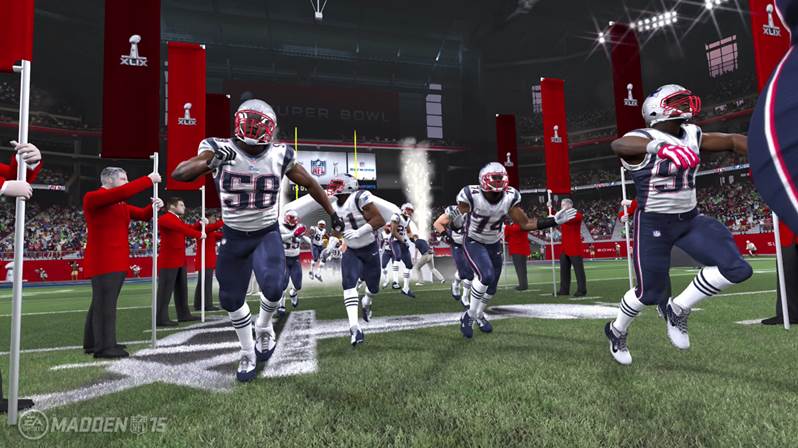 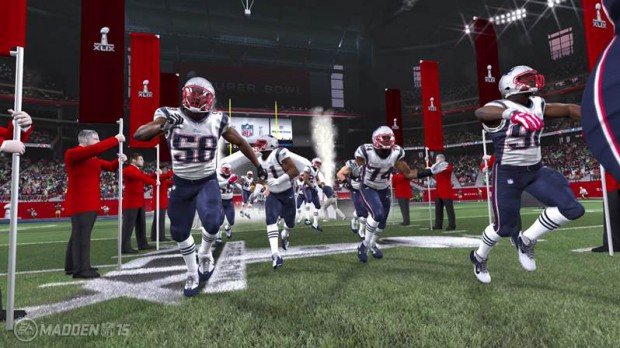 REDWOOD CITY, Calif. – January 26, 2015 – Electronic Arts Inc. (NASDAQ: EA) today released the official Madden NFL 15 Super Bowl Prediction pitting the New England Patriots vs. the Seattle Seahawks. The prediction calls for a tightly-contested game between the two teams, coming down to a heroic play in the final drive to seal the win. The prediction sees New England’s offense overcoming the Seahawks’ defense to pull out a 28-24 victory.

The Patriots kicked off the scoring early, marching down the field on their first possession and capping it off with a 21-yard touchdown pass from Tom Brady to Rob Gronkowski. Seattle would answer with a field goal later in the quarter, keeping the game close heading into the 2nd.

New England and Seattle traded TDs in the period, but as the Patriots attempted their final drive before the half the Seahawks’ vaunted secondary struck, with Earl Thomas III intercepting a pass intended for Gronkowski and returning it 58 yards for a touchdown. With that pick the Seahawks took the lead into halftime, 17-14.

Coming out of the locker room Seattle kept momentum on their side by scoring on their first possession with a 9-yard touchdown run by Marshawn Lynch. The Patriots were on the ropes, but they came out swinging and Tom Brady once again found Rob Gronkowski for a touchdown from 14 yards out.

The 4th quarter was a defensive battle, with neither team able to put points on the board early. Late in the game Patriots cornerback Darrelle Revis made his presence known, intercepting a Russell Wilson pass and giving the Pats one last chance to win. In the waning seconds Tom Brady hooked up with Julian Edelman, who managed to slip out of a tackle and make a break for the end zone. Kam Chancellor sprinted toward Edelman to try and make a Super Bowl-saving tackle, but the speedy Edelman dove into the Promised Land as time expired, securing victory.

Tom Brady was named MVP of the game thanks to his 335 yard, 4-touchdown performance, his third such honor. Julian Edelman led all receivers with 8 catches for 106 yards, while Marshawn Lynch proved to be unstoppable on the ground with 118 yards and 2 touchdowns.

The Madden NFL 15 Super Bowl Prediction is created by simulating the Super Bowl Matchup with updated rosters on Xbox One, the all-in-one games and entertainment system from Microsoft and the official game console of the NFL. Fans can get more exclusive EA SPORTS content from Super Bowl week by following Madden NFL on Facebook, Twitter, Instagram and Snapchat (easports) and using the hashtag #UltimateSB.