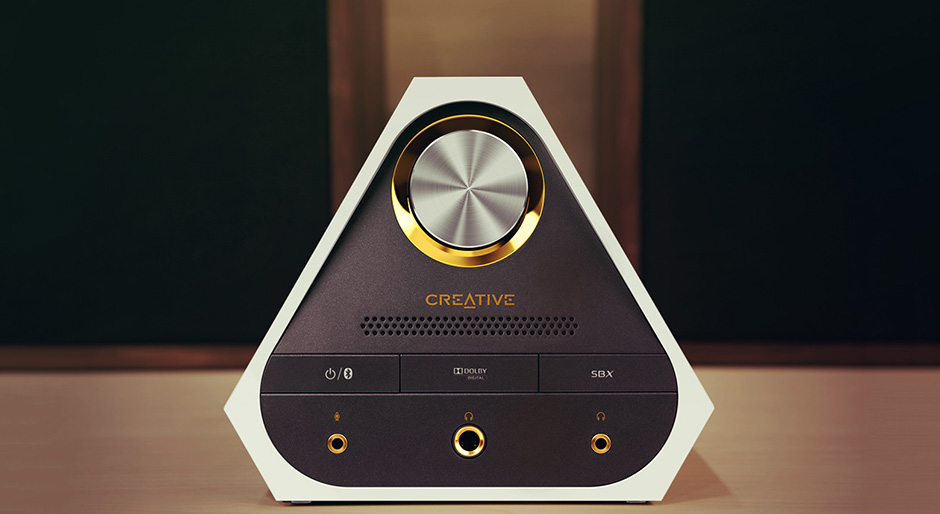 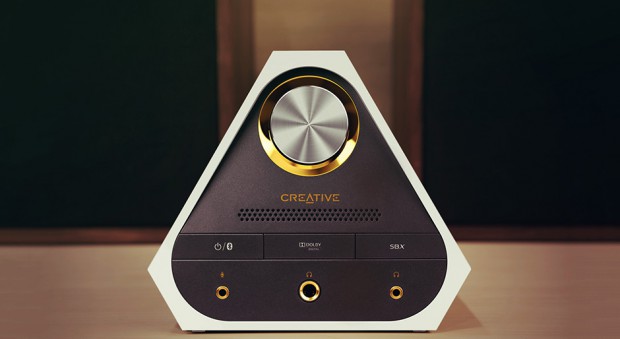 LAS VEGAS, NEVADA – January 6, 2015 – Creative Technology Ltd today unveiled a limited edition of its latest Sound Blaster® X7 at CES 2015.  Recently named a double 2015 CES Innovations Awards Honoree in both the ‘Home Audio/Video Components and Accessories’ and ‘Computer Hardware and Components’ categories, the feature-packed Sound Blaster X7 which is an ultra high-resolution external USB DAC and powerful audio amplifier now comes in an exclusive pearl white color, includes a 144W power adapter that is capable of delivering up to 100W output to passive speakers, and has a very low headphone amplifier output impedance of 1 ohm to effortlessly drive even the more sensitive in-ear monitors (IEMs) on the market.

The Sound Blaster X7, showcasing at the 2015 International CES, is designed to connect with a range of gaming and entertainment systems as an ultra high-end external Sound Blaster audio solution with an impressive 24-bit/192kHz high-resolution 127dB digital-to-analog converter (DAC) and a powerful 100W audio amplifier.  It provides a superior, pure and lossless listening experience for games, music and movies – meeting the most discerning demands of audiophile listeners and enthusiast gamers alike.

Coupled with Sound Blaster’s proprietary multi-core DSP, the SB-Axx1, and other high-end audiophile-grade components, such as the Burr-Brown PCM1794 127dB DAC, Nichicon “Fine Gold” capacitors, and the Texas Instruments TPA6120A2 headphone amplifier that can support up to 600? headphones, this Sound Blaster X7 will greatly enhance audio quality, delivering a powerful mind-blowing immersive gaming or movie audio experience as well as perfectly reproducing the full range of sounds from music recordings with high-fidelity and pristine detail.

Linear Frequency Response for Low-Impedance In-Ear Monitors (IEMs)
Using one of the lowest-rated impedance IEM in the market with the limited edition Sound Blaster X7 at 1 ohm headphone amplifier output impedance, the Shure SE846 IEM which has a rating of 9 ohms at 1 kHz is able to achieve one of the most linear frequency responses ever. With a small overall variance between +0.5 dB and -1.0 dB, the Sound Blaster X7 is able to reproduce audio almost faithfully.  Compared to a typical headphone amplifier using the standard reference design of the Texas Instruments TPA6120A2 headphone amplifier chip at 10 ohms output impedance, one can see from the graph that the frequency response is non-linear with a significant variance between +2.25 dB and -3.8 dB.  The frequency response fluctuation shows an increase in low frequencies and loss in mids at 5 kHz which results in coloration of sound when used with low-impedance IEMs like the Shure SE846.

“The Sound Blaster X7 is the most technologically advanced Sound Blaster we have ever created.  We combined our decades of expertise in audio with the finest of the finest audiophile-grade components to deliver the most powerful high-resolution audio experience for games, music and movies.  The original black edition of the Sound Blaster X7 comes with a headphone amplifier output impedance of 2.2 ohms which is good enough for most IEMs in the market. Now, our engineers have pushed the boundaries further by specially engineering the headphone amplifier circuit with an even lower output impedance of 1 ohm,” says Long Chye Low, General Manager of Sound Blaster.  “The limited edition Sound Blaster X7 can accommodate both extreme ends of headphones in the market – from the most demanding high-impedance studio headphones to the most sensitive low-impedance in-ear monitors – with minimal distortion to audio content caused by variance in frequency response.”

Pricing and Availability
The Creative Sound Blaster X7 pearl white edition with the 144W power adapter and 1 ohm headphone amplifier output impedance will be available at the end of January 2015, priced at USD499.99 at the online store at creative.com.

Also available, the black Sound Blaster X7 with a 70W power adapter, priced at USD399.99 at the online store at creative.com.