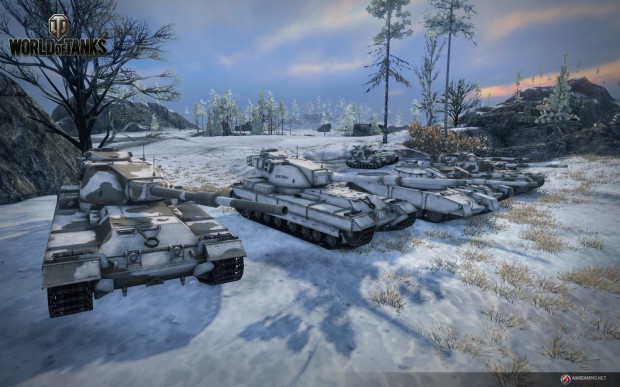 December 22, 2014 — Wargaming today announced that Update 9.5 for World of Tanks has been released in Europe and North America, and will be available to players in Asia on Dec. 23, and Korea Dec. 30. This update brings a wealth of new content by adding 10 new British vehicles along with 3 original battlegrounds: the ruined settlement of Mittengard, the desolate Ghost Town and the snow-covered Winterberg. In addition to the content update, a new Mission system, Personal Missions will become available Jan. 15, 2015.

The newest update to World of Tanks brings a new force of British vehicles rolling out onto the battlefield with a line of impressive British Tank Destroyers. Beginning at Tier 5, the line includes the very distinct Archer with its backward facing gun, the powerful and agile Charioteer, and the FV4005 Stage II. In addition to the Tank Destroyer line, the British tech tree receives 3 new Medium vehicles including the iconic and highly anticipated Sherman Firefly, Sherman II and Grant, along with 2 Light Tanks, the M2 and Stuart I-IV.

Beginning Jan. 15, 2015 tankers will be able to put their skills to the test in new missions called Personal Missions. Unlike the current Mission system, Personal Missions allow players to select the mission they want to complete and missions will not have a time limit. Upon completion of these missions, players will receive a variety of great rewards including unique high-tier vehicles, medals and female crew members.