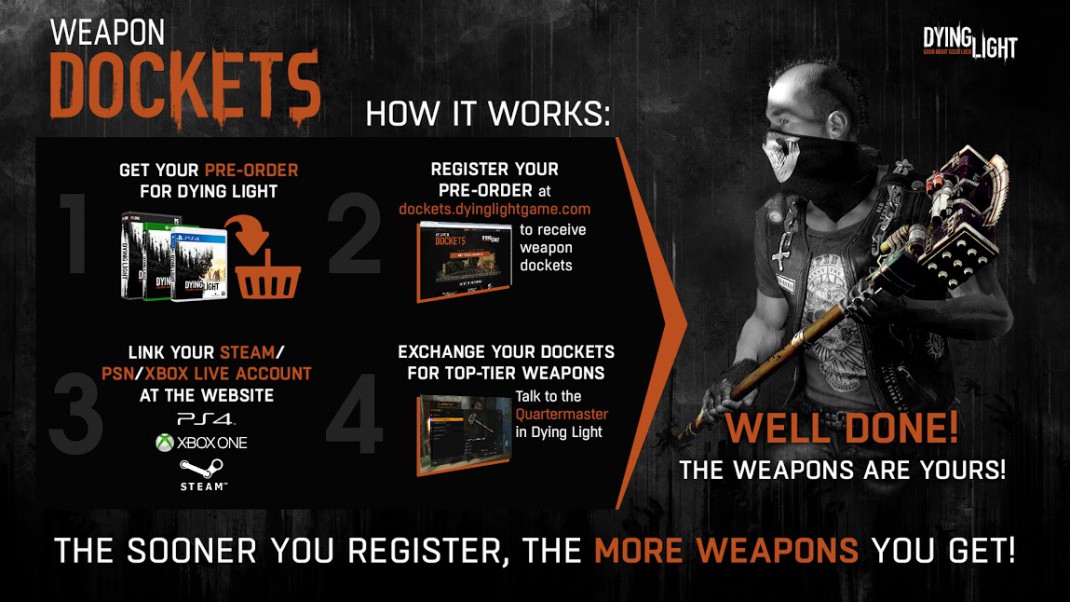 December 11, 2014 – Warsaw, Poland/ Today Techland launched a unique campaign for all existing Dying Light fans. As a way to thank players for their support and trust, Techland is rewarding all current and future pre-orders with access to rare in-game weapons. These weapons will be distributed in the form of special weapon dockets which can be redeemed in-game. The sooner participants register their pre-orders, the more weapons they will receive – with each week before the launch of Dying Light bringing one more weapon docket to their accounts. The full process is explained in this infographic.

To take part in the campaign, players need to sign up at dockets.dyinglightgame.com. The dockets can then be redeemed for top-tier weapons when playing the game.

Dying Light is coming to PlayStation 4, Xbox One, and the PC, and is scheduled for release in 2015 on January 27th in the Americas, January 28th in Asia, Australia and New Zealand, and January 30th in Europe.