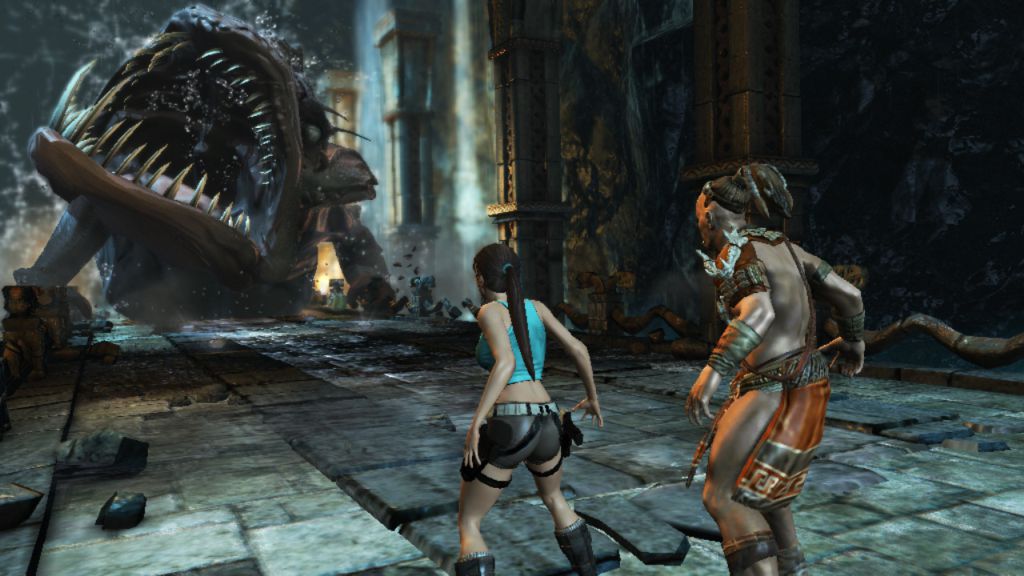 Lara Croft and the Temple of Osiris Has Gone Gold

November 18, 2014 — Crystal Dynamics is pleased to announce that Lara Croft and the Temple of Osiris has officially gone gold and is set to launch on December 9 on Xbox One, PlayStation 4, and PC. To celebrate this milestone, the team has released a second Developer Diary that goes into detail on the puzzles ofTemple of Osiris.

Lara Croft returns in Temple of Osiris, ready to use her brains and brawn to best a gauntlet of new puzzles. In the second Developer Diary, Executive Producer Scot Amos is joined by Lead Level Designer Jeff Wajcs, who discuss the difficult task of perfectly challenging a player. Take a peek at the mirrors, time bombs, twisting gears, and falling platforms you’ll need to manipulate to solve your way out of trouble, alone or with friends.

A new blog post with a message from Darrell Gallagher, Head of Western Studios has been posted to the Lara Croft community page [here].

If you missed our first developer diary detailing four-player co-op, check it out on YouTube [here].