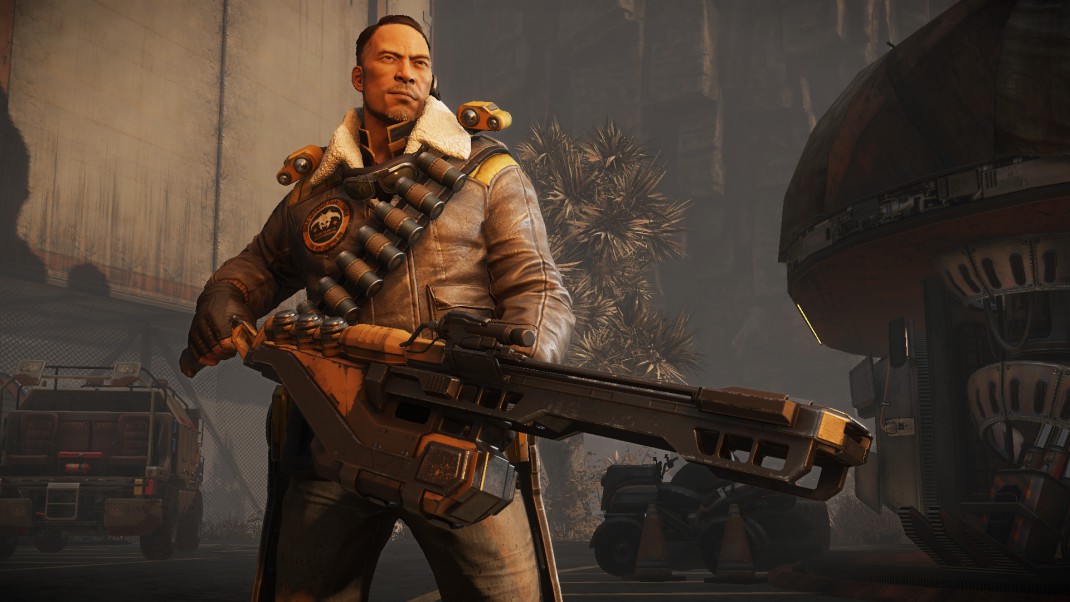 November 12, 2014 — Today, 2K and Turtle Rock Studios released full details, as well as an all-new gameplay video about Cabot, the leader of the Hunters and the third support character in Evolve.

Only one man could lead the desperate attempt to rescue the last of the remaining colonists from Shear: William Cabot. Long retired from planet taming, Cabot agreed to help and, with his robot partner Bucket, assembled the greatest team of Hunters in history. Find out how Cabot’s Damage Amplifier, Radioactive Dust Tagging, and Rail Cannon differentiate him from the other Support class Hunters in a major way in the blog post linked below. Then watch Cabot in action in an all-new gameplay video. 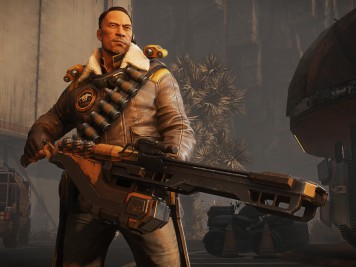 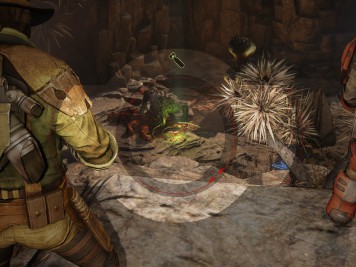 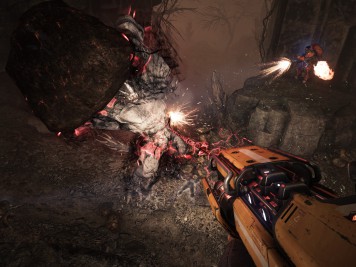 Tune in to the official Evolve live stream this Friday, November 7 at 3pm PT to see more Cabot action in-game.

About Evolve
Developed by Turtle Rock Studios, the creators of Left 4 Dead, Evolve is the next-generation of multiplayer shooters where four hunters face off against a single, player-controlled monster in adrenaline-pumping 4v1 matches. Evolve has won more than 60 awards and editorial honors to date, is the only game in history to earn the official E3 and Gamescom “Game of Show” awards in the same year, and is the most critically acclaimed game coming in 2015.