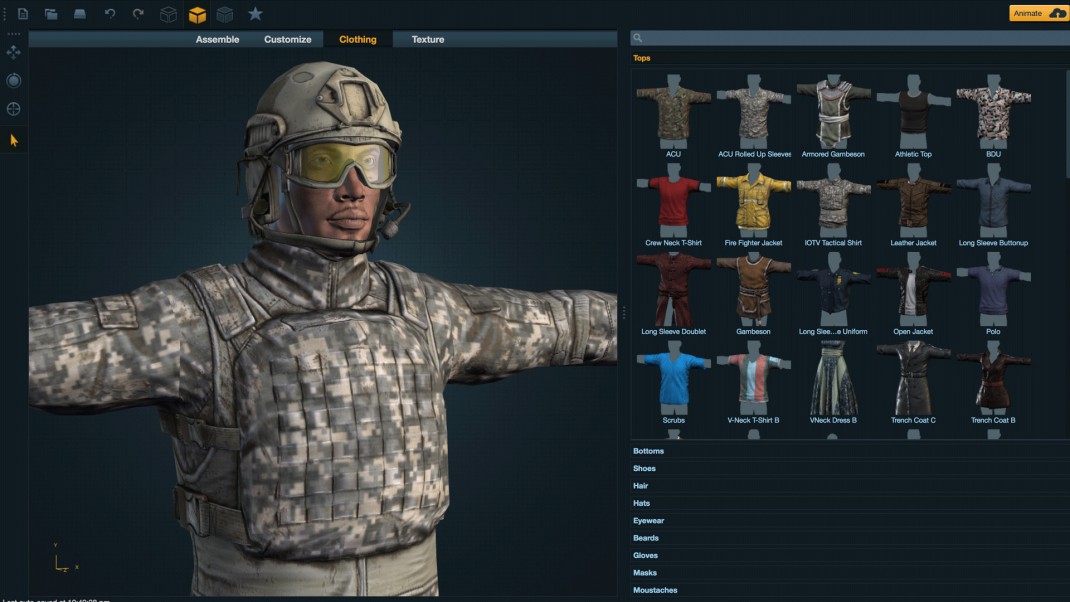 San Francisco, CA – Nov 6, 2014 – Users of Valve’s Source Engine-based modding applications, Source Filmmaker and Garry’s Mod, just received a major productivity boost in the creation of 3D characters. Today, Mixamo, Inc announced that it has released a direct download feature that will enable anyone creating a 3D character with the latest version of its character creator software Fuse (which just launched today on Steam), and animating it with its Animations, to import those characters straight into Source Filmmaker and Garry’s Mod.

Valve pioneered the concept of modding back in 1998 with the release of Half-Life and its development tools. The concept has since spread to a number of popular games and millions of gaming fans. From maps to weapons to tutorials and more, Valve and other publishers continue to enable gaming fans to create a near limitless amount of user-generated content for their games.

Mixamo’s technology has been designed from the ground up to democratize the 3D character creation process for everyone. Using Mixamo’s patented Fuse character creator and its online animation technology, beginning artists, modders and experienced game developers alike can all create and animate detailed 3D characters in minutes, rather than the days or weeks it takes with other tools. This latest feature extends that simple content creation to users of popular software made with the Source Engine: Source Filmmaker and Garry’s Mod.

“Gabe Newell noted in a Reddit AMA earlier in 2014 that the biggest improvements [to its engine technology] will be in increasing productivity of content creation. Today’s feature release is the realization of that concept for the creation of game characters,” said Stefano Corazza, CEO of Mixamo. “Our entire pipeline is predicated on the same notion that user-generated content should be easy to create and get into games. We’ve now simplified that process for the tens of thousands of developers and modders using the Source engine and for the over 6 million users of Garry’s Mod. As far we know, we’re the first-ever 3D modeling and animation service to do so.”

Valve fans interested in creating 3D characters for Source Filmmaker and Garry’s Mod can experience this new functionality in the latest version of Mixamo’s character creator software, Fuse 1.3, which just launched on Steam and is available at a time-limited promotional price of $24.75 (Standard price: $99.99).

Mixamo has also published workflows on its website to show modders how to take advantage of this latest direct download feature for:

Direct downloads of 3D characters is currently only available for the Windows© versions of Source Filmmaker and Garry’s Mod. Support for Dota 2 is coming soon.