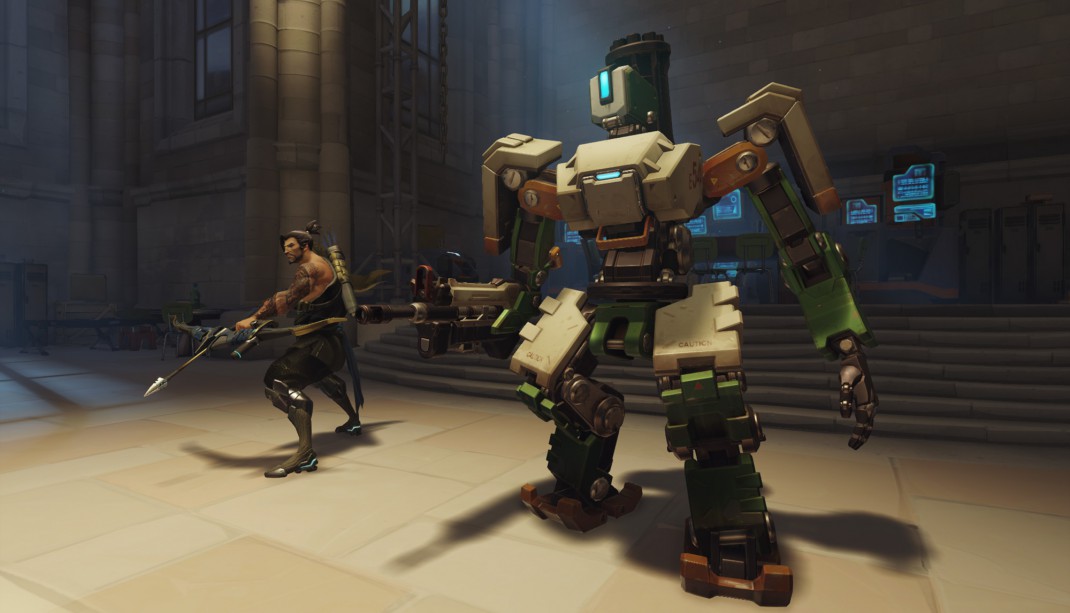 ANAHEIM, Calif.—November 7, 2014—In front of a live crowd of more than 25,000 BlizzCon® attendees and an expected online audience numbering in the millions, Blizzard Entertainment today announced Overwatch™, a pick-up-and-play first-person shooter featuring an amazing cast of heroes and set in an all-new Blizzard game universe.

The action of Overwatch takes place in a technologically advanced, highly stylized future earth. In a time of global crisis, an international task force of soldiers, scientists, adventurers, and oddities known as Overwatch had come together to restore peace to a war-torn world. After many years, the group’s influence waned, and it was eventually disbanded. Overwatch might be gone now . . . but the world still needs heroes.

With an emphasis on accessibility and pure fun, Overwatch brings Blizzard’s signature easy-to-learn, hard-to-master gameplay to the FPS genre. Harnessing the power of their hero of choice, players will join forces in teams of six and battle each other across a range of futuristic global locations, from the hologram-lit streets of London to a bazaar in the shadows of a high-tech Egyptian pyramid. Every battlefield is iconic and built to highlight each character’s unique abilities, and fights can shift from streets to rooftops to open skies within the span of a breath.

“Overwatch is our take on a vibrant, near-future universe with amped-up characters and action-packed team-based gameplay,” said Mike Morhaime, CEO and cofounder of Blizzard Entertainment. “With every new Blizzard game, we look at our favorite aspects of a genre and put our own spin on things. Our goal with Overwatch is to create an awesome FPS experience that’s more accessible to a much wider audience while delivering the action and depth that shooter fans love.”

The heroes of Overwatch each bring their own distinct weapons and superabilities to bear. Here’s just a glimpse of the numerous heroes that will ultimately fill Overwatch’s rosters:

While each hero represents a formidable force on their own, players can amplify their potential by assembling into a well-balanced team and creatively combining powers. No matter which hero or playstyle they prefer, players will be able to team up and accomplish the incredible in Overwatch.

At BlizzCon this weekend, Overwatch is fully playable and running on 600 PCs, and attendees there are the first in the world to play it. Gamers at the show are able to select from a current roster of 12 playable heroes and go 6v6 against each other, capturing or defending points and attacking or delivering payloads across three wildly different maps. New heroes and maps will continually be added to the game as development progresses, and beta testing will begin in 2015.

Learn more about Overwatch, including all of the heroes and maps revealed at BlizzCon, and sign up to participate in the upcoming beta test at the official website, www.playoverwatch.com. Further details about the game will be announced there in the months ahead.

With multiple games in development, Blizzard Entertainment has numerous positions currently available—visitjobs.blizzard.com for more information and to learn how to apply.