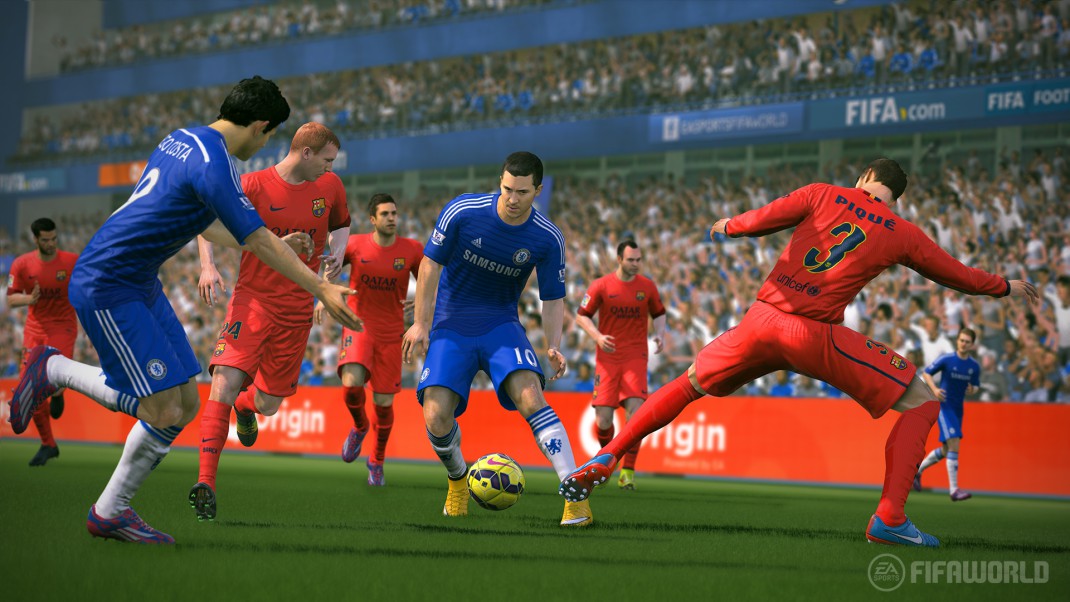 The new engine raises the bar for free-to-play football games and introduces a number of fan-favorite gameplay features from previous FIFA franchise titles, including Attacking Intelligence, which gives teammates the ability to analyze the play and better position themselves to create a variety of attacking opportunities, and Complete Dribbling adds creativity in attack by allowing fans to utilize precise dribble touches while facing defenders. Also included in the update, First Touch Control,  adds realism and variety in gameplay by eliminating near-perfect ball control and Tactical Free Kicks gives fans the option to position up to three attacking players over the ball, providing additional passing options and dummy runs, and resulting in elaborate free kicks. The new gameplay features are complemented by the addition of more than one thousand gameplay animations, helping to keep fans immersed in the action on the pitch.

“The new engine gives fans an even better, more realistic football experience while still keeping the game fun and accessible for fans around the world,” said Line Producer Alex Grimbley. ”And it all comes only six weeks after our New Season update, where we gave fans the ability to keep and use players from previous seasons in their current FIFA Ultimate Team squads, allowing fans even more possibilities when building their teams.”

After installing the free update, fans will immediately notice visual upgrades, including a new modernized look for the user interface and match presentation. The match experience has been enhanced by the addition of commentary adopted from FIFA 15, and six new stadiums have been added, including Villa Park, Boleyn Ground (Upton Park), The KC Stadium and the Liberty Stadium. FIFA World can now be played in Italian with a fully localized user interface and Italian match commentary, featuring Pierluigi Pardo and Stefano Nava as presenters – the game is now available in 10 languages.

By removing the barriers of having access to a console or a high powered PC, EA SPORTS FIFA World brings the FIFA experience to more gaming and football fans around the globe. Since entering Open Beta, EA SPORTS FIFA World has seen over 50 million matches played by fans from over 180 countries. Fans with an average spec laptop or desktop PC and a broadband Internet connection can play a fun, free*, authentic football game, driven by live content and featuring real players and real clubs from 33 leagues.

EA SPORTS FIFA World and the new gameplay engine update are available on Origin now. Start building your club for free* by registeringhere.