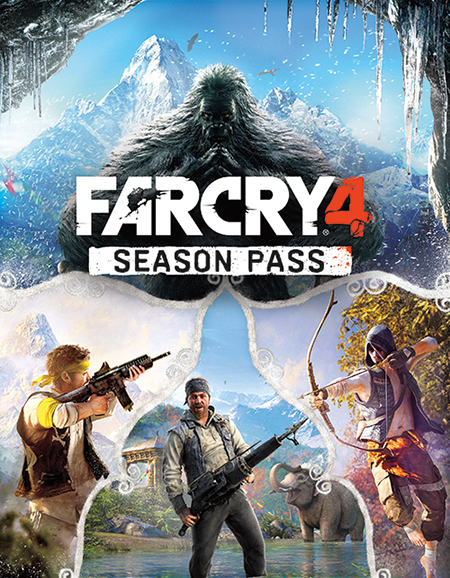 The Season Pass extends players’ time in Kyrat and includes new missions that can be completed in either single-player or co-op. Content includes a Season Pass exclusive day-one mission, prison break from Durgesh in an open world survival mode for single player and co-op, exclusive missions with Hurk and his harpoon gun, a new PvP mode that will have friends teaming up to fight opposing forces and a chance to encounter the rarest beast in the Himalayas – yetis.

Priced at $29.99, the Season Pass offers a savings of 20% compared to buying each piece of content individually and will be available with the launch of Far Cry 4 on November 18. Once purchased, the Season Pass enables the download of all included Far Cry 4 add-on content packs as they become available. Additionally, the Gold Edition, which includes Far Cry 4 and the Season Pass, is now available for pre-order on PlayStation® and PC for $89.99, and is coming soon to Xbox One.