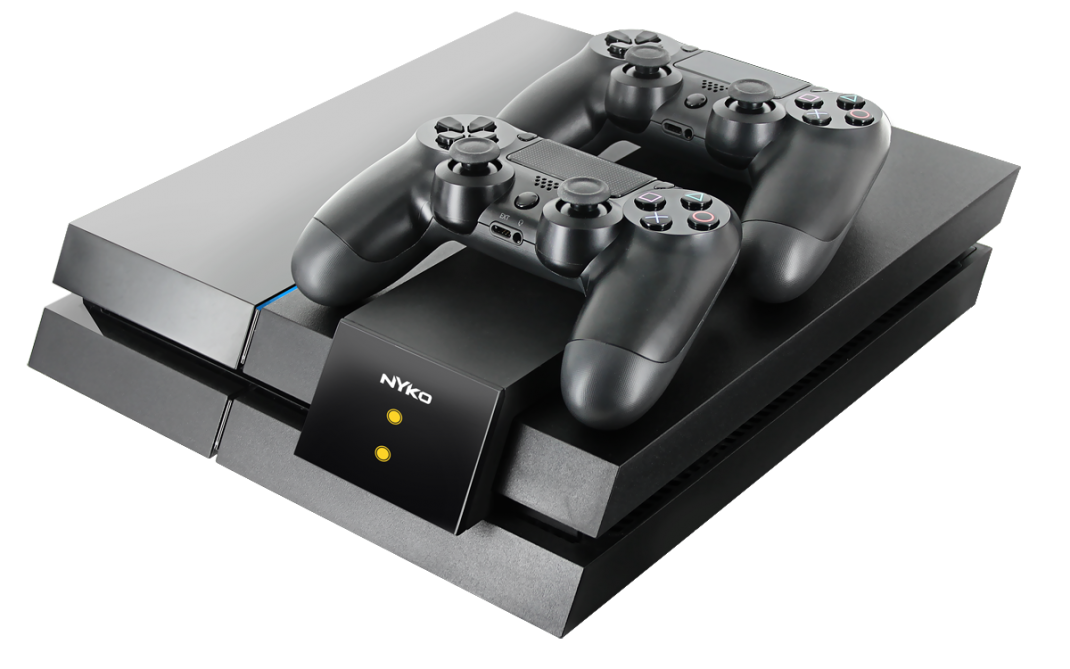 LOS ANGELES – Oct. 16, 2014 – Leading video game accessories manufacturer Nyko Technologies today announced that their patent-pending Modular Charge Station for PlayStation® 4, a completely wireless drop-and-go controller charging dock that attaches to the top of the console, is now available at select retailers. The Modular Charge Station for PS4 is offered in standard black, alongside the glacier white version, which launched in early September.

“The Modular Charge Station exemplifies the spirit of the Modular line: it’s compact, space-efficient, wireless, and above all else, completely unobtrusive,” said Nyko Marketing Director, Chris Arbogast. “We have designed a product that complements the console’s power and performance without complicating its minimalist design.”

The Modular Charge Station for PS4 is available now for $24.99 at select retailers. Patent Pending.