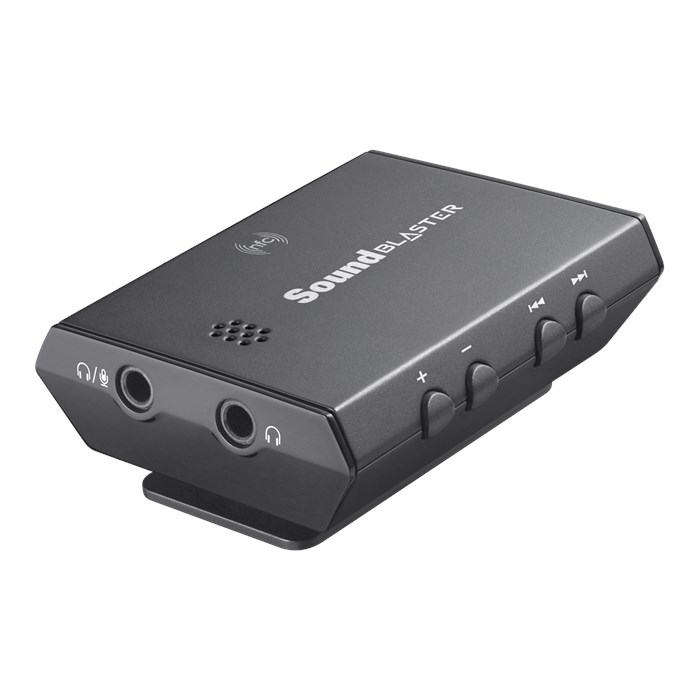 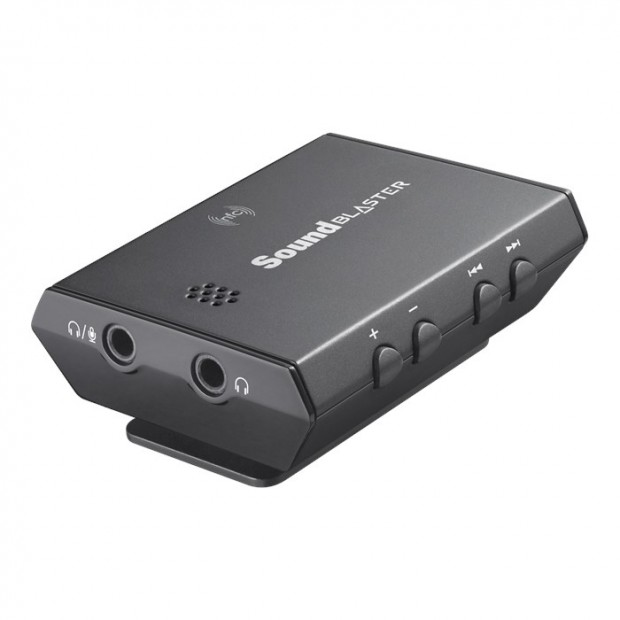 Creative Labs has been really pushing the personal audio envelope with their “E” series of headphone amplifiers. We got the chance to review their E1 portable headphone amplifier some time ago and loved its performance and the value it brought to our audio listening enjoyment. The Sound Blaster E3 is the mid-level model in the E series lineup, being geared towards gamers as much as people who like high quality audio from their iPhones/music players. 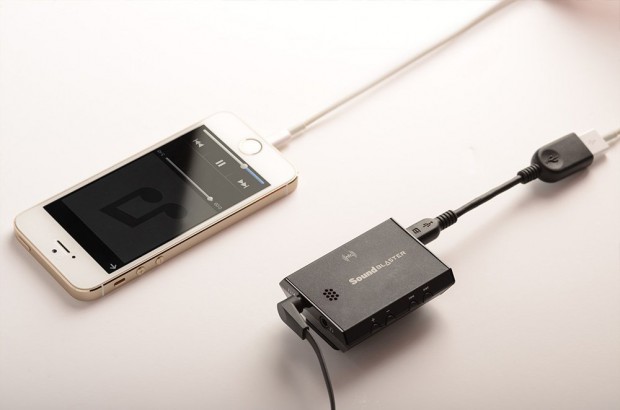 The beefier Sound Blaster E3 is about 40% larger than the lower-end E1, but each share a very similar look. The E3 features a dark gray plastic body with connectivity ports on each end and control buttons along each of its sides.  While the E3 is visually interesting with a classy design, its functionality is even more impressive. Users can plug the Sound Blaster E3 into their PC or Mac computers and use the unit as a full-fledged external Sound Blaster sound card. Games sound very good while using it for audio – just make sure you download the Sound Blaster E-Series control panel software to set it up properly. The Sound Blaster E3 also acts as a USB digital-analog converter (DAC) so if your tablet or phone happens to have a USB output port, you can make use of it.

Aside from being useful as an external sound card, the Sound Blaster E3 makes for a very handy 600 omh audio amplifier! This is especially handy for playing audio from your smartphone as the audio output of most phones is just inadequate for an engrossing listening experience. With the E3, your smartphone audio becomes much more powerful. One of the more interesting features of the Sound Blaster E3 is its dual heaphone output ports. Because of its powerful amplification, the E3 will let you use two headphones! This means you can share your audio with a friend or whoever else you like and your audio quality will not suffer because of it. 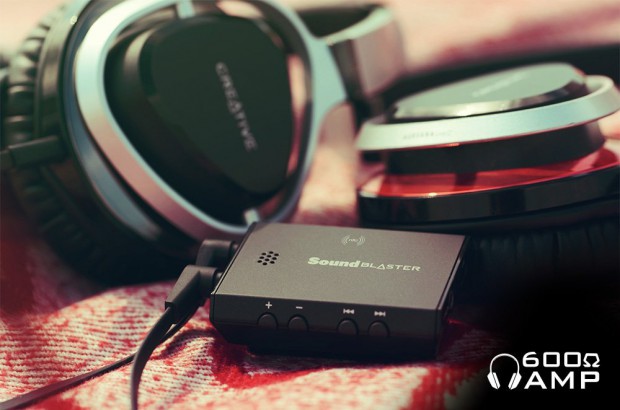 Also of note is that the Sound Blaster E3 can connect to your smartphone via both Bluetooth as well as NFC technologies. These are huge pluses for the E3 that the E1 simply did not have. However, it should be noted that your battery life will suffer while using the wireless modes. You will get about 8 hours of audio when only using the wireless modes. Of course, you can also connect to it via wired 3.5mm input port, so you have a lot of options available to you. That’s a big push for the E series of Sound Blaster products – versatility. These products do a whole lot for their price points and this versatility makes then handy in several situations. Want to make a call when using the Sound Blaster E3 on your smartphone? Well, the E3 has a built-in speaker which picks up clearly and the caller on the other end of the line.