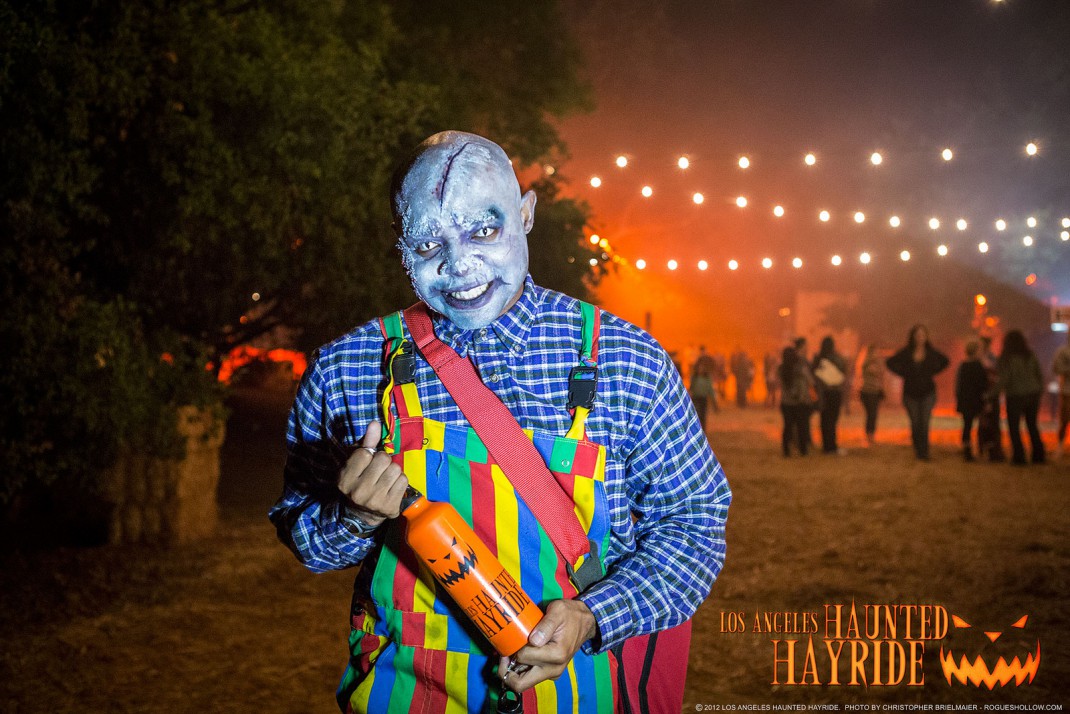 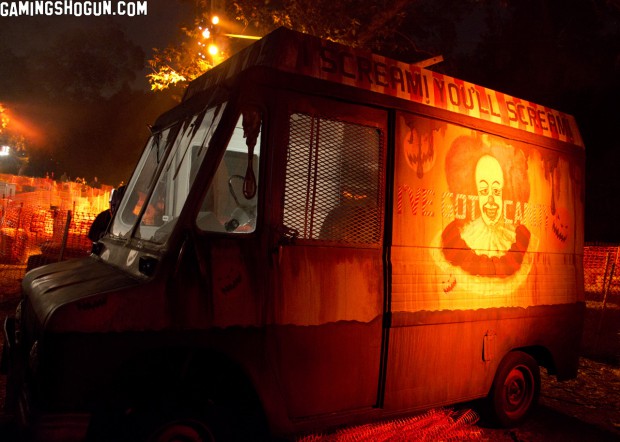 (Los Angeles, CA – August 18, 2014) Located in Griffith Park’s Old Zoo area, the Los Angeles Haunted Hayride will become a portal to the planet’s deepest and most legendary rift, The Underworld. Larger than life portrayals of the seven deadly sins and their consequences will “echo from the rift” and come out to play in one of the most paranormally active sites in all of California. Celebrating its sixth season, Los Angeles Haunted Hayride boasts NEW experiences including two Apocalyptic-themed mazes (“House of the Horsemen” and “Seven Sins Sideshow”), a 40-foot long Leviathan, an interactive theatre production (“Theatre Macabre”), the world-renowned Street Drum Corps (“Blood Drums”), and the FIRST sway polers to the United States. “Each year is a challenge to develop something completely unique that we know our attendees haven’t seen before…a challenge to out-do ourselves,” explains Melissa Carbone, CEO of Ten Thirty One Productions. “This year, we’re going to dizzy our attendees with mind blowing content that has never existed in this space by tapping techniques and skill sets that we had to import from other countries because they do not exist in the U.S. Even my jaw is to the ground!” 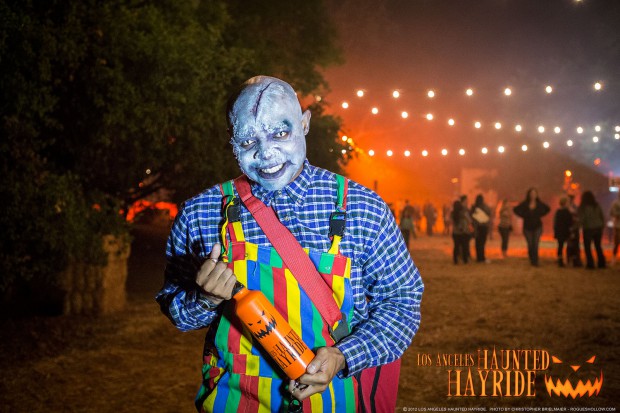 In this year’s Purgatory, a haunted village that entertains guests while they wait in line, new experiences include:

The Purgatory main stage will be reintroduced as “Theatre Macabre,” where the audience members become the stars. This audience participation, interactive theatre features famous scenes from iconic horror films such as The Lost Boys, Exorcist, Carrie, Psycho and more.

Also new to Purgatory this year, are the world-renowned Street Drum Corps. Instead of it raining blood last year, Street Drum Corps will be splashing guests with their high energy, drum and percussion show. Returning to Purgatory are the crowd favorites “In-Between Dark Maze”, a black labyrinth that sends patrons into the darkness with nothing but a low voltage lantern, and “Death Row,” an interactive room that allows guests an up close and personal look at devices of death used throughout history. Also returning is the Scary- Go-Round, House Of Mirrors, Jack’s Carving Shack, Death Row, Psychics, Freak Shows, Demonic Stilt Walkers, and more.

General Admission is $30, All Attraction Pass is $42, and VIP pass is $58 (allowing guests to surpass any line).

All Attractions Pass and VIP Pass allows access to “House of The Horsemen” and “Seven Sins Sideshow.” Each purchase supports the LA Parks Foundation, preserving parks for the people of Los Angeles. Los Angeles Haunted Hayride is a Fur Free Attraction; there is plenty of blood and guts on the ride!