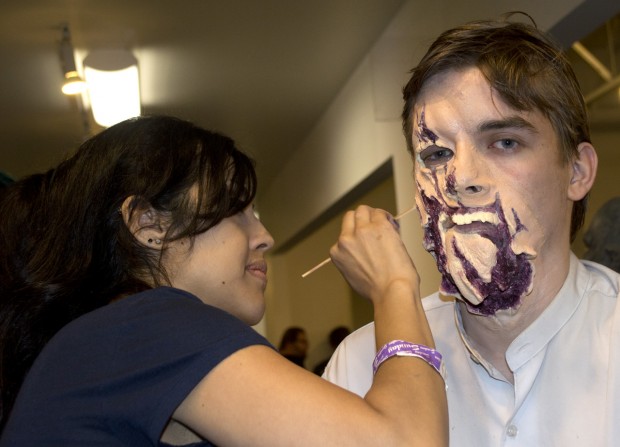 “This is a huge deal for us, and an incredibly exciting moment for Halloween fans,” explains Rick West, Programming Producer of ScareLA. “For the first time ever anywhere, four of Southern California’s premier theme parks are coming together as a united front on one stage at the same time to discuss what it takes to bring thousands of monsters to life every night for their high-profile events! I am very excited about this panel in particular, because it embodies the spirit of what ScareLA is at its core – the celebration of Halloween as a singular community here in Southern California.”

The convention boasts a titillating speaker line-up revealing of over 20 West Coast attractions to unveil exclusive news about Halloween 2014 to their fans for the first time along with hands-on workshops, onsite attractions and an exhibitor show floor designed to inspire and promote play.

ScareLA returns to downtown Los Angeles on August 9 and 10, 2014 at The Reef (formerly LA Mart). The convention sets itself apart from other horror or haunted attraction conventions by focusing on engaging attendees with interactive and educational experiences at every turn.