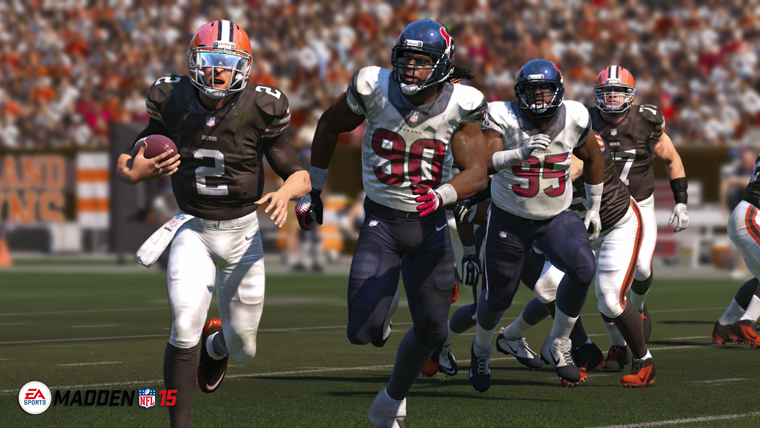 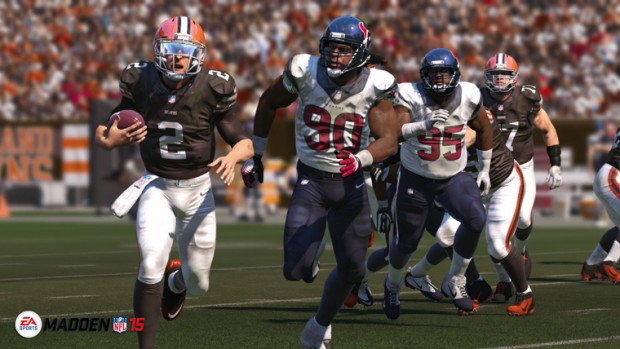 July 21, 2014 – NFL players and fans are holding their breath as the first official player ratings have been revealed on the Madden Ratings Hub. Today the top 10 rookies take the stage, with top overall draft pick Jadeveon Clowney and #2 pick Greg Robinson sharing the top rating at 83 overall. Other top flite rookies include Oakland Raiders linebacker Khalil Mack (81), Bills wideout Sammy Watkins (80) and Packers safety HaHa Clinton-Dix (79). Browns QB Johnny Manziel didn’t manage to crack the top 10, so fans wondering were Johnny Football ended up will have to check back on Aug 1 when the full AFC North ratings are unveiled.

Additional ratings info is coming daily, with a new position group being announced every day. Here’s the full schedule for when ratings will be released:

Madden NFL 15 allows players to transform into their rival’s worst nightmare with a new breed of defense, built to challenge the best offenses in the NFL. A new arsenal of pass rush moves, an intuitive tackling system, improved coverage logic, and immersive new camera angles make defense more exciting and fun than ever. Fans can call plays with confidence thanks to an all-new crowd-sourced recommendation engine built from millions of online games played by the Madden NFL community.  Add in all-new NFL Films inspired presentation and it’s not just football, it’s Madden Season.