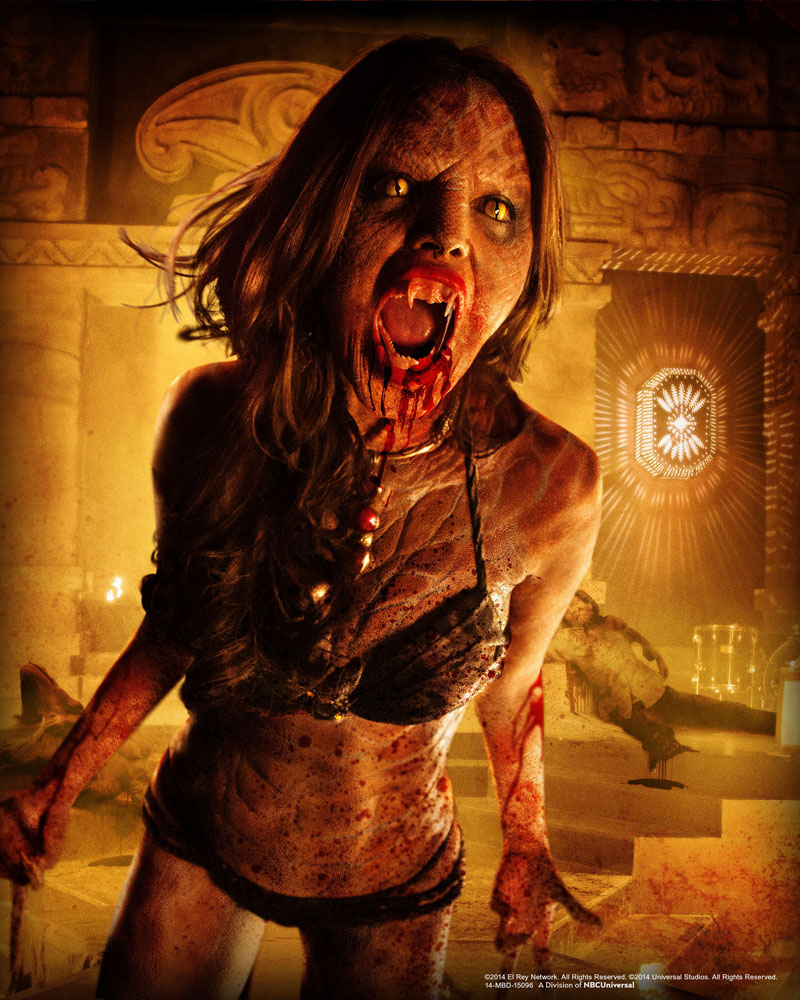 From Dusk Till Dawn Announced as Horror Nights Maze 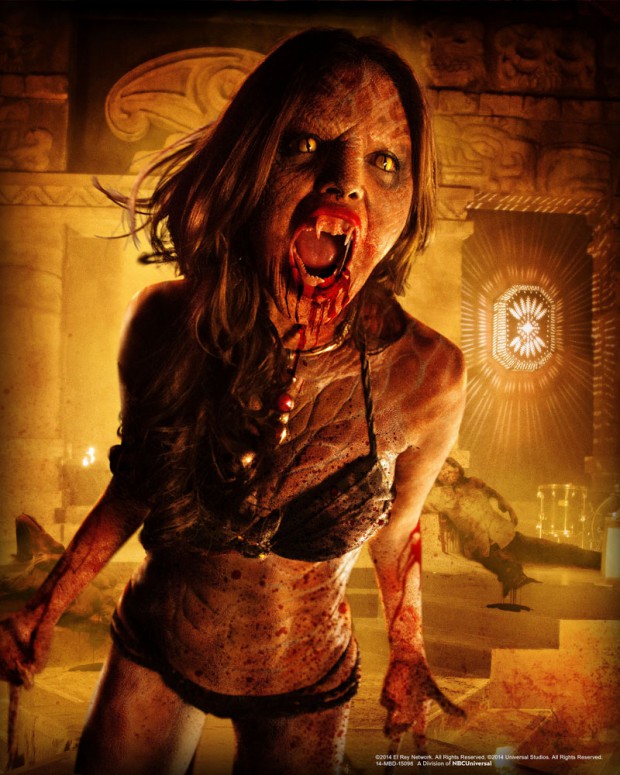 This all-new maze, inspired by the critically acclaimed television series, will thrust guests into the deviant world of “From Dusk Till Dawn,” where they will encounter sordid mythological creatures known as “Culebras,” serpent-like vampires who have tormented the earth for centuries.  Residing within the elusive and sinister nightclub, “The Twister,” located just over the Mexican border and above cursed ancient ruins, the “Culebras” prove to be a band of immoral and depraved beasts with a deadly agenda. As guests navigate the maze and venture deep within the bowels of “The Twister,” they will find themselves face to face with a cast of perverse characters, including exotic dancer, Santanico Pandemonium, a mysterious and irresistible “Culebras” femme fatale and Queen Vampire.

Based on the film of the same name, “From Dusk Till Dawn: The Series” is a supernatural crime saga centered around bank robber, Seth Gecko and his violent, unpredictable brother, Richard “Richie” Gecko, who are wanted by the FBI after a bank heist leaves several people dead.  While on the run to Mexico, Seth and Richie encounter former pastor Jacob Fuller and his family, whom they take hostage. Using the family RV to cross the border, chaos ensues when the group detours to a club populated by vampires and are forced to fight until dawn in order to get out alive. The series deepens the tone of the film, From Dusk Till Dawn, upon which it is based, adding new characters and backstories that expand the Mesoamerican mythology behind the creatures inside the club.

“Universal Studios’ ‘Halloween Horror Nights’ event is the ideal platform to take fans of ‘From Dusk Till Dawn’ to literally experience the terror of stepping into the show,” said Robert Rodriguez.  “It has been an incredible opportunity to work closely with the Creative teams at both Universal Studios Hollywood and Universal Orlando Resort to bring this maze to life with such detail and authenticity.  This maze will capture the visceral excitement and thrills of the series, and I can’t wait to experience it myself.”

A versatile and award-winning filmmaker, Robert Rodriguez is renowned for directing a variety of successful and groundbreaking film sagas, including such cult horror classics as Planet Terror, Machete, Grindhouse and From Dusk Till Dawn, upon which El Rey Network’s hit television show, “From Dusk Till Dawn:  The Series” is based. Rodriguez is also the Founder & Chairman of El Rey Network, a 24-hour, general entertainment English-language cable channel which debuted in the U.S. in December 2013.

“Robert Rodriguez’ genius in pushing the boundaries of the horror genre is a perfect pairing for ‘Halloween Horror Nights’ as we continue to intensify our event with the most credible horror voices within the entertainment industry,” said John Murdy, Creative Director for Universal Studios Hollywood and Executive Producer of “Halloween Horror Nights.” “This radical new maze will give fans of ‘From Dusk Till Dawn’ an unprecedented opportunity to experience the show’s Mesoamerican mythology and will come to life with the same attention to detail and production value that Robert’s work is known for.”

“Robert Rodriguez’s vision of ‘From Dusk Till Dawn’ has translated so well into a maze experience,” said Michael Aiello, Director of Entertainment – Creative Development, Universal Orlando Resort.  “We will feature the over-the-top gore that the show does so well and our guests will come face-to-face with Robert’s unique and wickedly cool take on the vampire mythos that is completely authentic to the show. From the Nightclub interiors to the inner sanctum of its tombs, these bloodthirsty beasts will be everywhere and have a thirst that can’t be quenched.”

Universal Studios’ “Halloween Horror Nights” events have a more than 20-year history of creating incredibly entertaining, horrifying Halloween experiences that are consistently rated the nation’s best. The events on each coast feature highly-themed, disturbingly real, haunted mazes based on everything from films to nightmares – and streets filled with hundreds of specially trained “scareactors.” In addition to the “From Dusk Till Dawn” maze, other announced mazes include, “The Walking Dead:  The End of the Line.” 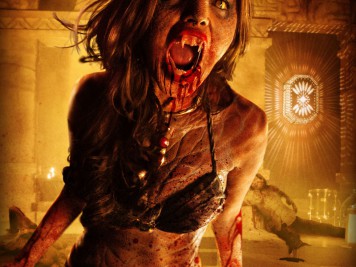