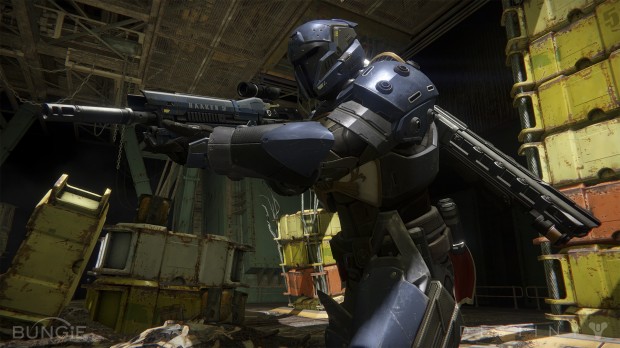 Santa Monica, CA – July 7, 2014 – Activision Publishing, Inc., a wholly owned subsidiary of Activision Blizzard, Inc. (NASDAQ: ATVI), and Bungie today confirmed the calendar for the highly anticipated Destiny Beta, which will include a diverse sampling of major activities featured in the full game. Fans who pre-orderDestiny at a participating retailer are guaranteed access into the Beta, which will commence as follows:

“As we prepare to launch our first Beta on multiple console platforms around the world, we are excited and eager to open the flood gates,” said Harold Ryan, Bungie’s president.  “We already love to play Destiny, and with your help we can be ready for our launch in September.”

Activision and Bungie also revealed today three epic collector’s edition versions of the game. The Destiny Ghost Edition and the Destiny Limited Edition both include the following:

The Destiny Ghost Edition will also include the following:

The Destiny Ghost Edition ($149.99), the Destiny Limited Edition ($99.99), theDestiny Digital Guardian Edition ($89.99) and the Destiny Expansion Pass($34.99 for the pass, Expansion I and Expansion II will be priced individually at $19.99 when they launch) are available for pre-order now. All pre-orders on any sku will include access to the Vanguard Armory that includes early access to weapons, gear and exclusive player emblem. Fans can visit http://www.destinythegame.com/wheretobuy to see a list of participating global retailers.

For more information about the Beta and the Destiny collector’s editions, visit www.DestinyTheGame.com.  For exclusive updates, follow the official Destiny social channels at www.facebook.com/DestinyTheGame and @DestinyTheGame on Twitter, and interact directly with the developers at www.Bungie.net.