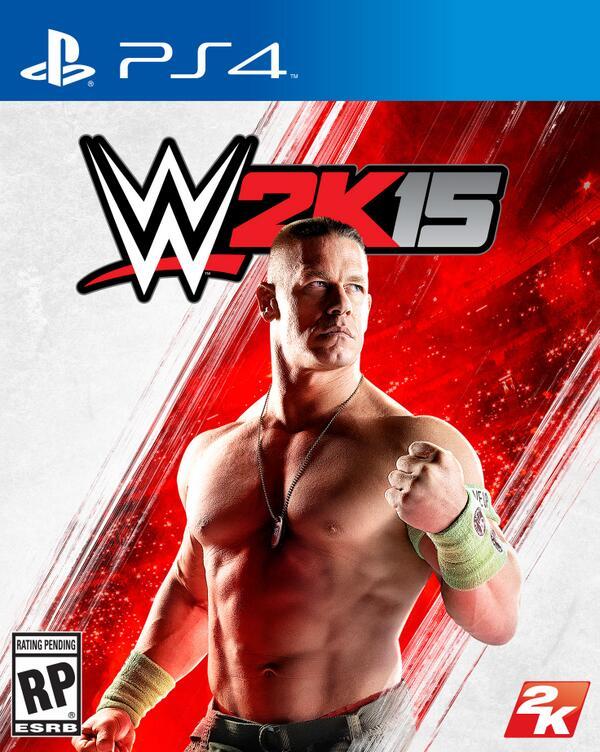 New York, NY – July 1, 2014 – 2K today announced WWE Superstar John Cena® as the cover Superstar for WWE® 2K15, the forthcoming release in the flagship WWE franchise. Cena’s image reflects his commitment, strength and leadership both in and out of the WWE ring. The image will usher in the next-generation debut of WWE video games with WWE 2K15, which is currently in development for Xbox One, the all-in-one games and entertainment system and Xbox 360 games and entertainment system from Microsoft, as well as the PlayStation®4 and PlayStation®3 computer entertainment systems. WWE 2K15 is scheduled for release on October 28, 2014 in North America and October 31, 2014 internationally.

“It is truly an honor and privilege to serve as the WWE 2K15 cover Superstar,” said Cena. “2K has a tremendous history of sports simulation games and cover athletes, including Michael Jordan, Kevin Durant, LeBron James and of course, Dwayne ‘The Rock®’ Johnson. I look forward to carrying the flag for WWE 2K15 and introducing the incredible next-generation of WWE gaming to the WWE Universe.”

Cena has established himself as one of the most prolific WWE Superstars of all time. A pop-culture fixture, Cena is frequently recognized for his film, television and music endeavors, as well as for granting more than 400 wishes to children with life-threatening illnesses through the Make-a-Wish Foundation, more than any other celebrity. In addition, Cena is one of the world’s most popular athletes across social media with more than six million Twitter followers, as well as 27 million likes on Facebook, making him the most-followed active U.S. athlete on Facebook.

“With his outstanding record of accomplishments in WWE and beyond, the iconic John Cena is the perfect WWE Superstar to represent the WWE 2K franchise as we launch the first-ever WWE video game on next-generation consoles,” said Chris Snyder, Vice President of Marketing at 2K. “Along with monumental gameplay, graphical and presentation improvements, we are confident that Cena will driveWWE 2K15 to cement its spot in history as the greatest WWE video game released to date.”

Developed collaboratively by Yukes and Visual Concepts, a 2K studio, WWE 2K15 is not yet rated by the ESRB. WWE 2K15 is currently scheduled for release on Xbox One, Xbox 360, PS4™ and PS3™ onOctober 28, 2014 in North America and October 31, 2014 internationally.