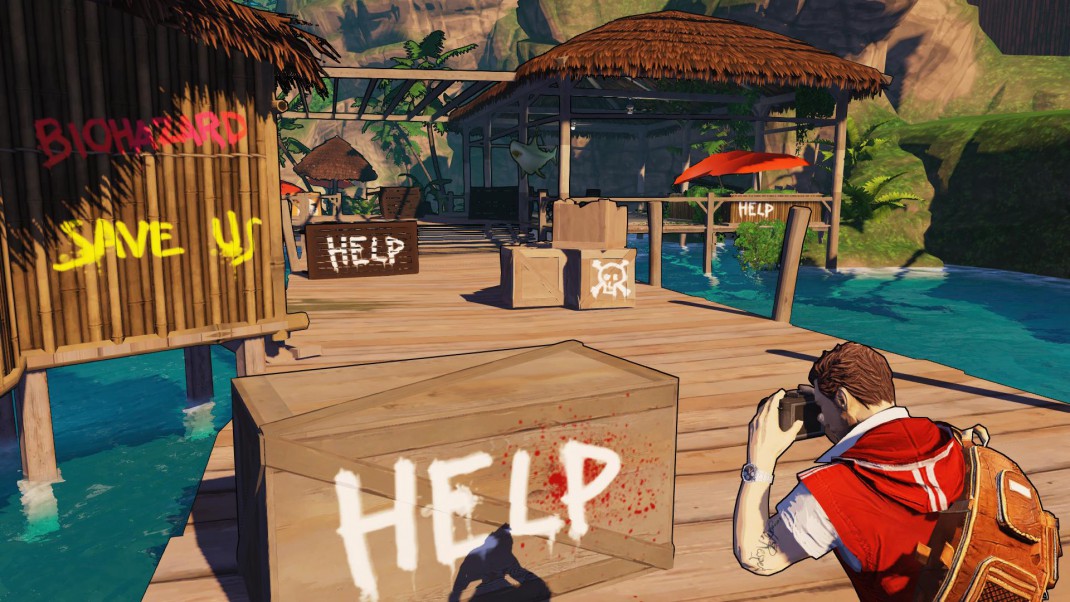 Larkspur, Calif.  July 1, 2014  Explore the quarantined island of Narapela and get to the bottom of the sinister zombie virus plaguing humanity this fall as publisher Deep Silver revealed Escape Dead Island today – the brand new survival mystery game taking place in the Dead Island universe, coming this fall to the PlayStation®3, Microsoft Xbox 360 and PC for $39.99. In this single-player experience, fans will take on the role of ambitious Cliff Calo, son of a wealthy media empire mogul with a chip on his shoulder and something to prove, as he traverses across the globe to Banoi after hearing about the gruesome events that took place in the original global best-seller, Dead Island. Can Cliff uncover the clandestine origins of the virus and get out before its too late?

With an exceptionally striking comic-vignette art style, Escape Dead Island emphasizes a story driven plot which pits players against their own psyche as they try to escape the island and the cryptic, looping horrors that lurk there. Penned by Emmy® award-winning author Anne Toole, Escape Dead Island catapults Dead Island fans onto a lush tropical island infested with brutal zombies where only cunning stealth can help players retain their sanity.

Fans who purchase Escape Dead Island via GameStop will have exclusive, guaranteed access to the Dead Island 2 beta event next year. GameStop Rewards members will be automatically entered into the July Epic Reward promotion. One winner will be selected and flown to Berlin, Germany, to get digitally scanned and placed as an in-game zombie character in the upcoming Dead Island 2 developed by Yager. Dead Island 2 is currently under development and scheduled for release in 2015.

Building on the success of the Dead Island franchise, gaming and zombie fans are in for a treat with the launch of the new Escape Dead Island title, said Darron Nielsen, senior merchant for GameStop. To celebrate the launch of the game, we have partnered with Deep Silver to offer a GameStop pre-order beta exclusive that will allow customers to get a glimpse of what Dead Island 2 will bring to next generation gaming platforms.

For more about the Dead Island universe find everything you need at: