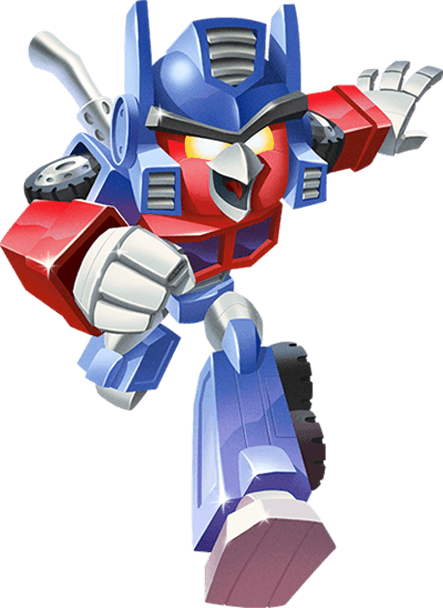 Espoo, Finland, and Pawtucket R.I. — June 16th 2014 — Autobirds, assemble! Rovio Entertainment and Hasbro, Inc. (NASDAQ: HAS) are teaming up again to bring together two of the world’s largest and most popular entertainment brands and their fans. Angry Birds Transformers will come to life in multiple forms, including a mobile game, consumer licensed goods and a product line from Hasbro.

“We’re really excited to combine the iconic Transformers universe with the quirky world of Angry Birds” said Blanca Juti, Chief Marketing Officer of Rovio. “This mash-up is going to appeal to those who grew up with the brand in the 80s, as well as fans of the brand today. People are going to love it!”

“Angry Birds Transformers provides fans worldwide with a fun, new story and characters, and innovative ways, like our TELEPODS platform, for consumers to engage with the brand” said John Frascotti, Chief Marketing Officer at Hasbro. “We collaborated with Rovio to create opportunities for kids and families to experience Autobirds and Deceptihogs across multiple formats and entertainment platforms, for a completely immersive branded experience.”

Rovio Entertainment and Hasbro, Inc. are participating in the 2014 Las Vegas Licensing Expo on June 17-19. Rovio proudly announces that it has been nominated in four categories in 2014 LIMA awards (Best Digital/New Media Program, Best Licensed Promotion, Best Digital/New Media Licensee and Overall Best Licensed Program) and the winners will be announced at the LIMA Opening Night Awards Ceremony on June 17th.