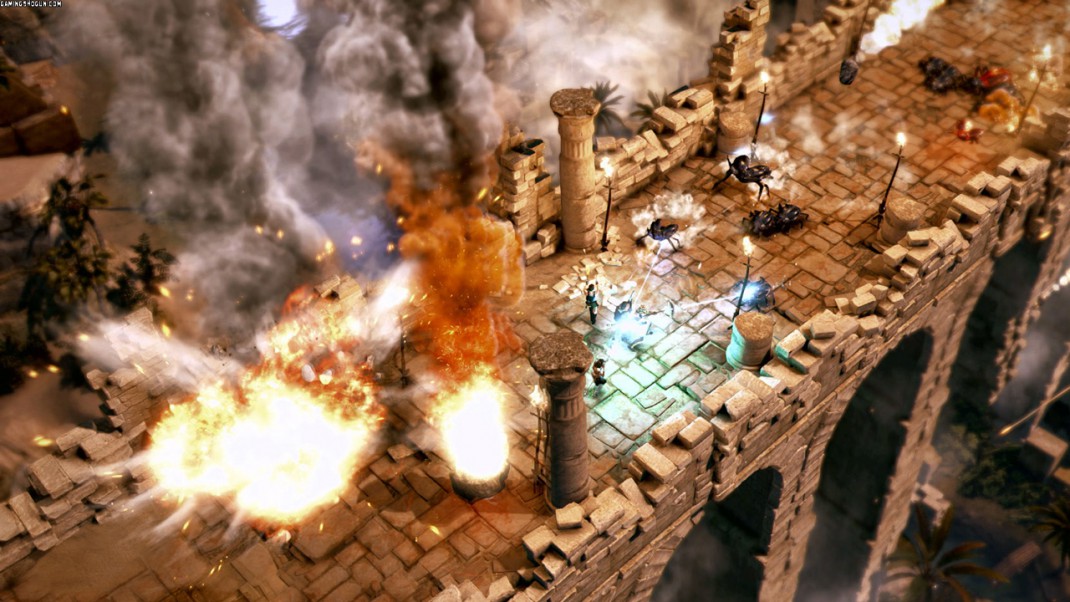 Lara Croft and the Temple of Osiris Announced With Trailer

REDWOOD CITY– MAY 20, 2014 – Crystal Dynamics, a Square Enix studio, today announced its latest title in the Lara Croft series, Lara Croft® and the Temple of Osiris™. The game will launch on the Xbox One, the all-in-one games and entertainment system from Microsoft, the PlayStation®4 computer entertainment system, and Windows® PC.

Lara Croft and the Temple of Osiris is the sequel to the critically-acclaimed Lara Croft and the Guardian of Light, and the first-ever four-player co-op experience with Lara Croft. Featuring stunning visuals and a brand-new story, players must work together to explore the temple, defeat hordes of enemies from the Egyptian underworld, solve devious puzzles, and avoid deadly traps. All the while, players will compete for treasure, powerful artifacts, and ultimate bragging rights.

“After the immensely positive reception we received for our debut co-op adventure  Lara Croft and the Guardian of Light, we always hoped that we would find the time for Lara to return in another classic AAA digital arcade title,” said Darrell Gallagher, Head of Product Development and Western Studios. “We are excited to expand upon Guardian of Light’s legacy with an entirely new adventure, and challenged ourselves to create fun new ways to play. Four-player co-op in Lara’s world combined with Crystal Dynamics’ high production values are being brought to a new generation of platforms and we are excited for more friends to share in the adventure together.”

Lara Croft and the Temple of Osiris takes place deep in the deserts of Egypt. In her new adventure, Lara must join forces with rival treasure hunter Carter Bell and imprisoned gods Horus and Isis, to defeat the evil god Set. As Lara and her companions fight the elements of nature across the sands and through ancient tombs, they will battle legendary deities and creatures of myth. With the fate of the world at stake, Lara must recover the fragments of Osiris to stop Set from enslaving all mankind.