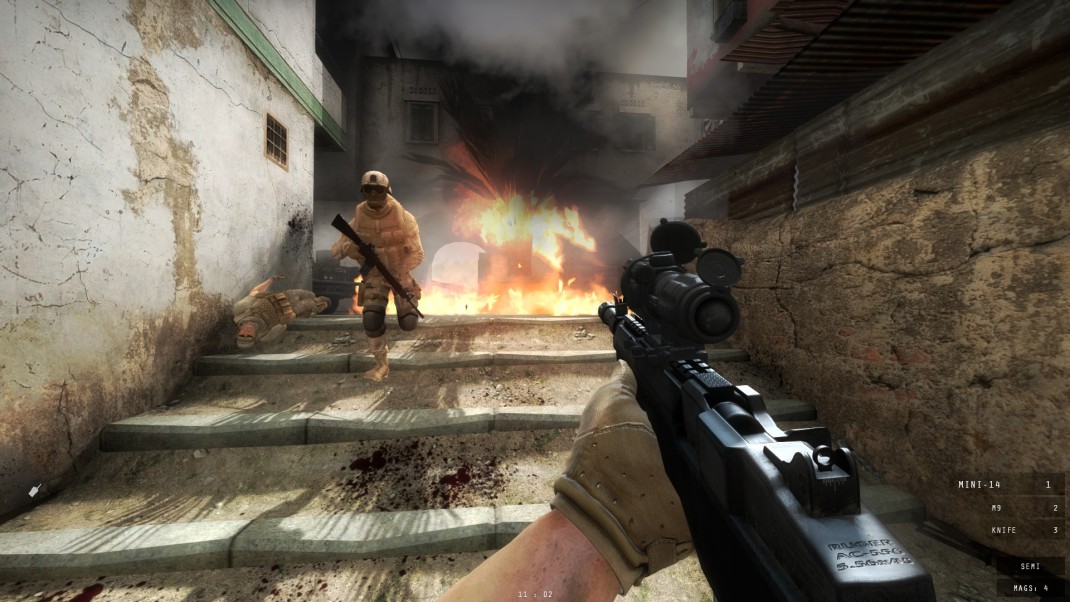 To commemorate this milestone update, INSURGENCY is available on Steam’s week long promotional deal for only $9.99 (a 33% discount from the SRP of $14.99).

“We are committed to expanding upon the INSURGENCY experience, which to us means the continued release of new content as well as providing our community with the ability to add replayability to the game by creating new content of their own,” said Jeremy Blum, Founder and Game Director at NWI.

“Since INSURGENCY was originally a mod itself, allowing the community to create custom content for the game is synonymous with our team’s culture. We are excited to see what our community is able to create, and to be able to utilize such a powerful tool as Workshop to ensure that quality content will be easily recognized and accessed by players.”

In addition to Steam Workshop integration, INSURGENCY is also receiving a content update today that includes a new map called Sinjar, which is a remastering of one of the most popular maps in Insurgency: Modern Infantry Combat mod, the prequel to INSURGENCY. There is also a new weapon for the Security team – the M14 EBR.

In addition to new content, there are various bug fixes and gameplay tweaks. Matchmaking is extended to all game modes and custom maps, which has been requested by the community.

Built on Valve’s Source Engine, INSURGENCY supports up to 32-person multiplayer and six-player cooperative, and showcases a training level as well as offline practice against AI to ease the learning curve for newcomers. The game is built for Windows PC and Mac OS X with Linux support in development.