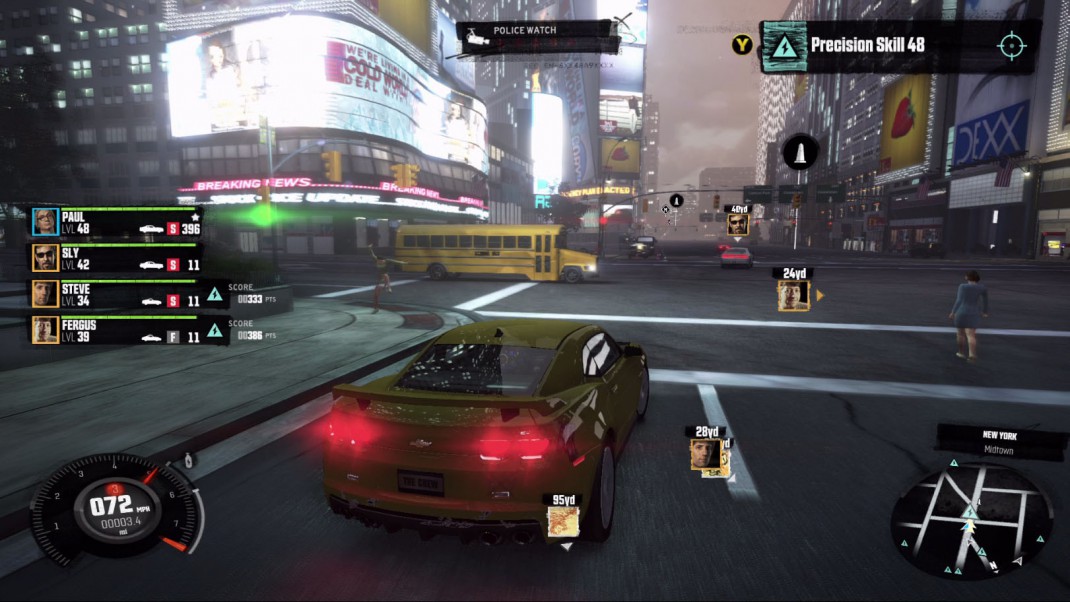 The Crew Coming this Fall, Gets New Trailer

The Crew is a revolutionary action-driving game that takes gamers on a reckless ride throughout a massive, open-world recreation of the United States brimming with exciting challenges and populated by other real players.

The Crew’s premiere gameplay trailer, released today, shows four cars, each in a different iconic region of the United States, forming a crew to continue their journey together across the living, breathing open-world.

The Crew is now available for pre-order in two different editions for Xbox One and PlayStation 4. The Limited Edition will grant early access to rides that will prepare gamers for any road—and off-road—conditions. Players who pre-order this edition will receive early access to the BMW Z4 sDrive35is, Mini Cooper S, and Dodge Ram SRT-10 and their respective sets of full custom and performance parts. The Muscle Edition, which can only be pre-ordered at GameStop, will include all early unlock content from the Limited Edition and will also grant exclusive early access to the 2015 Ford Mustang GT. Both Editions include 10,000 bonus Crew Credits. Players can pre-order The Crew for Xbox One and PlayStation 4 at their local retailers.

For more information on The Crew, please visit: http://thecrewgame.com