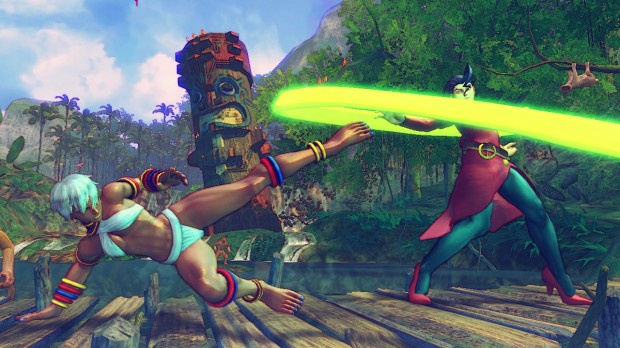 SAN FRANCISCO, CA – Apr. 2, 2014 –Virgin Gaming, the destination for competitive console gaming, has partnered with the Capcom Pro Tour to offer the Street Fighter Online Series. Beginning April 8th, players in North America, South America and Europe will be able to participate in regional online tournaments, where the top 16 competitors from each region will be awarded points that count towards the overall Capcom Pro Tour standings. Virgin Gaming will be hosting this Street Fighter Online Series, helping Street Fighter IV competitors who aren’t able to attend live events qualify for the Capcom Cup from their home consoles.

Comprised of a combination of premier events, ranking tournaments and the Street Fighter Online Series, the Capcom Pro Tour establishes a year-long foundation for the fighting game community, culminating with the grand finals at the Capcom Cup this December.  The goal of the Capcom Pro Tour is to provide an infrastructure which helps support tournament organizers, while delivering increased production values, supplementary video content, and new opportunities for players, content creators and sponsors. The tour will focus solely on the Street Fighter IV series, with the early portion of the tour featuring Super Street Fighter IV Arcade Edition, then transitioning to Ultra Street Fighter IV after it releases in June.