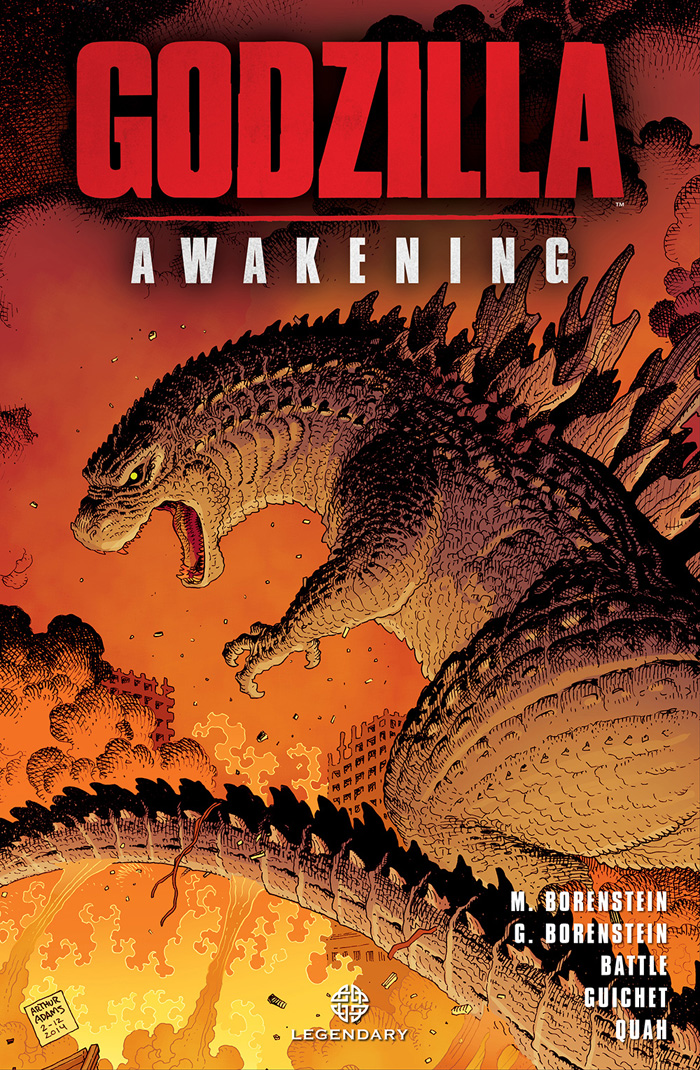 Mar 26th, 2014 — In May 2014, audiences will witness the epic rebirth of the King of the Monsters as Warner Bros. Pictures and Legendary Pictures unleash Godzilla upon the big screen. To pave the way for the iconic creature’s return, Legendary Comics is proud to present the official graphic novel Godzilla: Awakening. This 80-page story, set decades before the film, is co-written by Max Borenstein (screenwriter of the new Godzilla) and Greg Borenstein.

Delve into an incredible mystery, generations in the making. At the dawn of the atomic age, humanity awakens life forms beyond imagination, unleashing monumental forces of nature. This explosive, larger-than-life adventure is the perfect way for fans to glimpse the new Godzilla before seeing the film in theaters.

Godzilla: Awakening is on sale May 7, 2014.  Visit legendary.com/comics for all the latest news as the legend of Godzilla is reborn!

Gareth Edwards directs Godzilla from a screenplay by Max Borenstein, story by David Callaham, based on the character “Godzilla” owned and created by TOHO CO., LTD.  Thomas Tull and Jon Jashni are producing with Mary Parent and Brian Rogers.  Patricia Whitcher and Alex Garcia are serving as executive producers, alongside Yoshimitsu Banno and Kenji Okuhira.