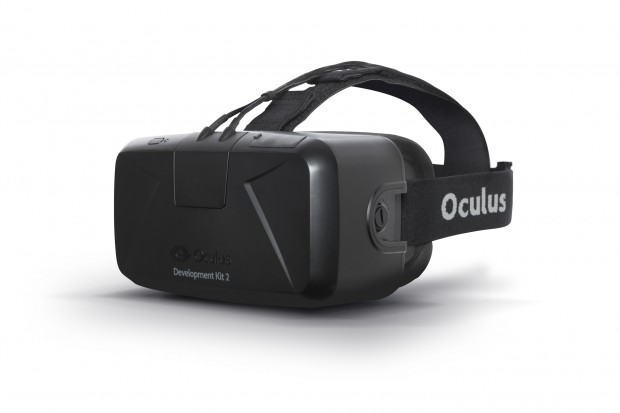 So… This is either going to be great or not so great. It looks like Facebook has acquired Oculus VR for a whopping $2 Billion dollars. The danger? Will Facebook significantly alter the Oculus plan of creating a VR device for amazing PC gaming? Will “Facebook Next” be VR compatible? Personally, I don’t want to see a VR version of Farmville. Let’s cross our fingers that this is not the case and they leave them independent!

We started Oculus with a vision of delivering incredible, affordable, and ubiquitous consumer virtual reality to the world. We’ve come a long way in the last 18 months: from foam core prototypes built in a garage to an incredible community of active and talented developers with more than 75,000 development kits ordered. In the process, we’ve defined what consumer virtual reality needs to be and what it’s going to require to deliver it.

A few months ago, Mark, Chris, and Cory from the Facebook team came down to visit our office, see the latest demos, and discuss how we could work together to bring our vision to millions of people. As we talked more, we discovered the two teams shared an even deeper vision of creating a new platform for interaction that allows billions of people to connect in a way never before possible.

Today, we’re pleased to announce that we’ve joined forces with Facebook to create the best virtual reality platform in the world.

At first glance, it might not seem obvious why Oculus is partnering with Facebook, a company focused on connecting people, investing in internet access for the world and pushing an open computing platform. But when you consider it more carefully, we’re culturally aligned with a focus on innovating and hiring the best and brightest; we believe communication drives new platforms; we want to contribute to a more open, connected world; and we both see virtual reality as the next step.

Most important, Facebook understands the potential for VR. Mark and his team share our vision for virtual reality’s potential to transform the way we learn, share, play, and communicate. Facebook is a company that believes that anything is possible with the right group of people, and we couldn’t agree more.

This partnership is one of the most important moments for virtual reality: it gives us the best shot at truly changing the world. It opens doors to new opportunities and partnerships, reduces risk on the manufacturing and work capital side, allows us to publish more made-for-VR content, and lets us focus on what we do best: solving hard engineering challenges and delivering the future of VR.

Over the next 10 years, virtual reality will become ubiquitous, affordable, and transformative, and it begins with a truly next-generation gaming experience. This partnership ensures that the Oculus platform is coming, and that it’s going to change gaming forever.

We’ll see you in the Metaverse!