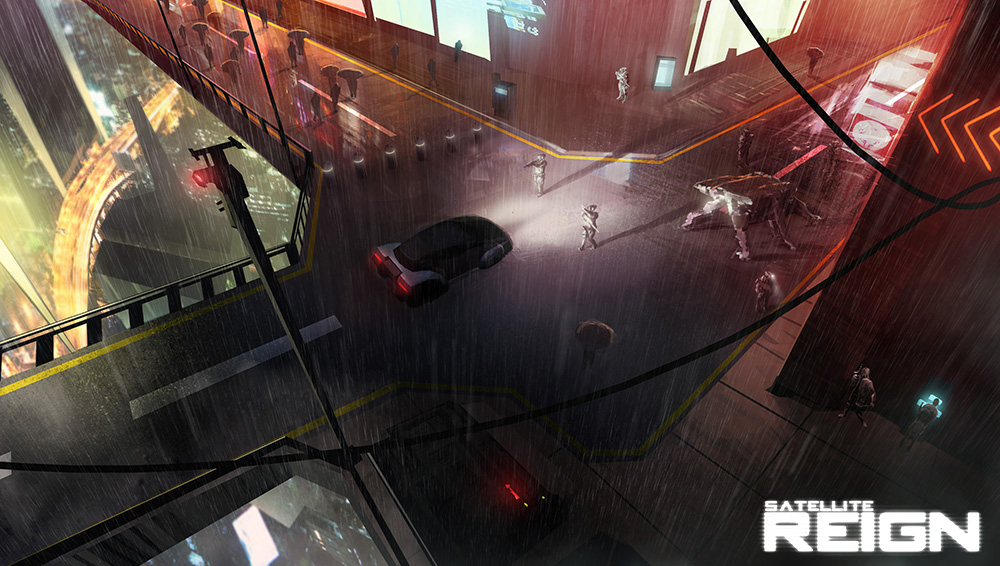 MARCH 14 — 2014 — On behalf of developer 5 Lives Studios we are really excited to share a first glimpse of Satellite Reign today running in glorious 1080p.

But first the disclaimer, from Mike Diskett himself: “It’s very much a pre-alpha build being demoed, nothing here is really final, the UI, audio, weapons and effects are 100% placeholder, in fact it’s so early we weren’t going to show any combat or civilians, but…

“The video was originally meant  to demonstrate the agents’ coats reacting to wind from the cars zooming by, but before we knew it we were showing crowds of civilians, CCTV cameras, cover usage, x ray camera mode and even a couple of enemies.