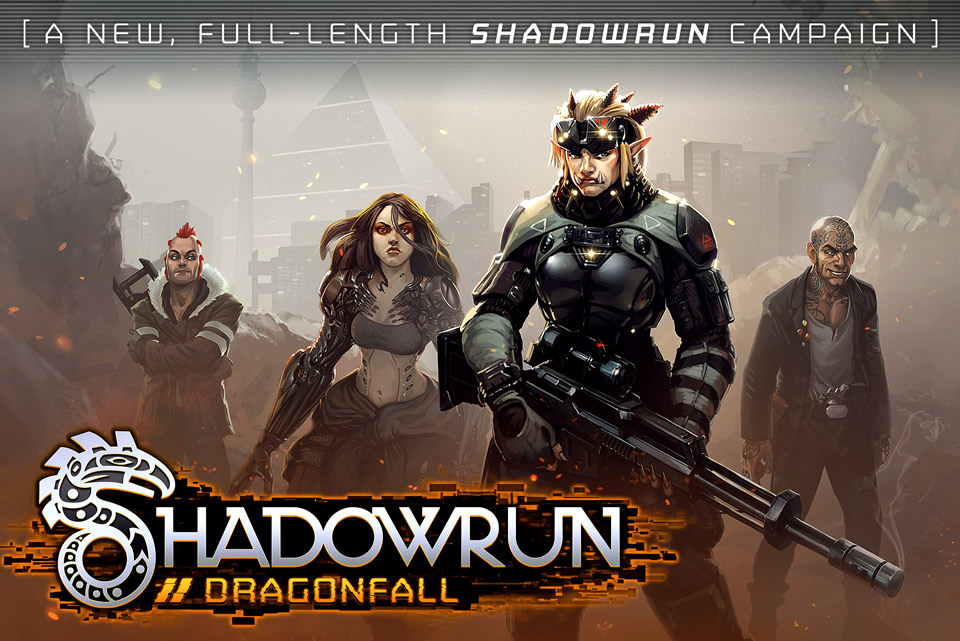 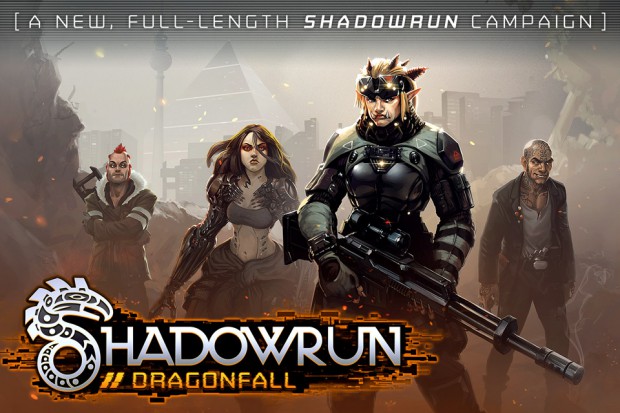 Kirkland, WA (January 28, 2014) Harebrained Schemes’ Shadowrun: Dragonfall, a major expansion for the magic-meets-cyberpunk tactical RPG mashup Shadowrun Returns, is just weeks away but the time to take action is now! Fans can pre-order the expansion for $14.99 (requires the original game to play) at http://store.steampowered.com/app/272030. Harebrained Schemes has also released new screenshots and a trailer on its website (http://harebrained-schemes.com/shadowrun/dragonfall/) today in anticipation of the game’s February 27, 2014 launch date.

The Shadowrun: Dragonfall expansion features a robust full-length campaign set in the city of Berlin and contains a multitude of new features and enhancements. The title will be available for purchase on Steam and a DRM-free version will be available on GOG.com. Shadowrun: Dragonfall will debut on Windows, OSX and Linux, with iPad and Android tablet versions to follow.

Shadowrun Returns debuted in 2013 to much acclaim. The game was the first $1m+ Kickstarter-funded videogame to be released and premiered as a #1 seller on Steam. It appeared on 5 “Most Anticipated Games of 2013” lists, and was a featured Game of the Week on the Apple and Google Play App Stores. The accolades for the game have continued with Shadowrun Returns winning numerous “Best of 2013” awards including:

“The response to Shadowrun Returns has been the highlight our year, from our audience posting their wonderful reviews, to the gaming media who awarded us all of these 2013 honors, to the amazing community of content creators using our editor to create their own awesome stories,” said Jordan Weisman, founder of Harebrained Schemes. “Shadowrun: Dragonfall continues the high standards set by Shadowrun Returns, while adding in new features for the game and the editor that we hope will help draw fans even deeper into the Shadowrun Universe.”

MAN MEETS MAGIC & MACHINE. The year is 2054. Magic has returned to the world, awakening powerful creatures of myth and legend. Unchecked advances in technology have blurred the line between man and machine. Great dragons play humanity for pawns, while ruthless corporations bleed the world dry. In this new reality of elves and trolls, corporate arcologies and terrifying new magics, anything is possible… for a price. And when the powerful and the desperate need a job done, they turn to shadowrunners: mercenaries, living on the fringes of society, surviving day-by-day on skill and instinct alone.

BERLIN. The Flux-State: a stable anarchy enforced by an ever-shifting coalition of megacorps, political factions, and savvy power players. A place where almost anything goes, and the right connections can be the difference between success and starvation. Dangerous jobs abound and there’s no better place to earn a quick payday – provided you live long enough to spend it. For you and your team of battle-scarred runners, it’s just another day in the Free City of Berlin.

But a new threat is rising, one that could mean untold chaos and devastation. The only clue: whispers of the DRAGONFALL, a long-forgotten event from the earliest days of the Awakened world. As you find yourself drawn into a maze of veiled dangers and strange machinations, you will come face-to-face with a grim spectre of the past… and alter the course of Berlin’s future.

Experience a New Full-Length Campaign: Return to the “Tech meets Magic” future of Shadowrun as you and your team of runners get drawn into a treacherous conspiracy. Operating out of an offbeat central hub neighborhood, you’ll choose which missions to accept and how you’ll approach them while navigating the dark underbelly of “the Flux”.

An Exciting New Locale: Shadowrun: Dragonfall transports runners to the Free City of Berlin, a thrilling Shadowrun setting full of gorgeous new hi-res environments, a diverse new cast of characters, and a new soundtrack by Sam Powell, the composer of the original Sega Genesis Shadowrun game.

Command Your Team: Lead a small team of shadowrunners, each with their own outlook and backstory. Each member of your team is designed to play an interesting role during missions and has a unique set of skills, abilities, strengths, and weaknesses.

New Weapons, Cyberware, Enemies & More: Try your hand at the long-range sniper rifle, devastating grenade launcher, or stun-inducing taser. Chrome yourself out in the latest cyberware, and take on deadly new enemies – including new magical creatures like gargoyles and fire drakes. Dragonfall brings a host of new items, characters, portraits, and improvements to the Shadowrun Returns experience.

Save Anywhere: You can save your progress at any time during the game. In addition to being in Shadowrun: Dragonfall, this save feature will be available in new downloads of Shadowrun Returns and through a patch for already purchased versions.

New Game Editor Features: A wide range of enhancements to the game editor for community content creators – including a scripting system to better control lighting, tracking mission objectives in the main game UI, placing exploding barrels, and allowing players to input keypad passwords and custom text strings in conversations. In addition, content creators will be able to use all of the new Berlin environment art, items and characters in their own stories along with assets from the original Shadowrun Returns campaign.