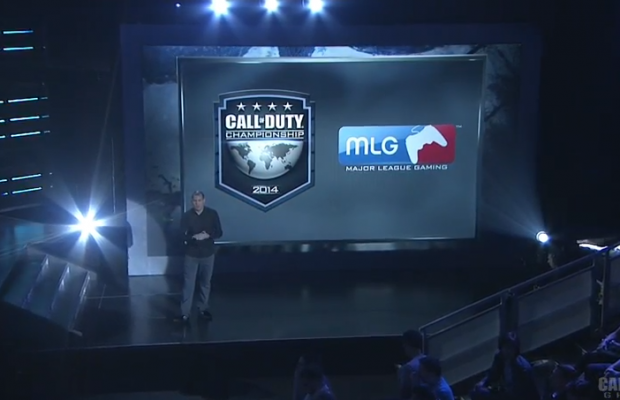 Santa Monica, CA – January 9, 2014 – Gamers prepare for the ultimate Call of Duty® competition where victory is determined in the blink of an eye. From Activision Publishing, Inc., a wholly owned subsidiary of Activision Blizzard (Nasdaq:ATVI), Infinity Ward and Xbox, in partnership with Major League Gaming (MLG) and other international eSports partners, the second annual Call of Duty® Championship, presented by Xbox tournament will play host to 32 of the best Call of Duty teams from around the world as they compete for rights to the Call of Duty“World Champions” title and lion’s share of the tournament’s $1 million prize purse this March 28 – 30, in Los Angeles.

“Last year’s championship came down to the final minute of the final match with everyone holding their breath to see who would win. The skill, passion and energy brought by these teams and the crowd looking-on showed just what makes our community the best in the world,” said Eric Hirshberg, CEO of Activision Publishing. “Call of Duty is more than a video game. It’s a pastime shared by millions. It’s exciting to play and fun to watch, and we can’t wait to see what this year’s event has in store.”

This year’s tournament will also serve as the first official competitive Call of Dutyevent played on Xbox One, the all-in-one games and entertainment system from Microsoft, where prize money will be awarded. Programming covering the weekend’s non-stop excitement and hard fought matches will be live streamed on the Xbox Live online entertainment network and MLG.tv for the world to experience.

Call of Duty teams from six continents covering North America, South America, Europe, Africa, Asia, and Australia will contend for their place at the Call of Duty Championship, presented by Xbox tournament in a range of qualifying events hosted by eSports organizations. Qualifying for the Call of Duty Championship, presented by Xbox will be handled through online tournaments played on the Xbox 360 games and entertainment system from Microsoft, and broadcasted on MLG.tv, with select live regional finals taking place late February through early March in Australia, the United Kingdom and the U.S. The live regional finals will be played on Xbox One and will also be broadcasted live on MLG.tv and other broadcast partners.

Additional tournament information will be made available athttps://callofduty.com/esports.

Call of Duty: Ghosts is rated “M” (Mature – Blood, Drug Reference, Intense Violence, and Strong Language – content that may be suitable for persons ages 17 and older) by the ESRB. For more information, please visit www.callofduty.com/ghosts,www.facebook.com/CODGhosts, or follow on Twitter  @InfinityWard.