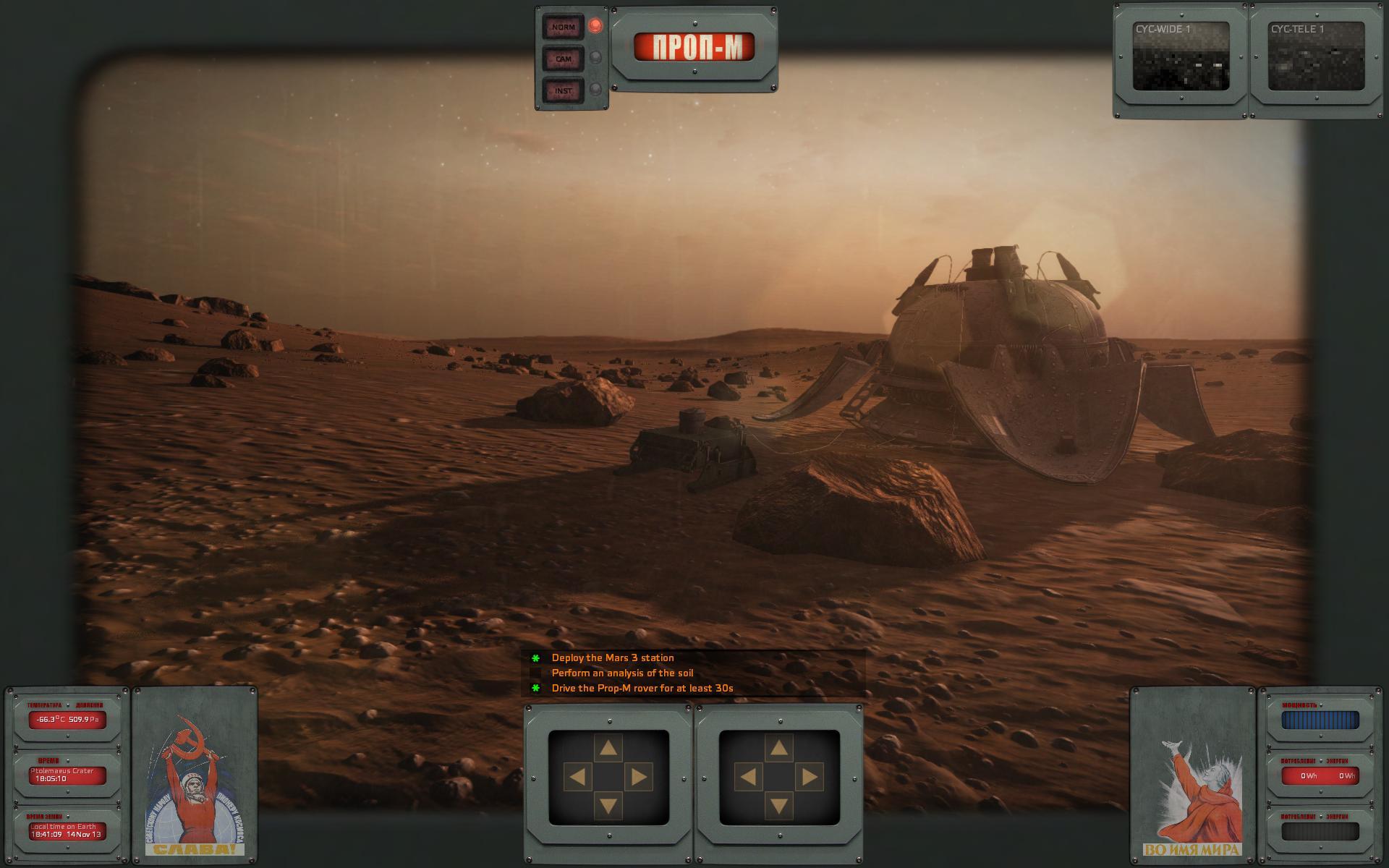 Tech-Enhanced update for Take On Mars Building further upon the early access release of Take On Mars, the new ‘Technology Tree’ system lets players research various technologies, which eventually gives them access to new instruments and vehicles. The implementation of ‘Global Objectives’ means that accomplishments at various locations in the game now contribute to the same objectives, combining the locations into one whole.

The added ‘Probe’ vehicle is a simple, single camera, single instrument slot chassis, and is the most basic technology available from the beginning of the Space Program. Last but not least, the two extra crater locations, Lyot and Ptolemaeus, provide the perfect opportunity to explore new terrain with the Soviet-era ‘Mars 3’ lander (also equipped with Mars’ first rover, Prop-M), which is the first vehicle to achieve a soft landing in Mars’ Ptolemaeus Crater in 1971.

Rover operators who already signed up for the Take On Mars’ Early Access program have access to the new content right after downloading the automatic update via Steam. Those who would like to do some further analysis can examine the complete changelog onhttp://mars.takeonthegame.com/.