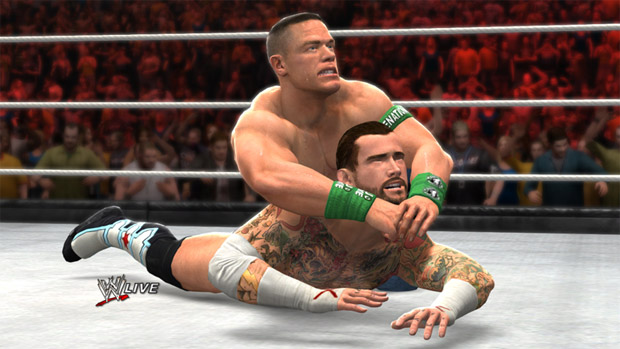 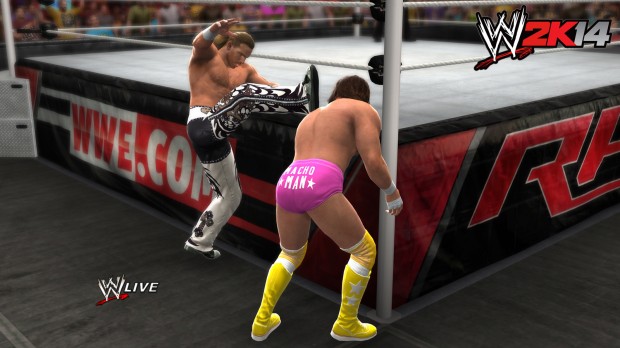 New York, NY – October 22, 2013 – 2K today announced availability of new avatar items and a Dynamic Theme for WWE® 2K14, the forthcoming release in the flagship WWE video game franchise. The avatar items, available now via the Xbox Live online entertainment network for the Xbox 360 games and entertainment system from Microsoft, include a variety of apparel and accessory choices based on popular WWE Superstars and Legends, including The Rock®, Undertaker®, John Cena®, “Macho Man” Randy Savage™, “Hollywood” Hulk Hogan, Damien Sandow™ and Fandango™. In addition, a Dynamic Theme via PlayStation®Store for the PlayStation®3 computer entertainment system, also available now for Sony America, will enable players to extend the WWE experience to the XMB™ through rotating imagery of several WWE Superstars and Legends. The Dynamic Theme will be available internationally in November 2013.

“WWE 2K14 presents many opportunities to extend player immersion in the WWE Universe beyond the traditional gameplay experience,” said Chris Snyder, Senior Director of Marketing at 2K. “The variety of avatar items and new Dynamic Theme are a perfect complement to the greatest roster in franchise history.”

The WWE 2K14 avatar items for Xbox 360 and their suggested price points are as follows:

The WWE 2K14 Dynamic Theme for the PlayStation®3 system and its suggested price point are as follows:

Become Immortal – 2K’s lineup of premier sports simulation titles expands with the Company’s upcoming release in the renowned WWE video game franchise, WWE 2K14. Developed by Yukes for the Xbox 360 and PlayStation 3 system, WWE 2K14 is positioned to deliver the greatest roster in franchise history and be the most electrifying, authentic and comprehensive WWE video game experience to date. WWE 2K14 is rated T for Teen by the ESRB. Players who pre-order WWE 2K14 will receive Ultimate Warrior at no extra cost on launch day on October 29, 2013 in North America and November 1, 2013 internationally.