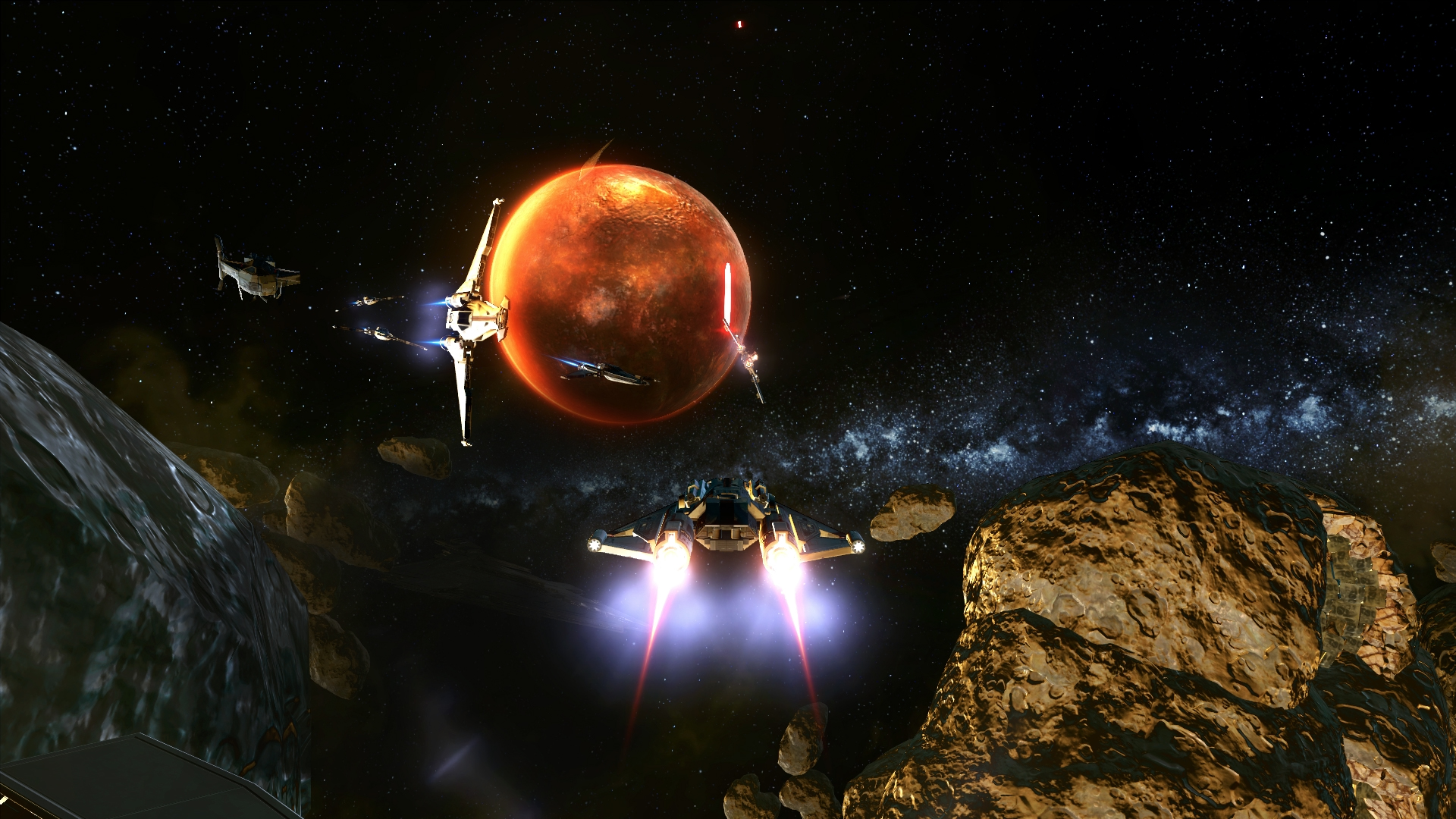 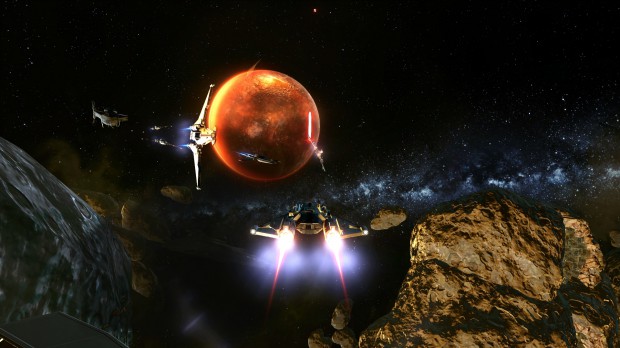 AUSTIN, Texas – Oct. 8, 2013 – Join the battle and customize the ultimate starship to become a legendary Starfighter pilot in the Star Wars™: The Old Republic™ universe! Today, BioWare™, a division of Electronic Arts Inc. (NASDAQ: EA), and LucasArts announced that Star Wars: The Old Republic is adding Player-vs-Player (PvP) combat in the Free-to-Play Digital Expansion, Galactic Starfighter. With a variety of unique starships, a wide set of customization and upgrade options, multiple battle zones and gameplay modes, Galactic Starfighter brings the thrill of epic 12v12 space battles to Star Wars: The Old Republic for the first time.

Active Star Wars: The Old Republic subscribers will be offered Early Access starting December 3 and Preferred Status Players* on January 14. Galactic Starfighter will be offered as a Free-to-Play Digital Expansion available to the public beginning onFebruary 4. Each group will also receive special in-game items as part of this Early Access opportunity. As a special benefit, active subscribers as of November 1 will receive an exclusive Galactic Starfighter early Gunship unlock and custom Gunship paint jobs**.

“Our goal with Star Wars: The Old Republic has always been to immerse players into their own Star Wars adventure and huge space battles are a vital part of fulfilling that fantasy,” said Jeff Hickman, General Manager of BioWare Austin. “Galactic Starfighter will be a deep experience that will continue to grow over time. We can’t wait for both our current and new players to get their hands on it soon.”

Starting December 3, subscribers are eligible to receive special reward items along with the Early Access opportunity. Please see below for details:

Star Wars: The Old Republic is a Free-to-Play, award-winning MMO set thousands of years before the classic Star Wars™movies. Players team up with friends online to fight in heroic battles between the Republic and Empire, exploring a galaxy of vibrant planets and experiencing visceral Star Wars combat. Now players can experience the complete storylines of the eight iconic Star Wars classes, all the way to Level 50 without having to pay a monthly fee. The Free-to-Play option complements the existing subscription offering, providing greater flexibility in how to experience Star Wars: The Old Republic.