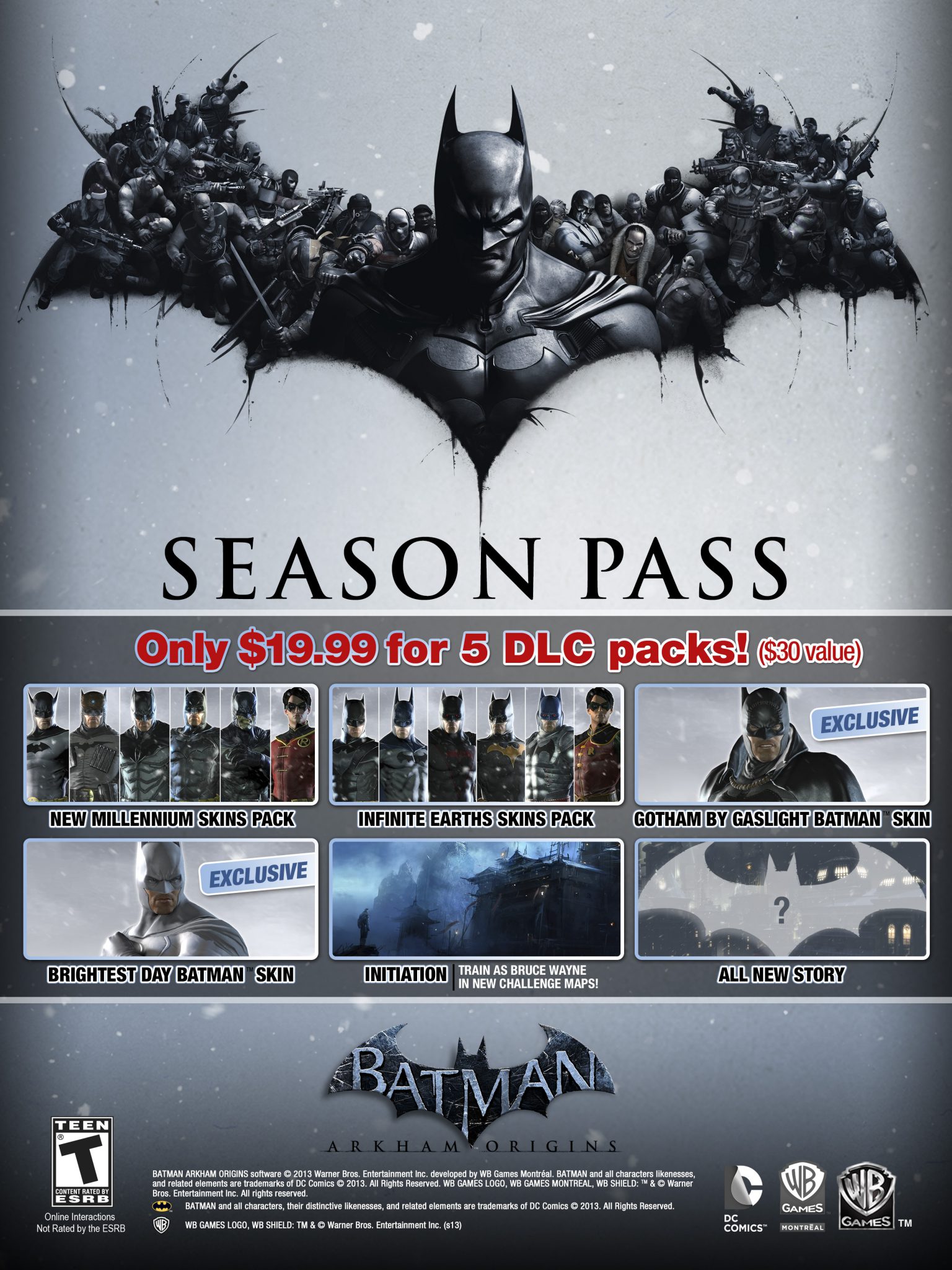 Warner Bros. Interactive Entertainment has revealed that there will be a Batman: Arkham Origins season pass program.

About the Season Pass

Warner Bros. Interactive Entertainment today announced the Season Pass for Batman™: Arkham Origins, this fall’s highly-anticipated installment to the best-selling Batman Arkham videogame franchise.  The Batman: Arkham Origins Season Pass (for PlayStation®3 system, Xbox 360® video game and entertainment system from Microsoft, Wii U™ system or PC) will be available at launch for $19.99 ($30 value) and grants purchasers access to five of the game’s upcoming downloadable content packs, one of which includes two exclusive skins.