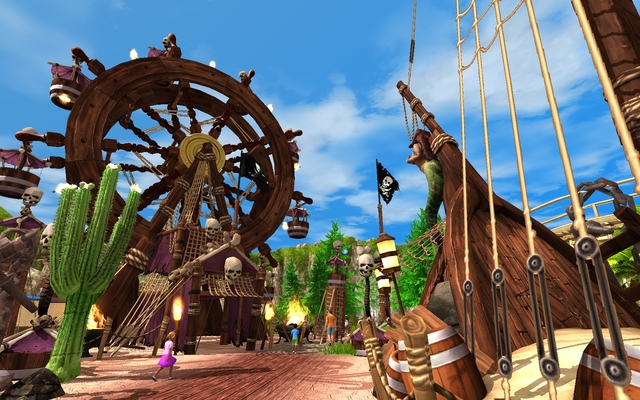 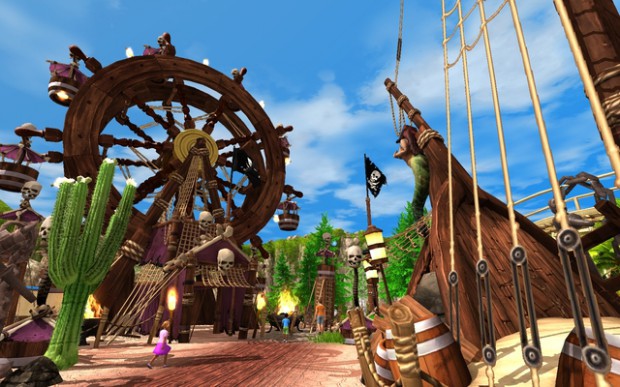 German developer B Alive has let us preview their upcoming theme park simulator, titled Adventure Park. Like most theme park simulators on the market, Adventure Park allows you to build up, maintain, and improve your theme park to attract guests, but with a decidedly more realistic aesthetic and the freedom to create the roller coasters the way you want. What was really nice about my time with Adventure Park was the noticeable lack of bugs that most preview copies come infested with. The individuals at B Alive have made sure that their game will be running smoothly once it hits the market.

The campaign for Adventure Park starts off rather predictably, with you taking over an old, dilapidated theme park and a tutorial to get you started. The tutorial works well enough to walk you through the user interface and the first steps to get you up and running. You have the chance to get some of the rides up and running while hiring your first few workers to help maintain the grounds and the rides before guests start to pile in and give you their feedback.

You begin the game with the ability to select a few rides and decorations to get your theme park started. The other items become unlocked as you hit certain milestones in the life of your park. What I really loved about Adventure Park was the detail that the developers went into for you to customize your park. Each ride can be customized and upgraded to give your guests more of an adrenaline rush, while each of your decorations can be colored to match the rest of your park. I was able to divide Swabbyland (my theme park’s name) into four separate, color coded lands just by coloring my decorations in similar tones. 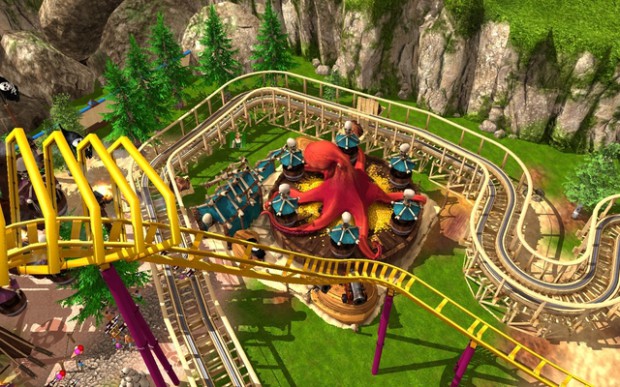 When you place a roller coaster into your park, you get to select where the station house will be placed then begin building your coaster, section by section. This really gives you some customization on how your coaster will look as well as how it blends into the aesthetics of your park. Also, this seems to factor into whether or not your guests enjoy the ride – very important as the whole reason you are building this theme park is to entertain your guests and make money.

Adventure Park allows you to control every detail about your park, from the entry fee, where you place your workers, and the cost of your food. You can monitor your guests entertainment levels by opening up a window that shows ever guest in your park. You can also glance at your guests’ desires visually as they will have icons above their heads about what they want most. The user interface for Adventure Park is rather intuitive and the player can bring up any menu they want, once they figure out what the icons are.

The aesthetics for Adventure Land is much more realistic than other theme park simulators that I’ve played in the past. The graphics themselves were solid and did a very decent job in presenting Adventure Park. The downside here is that you will spend most of your time zoomed out to see the park as a whole, instead up close up to appreciate the graphics and lighting.

Adventure Park feels like a solid entry into the theme park simulator market when it releases sometime this quarter. If you are a fan of the genre, keep a close eye on this game as it nears release, it should be entertaining enough to give it a shot.