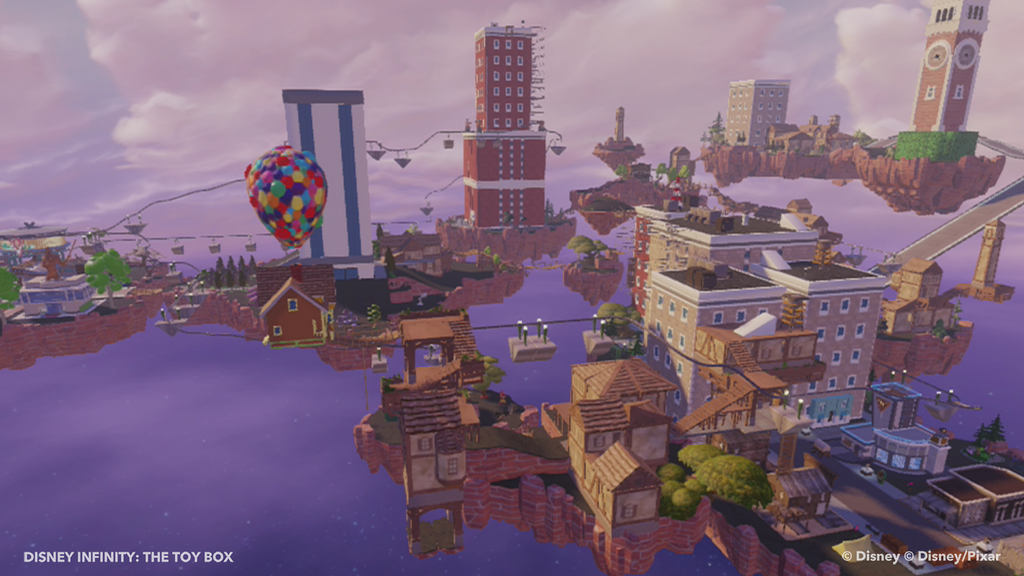 The City of Columbia Comes to Disney Infinity 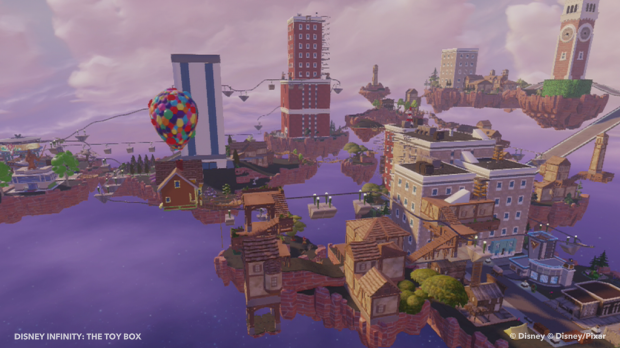 September 5, 2013 — Today, Disney Interactive releases five new custom-built Toy Boxes for Disney Infinity players. The new Toy Boxes are available now for download free of charge on Xbox 360, PlayStation 3 and Wii U. The new set of screenshots and videos showcase a variety of ways that players can build and customize their own worlds in the Toy Box mode.

4.       Trench Run – Pilot a Tron Recognizer through an obstacle-filled trench to save the galaxy. (View video here)

5.       Blue Breakout – Players must find their way out of this maddening blue maze. (View video here)

Disney Infinity is available in stores now for Xbox 360, PlayStation 3, Wii U, Wii and 3DS.

Players can download the new Toy Boxes by selecting “Toy Box” from the Disney Infinity Main Menu and then select “Toy Box Share” and “Disney’s Toy Boxes.” Once there they will see a list of all the featured Toy Boxes and can choose one to download. They will be able to come back every week for new Toy Boxes. Players should also let us know what they want to see because Disney Infinity developers will soon begin creating content based on player suggestions.

As a refresher, Disney Infinity’s Toy Box is a wide-open space that gives players free range to create entire levels or worlds of their own. Players can upload their creation onto Disney’s server and Disney will curate and release the best ones so all gamers can experience the magic.