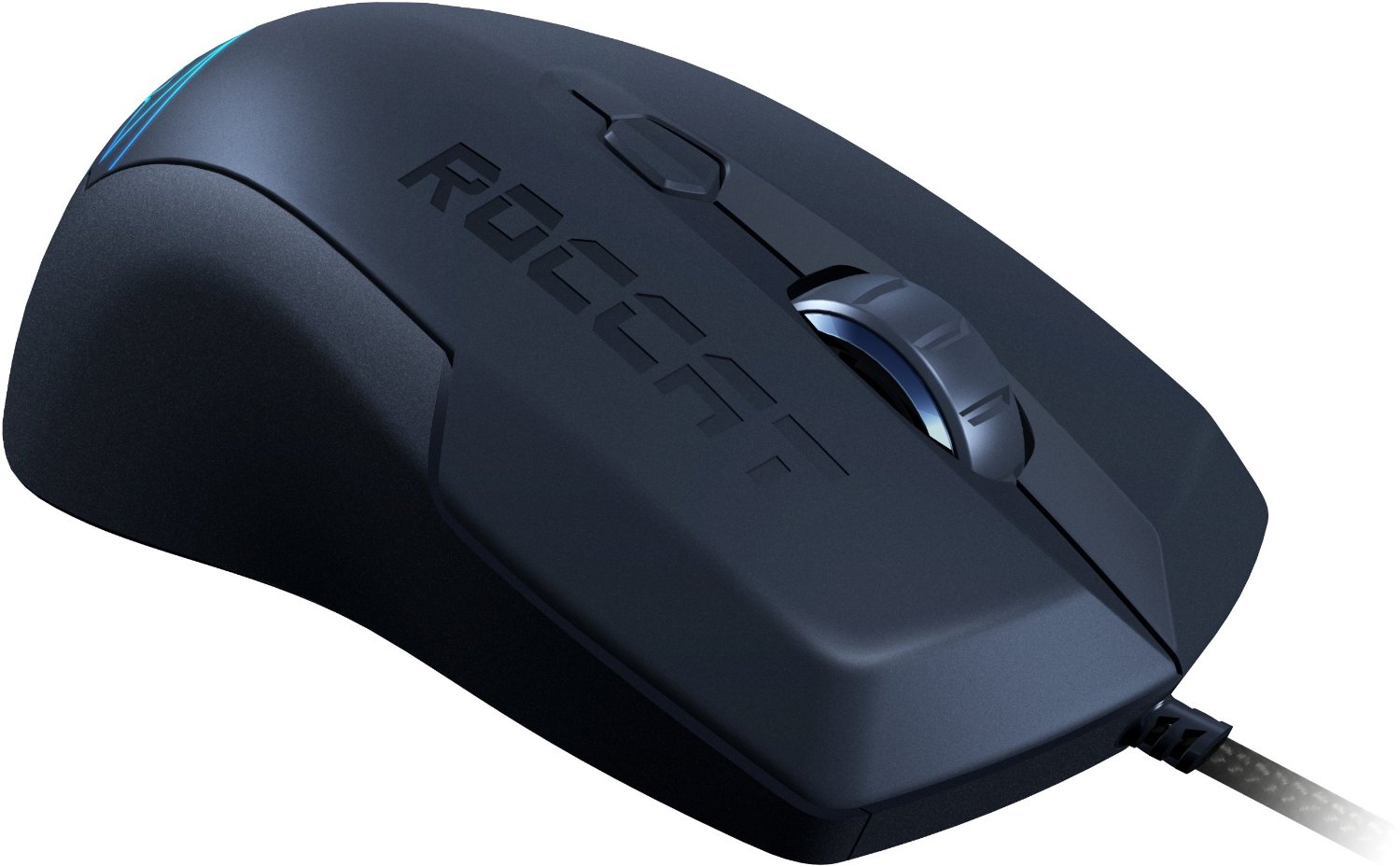 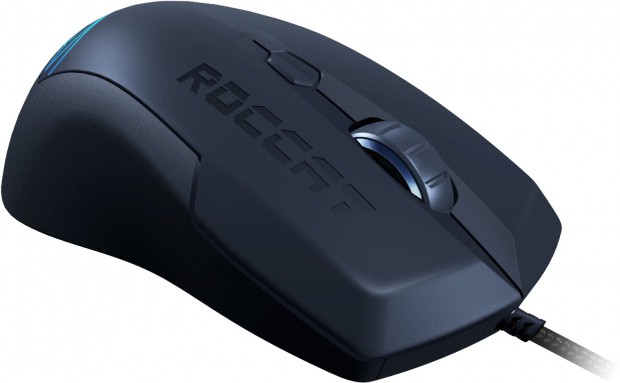 ROCCAT Studios has sent us a new mouse to drag through the ringer that is my weekly gaming schedule. The ROCCAT Lua is a traditional three-button mouse that is designed to be ROCCAT’s entry level gaming mouse. Sporting some nice features and a comfortable feel, the ROCCAT Lua comes in at a inexpensive $29.99.

The ROCCAT Lua has a very nice and comfortable design to it. The Lua is ambidextrous, and feels just as natural in the left hand as it does in the right. The plastic that covers the mouse is textured and slip proof, providing a nice surface that is easy to grip without feeling like sandpaper.

The three-button design is configured in a typical format with the left, right and center buttons within easy grasp of each other. Technically, the ROCCAT Lua has a fourth button, just under the mouse wheel, but this button only controls the DPI. By hitting this button, you can switch between a series of DPI settings on the fly. By using the control panel for the Lua, you can also configure the settings you use most, instead of having to cycle through all of the presets.

The mouse measures 1.4 inches (height) by 2.5 inches (width) by 4.6 inches (length) and weighs 3.5 ounces (including cable).. These dimensions gives the ROCCAT Lua a smaller profile than most mice that I have used in the past. The Lua just felt tiny in my hands and that gave me the perception that the Lua was a fragile mouse. While the mouse proved to be more durable than I first expected, the lower profile and lighter weight never allowed the Lua to feel completely right in my hands.

The design for the Lua is basic, but not dull by any means of the word. The ROCCAT logo on Lua lights up in a nice blue that matches my Black Widow Ultimate keyboard quite nicely. The light in the logo can be set to a few options, including a breathing mode that fades the light in the logo in and out. Unfortunately, the color isn’t customizable but still looks slick on the desk. 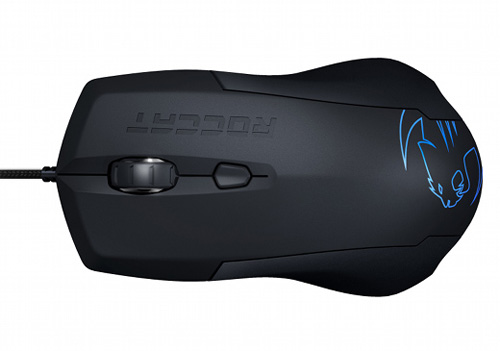 Whenever I test out a mouse for a review, I try to play games from several different genres to see how the mouse will react to different play styles. This week, I tested the ROCCAT Lua in Hearthstone, Knights of the Old Republic, Team Fortress 2, and through my daily tasks of web browsing and writing.

My first impression is one that lasted with me all the way through the testing, this mouse is small in my hands! At 1.4 inches tall, the ROCCAT Lua is small enough that it bothered me during game play. I am coming from just using the Razer Spectre mouse, so part of it may be that I am used to a larger, heavier mouse. Besides the height and overall size of the Lua, the mouse was extremely comfortable in my hands and the buttons were extremely responsive.

The driver that can be installed through the ROCCAT website contains a full control panel, that allows you to customize your settings. I was able to remove some of the slower DPI settings from the button switch, so i can change my settings quickly between the ones that I use the most. You are also able to switch the lighting style, polling rate, button assignments, and pointer speed through this window.

For Hearthstone, Knights of the Old Republic, and my daily tasks, the ROCCAT Lua did the job just fine. These games and tasks have a lighter demand on mice in general, and besides missing the feature to be able to program the mouse for KOTOR, the Lua did just fine. For Team Fortress 2, the ability to switch DPI settings on the fly really came in handy and I can feel that this type of game is what the Lua was designed for.

The ROCCAT Lua is a great entry level gaming mouse with a very nice price tag of $29.99. The ROCCAT Studios driver allows you to change your settings to match your need, though the Lua is missing some of the features that gamers really love, like programmable macros. The Lua is a very slick looking mouse, with the light up ROCCAT logo in blue, but is quite small for my hands. Coming in at 1.4 inches tall and weighing 3.5 ounces, the Lua is a lightweight compared to other mice on the market, but has a very comfortable feel. Personally, I like my mice with a little more weight and height to fit my larger hands. The only other downside to the Lua is the lack of a braided USB cord, but it is understandable when taking the price into consideration. The ROCCAT Lua is a great way to get into the world of gaming mice for a very small start up cost.