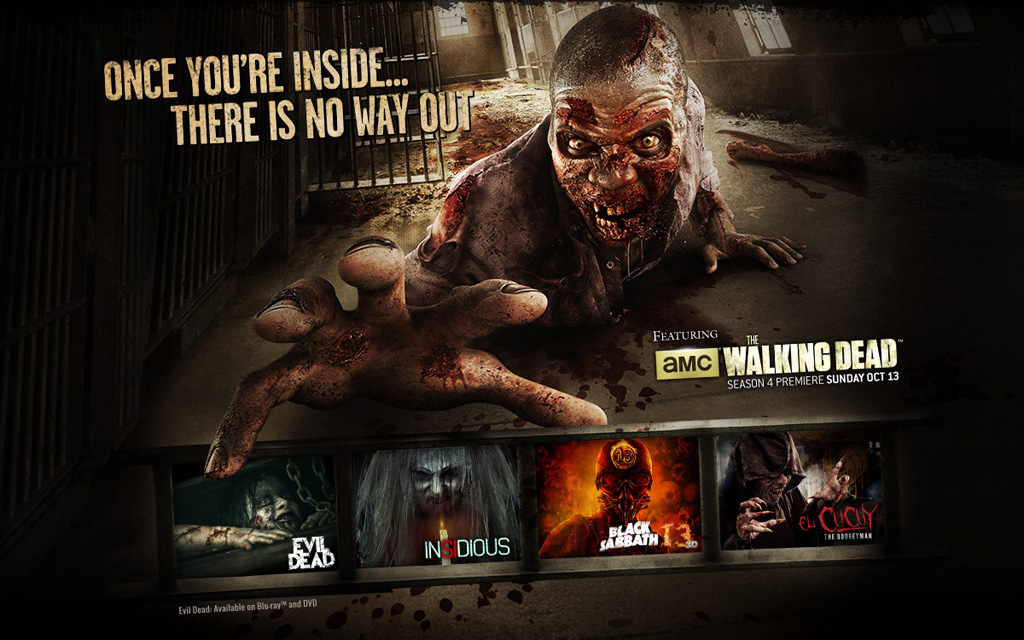 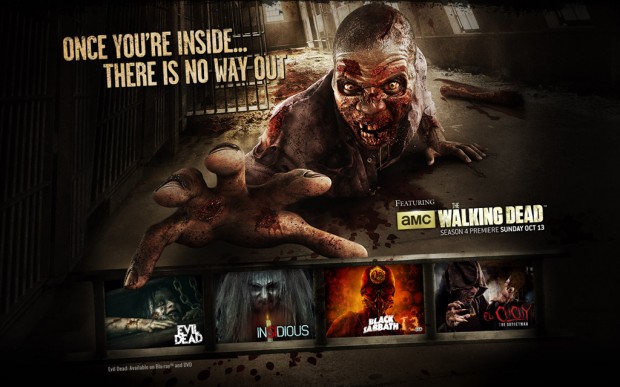 Tickets to this year’s event are available for purchase at www.HalloweenHorrorNights.com/hollywood, including a Front of Line ticket option that enables guests to enjoy priority access at each maze and theme park attraction, as well as a premium VIP Experience ticket offering guests an enhanced guided tour of “Halloween Horror Nights.”
Advance purchase is recommended as event nights will sell out.

AMC’s Golden Globe-nominated and Emmy Award-winning TV series returns to “Halloween Horror Nights” and will feature an all-new disturbingly real maze, inspired by Season 3 of the cult favorite television blockbuster. “The Walking Dead: No Safe Haven” maze will place guests at the core of the show’s once impenetrable prison, the West Georgia Correctional Facility, now overrun by decaying walkers. The disturbingly real haunted attraction will send them cowering through the walker-infested wilderness that surrounds the prison and into the seemingly utopian town of Woodbury where gruesome secrets are concealed.

Other haunted attractions will include “Evil Dead: Book of the Dead,” based on Sony Pictures Home Entertainment’s chilling remake of the cult classic; “Black Sabbath: 13 3D,” inspired by the darkest lyrics from the legendary rock band’s 43-year history of Heavy Metal music, and “Insidious: Into The Further” based on the disturbing “Insidious” film franchise that explores the darkest corners of the paranormal experience.

“El Cucuy: The Boogeyman,” a startling, terror-filled maze based on the Latin American legend of the mythical, shape-shifting monster, will feature chilling narration by prolific actor and producer, Danny Trejo, and “Universal Monster Remix: Resurrection,” will complete the lineup with new sounds from acclaimed artist/DJ Figure, and all-original monsters inspired by fan-generated character competitions along with a legion of Universal’s legendary monsters re-defined for the 21st century.

A new reign of terror in new scare zones based on Universal Pictures’ blockbuster movie “The Purge” and Universal Studios Home Entertainment’s upcoming Blu-ray release of “Curse of Chucky,” will also come to life to terrify “Halloween Horror Nights” guests.

The highly-entertaining and edgy “Bill & Ted’s Excellent Halloween Adventure” returns in an all-new production, adding to the already dynamic “Halloween Horror Nights” event, while such theme park’s favorites remain open throughout the event: “Transformers: The Ride -3D,” “Jurassic Park® In the Dark,” “The Simpsons RideTM” and “Revenge of the Mummy – The Ride.”