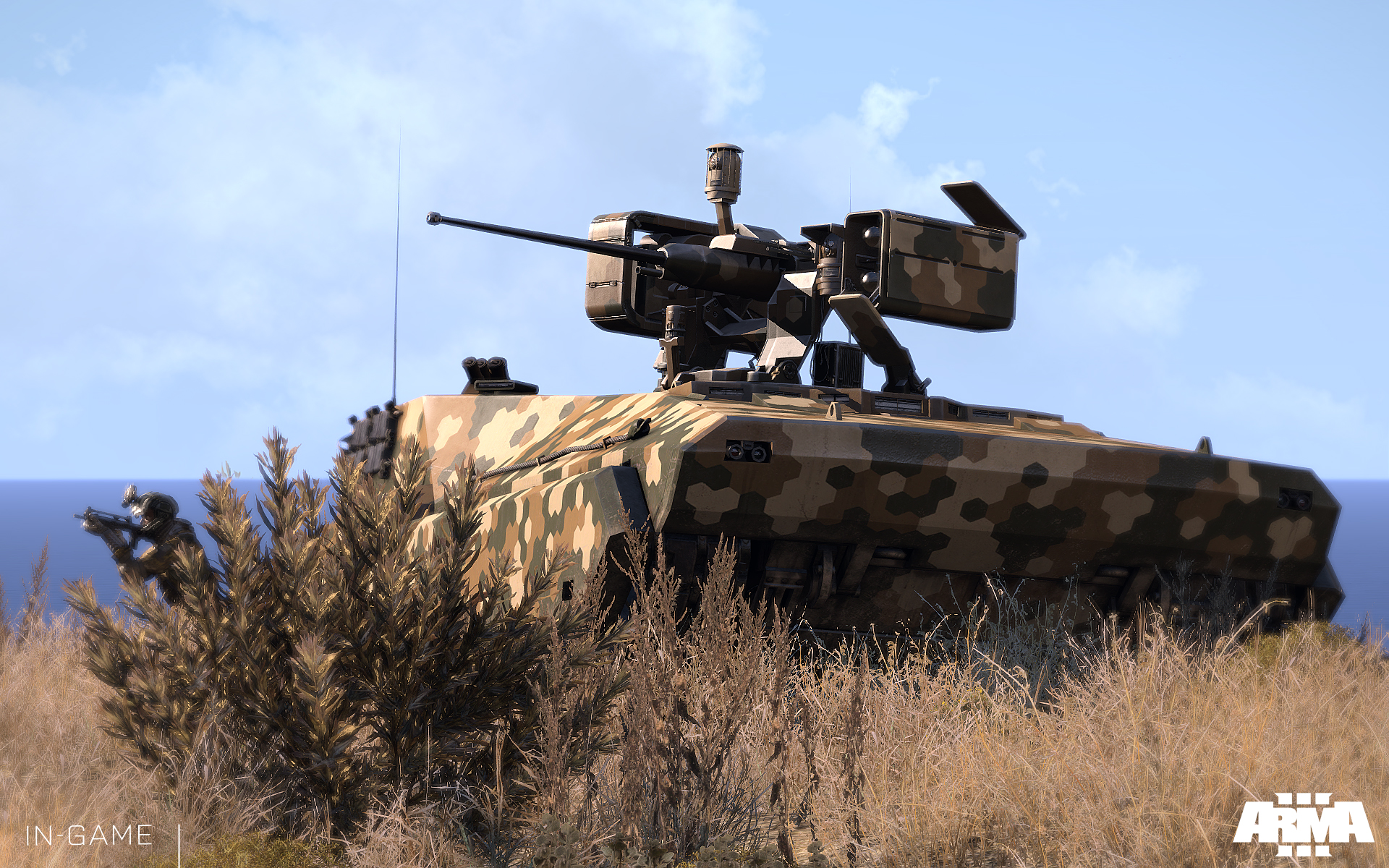 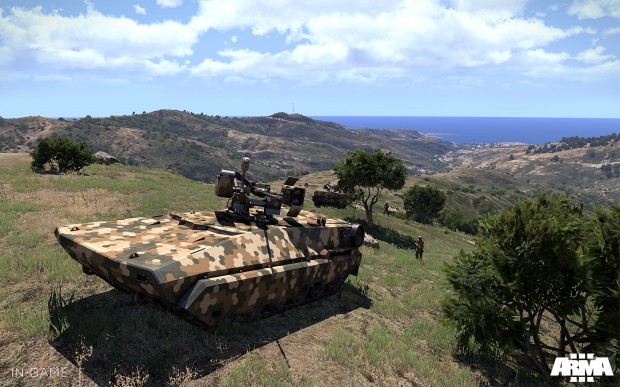 Prague, Czech Republic, Thursday 25th July 2013 — Calling in the support of two extra vehicles and the BattlEye anti-cheat engine, Bohemia Interactive today released a major new update for the Arma 3 Beta. The ‘APC Package’ adds the BTR-K Kamysh and IFV-6c Panther, while the integration of BattlEye (BE) aims to improve the Beta’s MP experience.

The first vehicle in the APC Package, the OPFOR’s BTR-K Kamysh, serves as a prime example of first-class Russian engineering, The Kamysh is equipped with a CTWS turret fitted with a 30mm cannon, coaxial machinegun and 2 guided AT missiles, making the vehicle significant in the infantry support role.

Its NATO counterpart, the IFV-6c Panther, boasts strong armor to achieve maximal protection for the transported crew. A standard Panther is armed with a RCWS HMG, 40mm grenade machine gun and smoke flares. They can take up to 8 soldiers in the cargo area.

Combined with various other improvements and fixes, players will download the new Arma 3 Beta update automatically via Steam. The complete overview of changes is listed in the changelog and/or can be found on the official Arma 3 website. 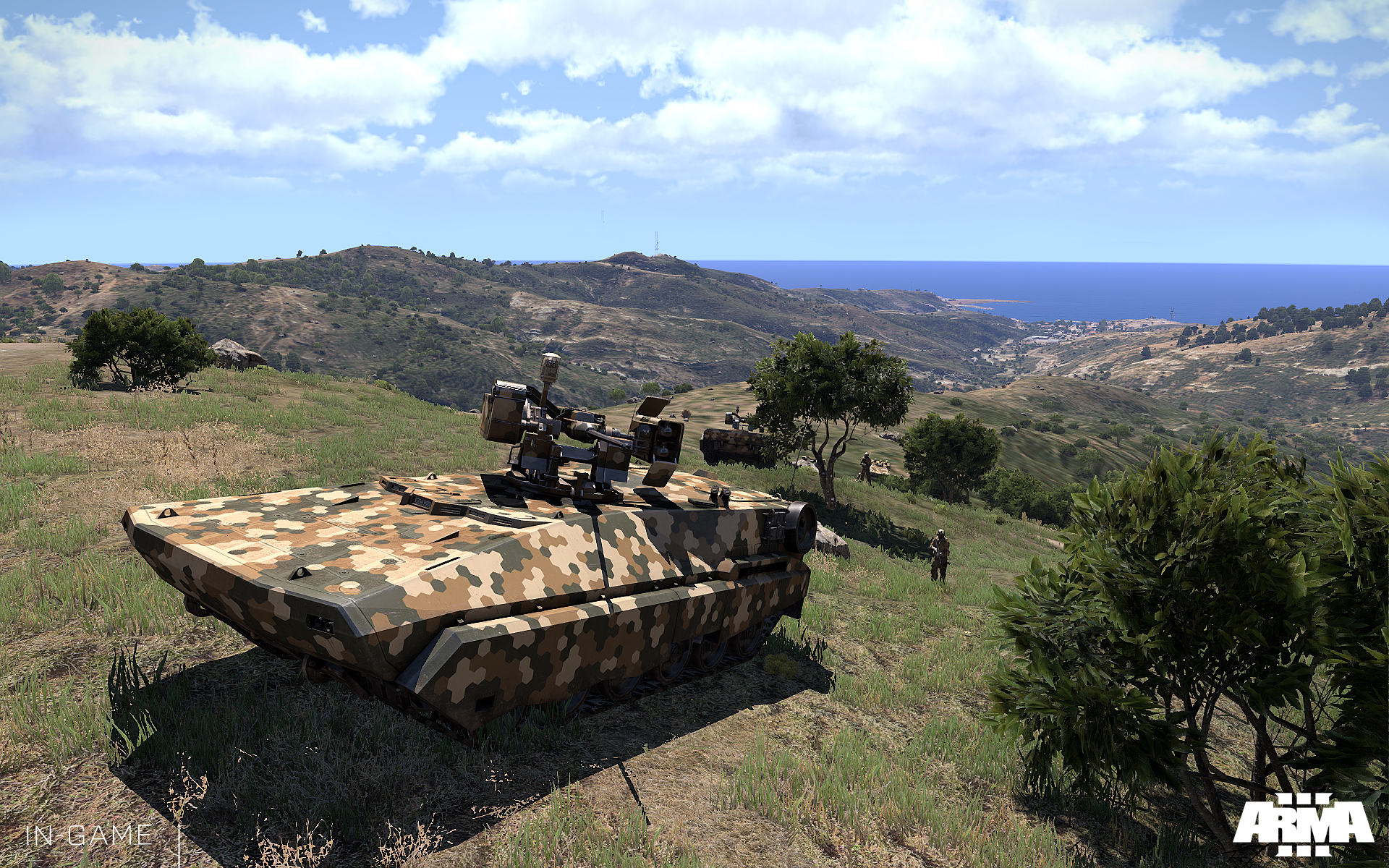 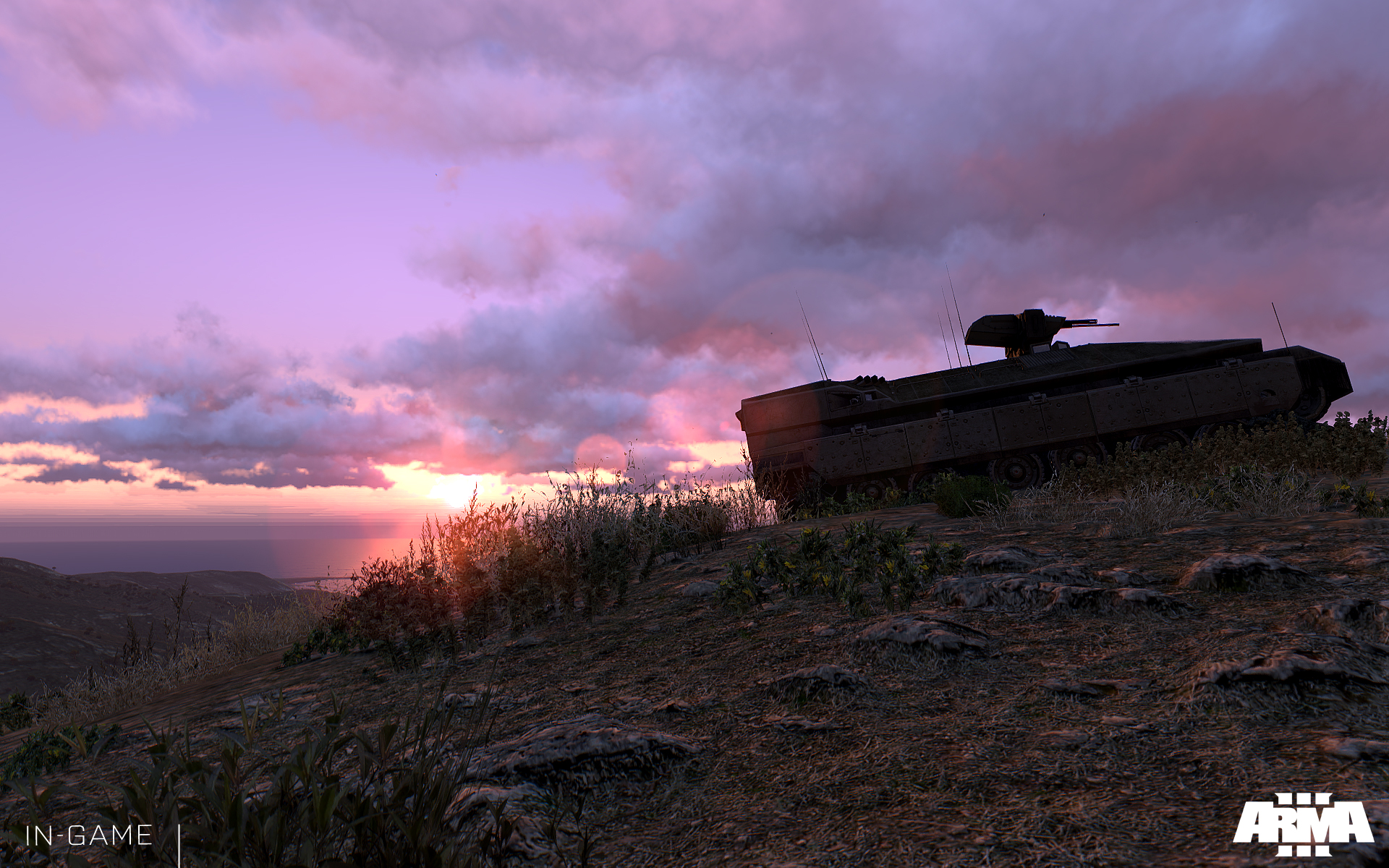