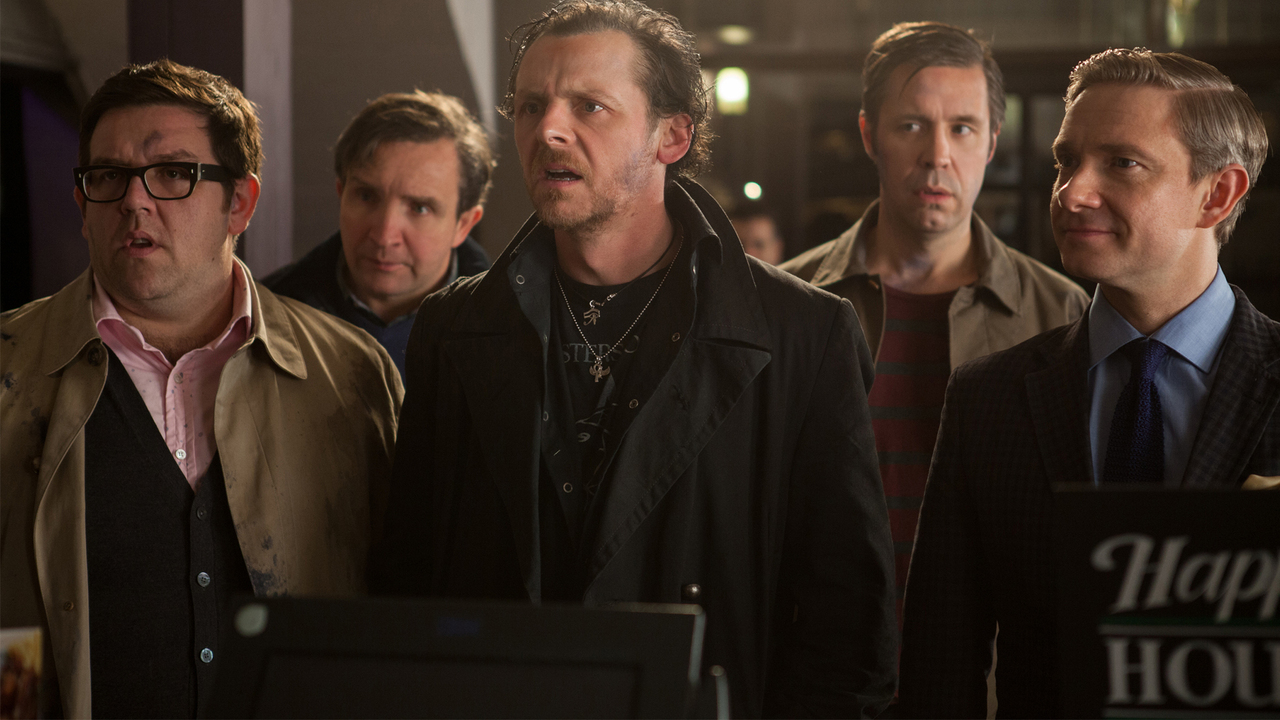 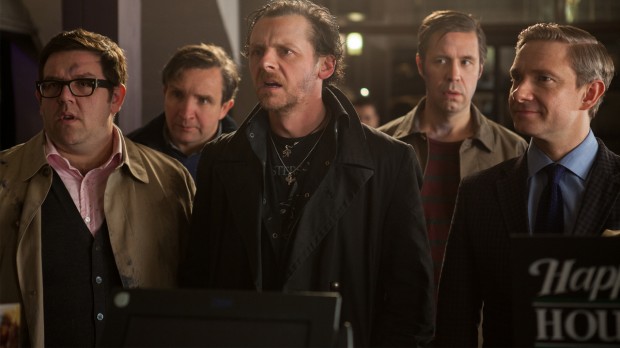 While at this week’s San Diego Comic-Con, we got invited to a special showing of Edgar Wright’s “The World’s End” – the final installment in his “Blood and Ice Cream” trilogy, which began with Shaun of the Dead and was followed-up by Hot Fuzz. In The World’s End, a group of childhood friends are brought back to their home town of Newton Haven almost 20 years after their attempting to complete “the golden mile” – a 12 public house pub crawl. Much like in real life, however, our home towns often seem to change from how we remember them as kids. In the case of Newton Haven, the change comes from the fact that it seems like the town’s inhabitants have been replaced by… Something else entirely. 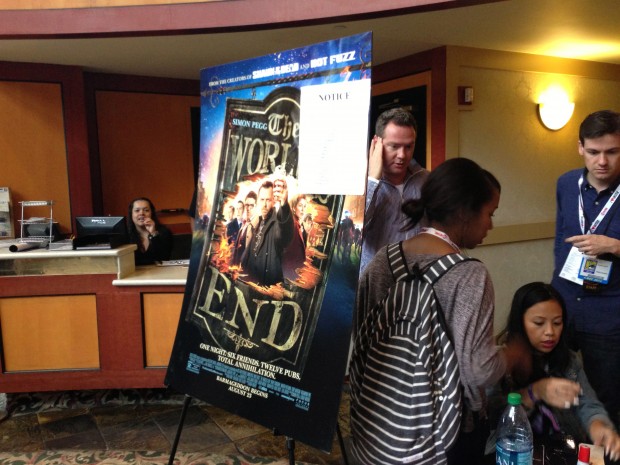 We arrived at the screening and got all checked-in, then found our seats in the media section of the auditorium. Then, shortly before the movie began, we were surprised that none other than Edgar Wright, Simon Pegg (who tweeted early that day he had returned to the UK), and Nick Frost were going to watch the movie with us and do a short Q&A afterwards! Edgar Wright actually said prior to the screening starting that we were the first U.S. audience to see the final film before its release date. Other celebs in the house included Nathan Fillion (Firefly) and Bill Paxton (Aliens). Paxton being there was somewhat ironic as, at one point during the movie, an “Aliens” reference was made which got a huge laugh from the audience – not just because it was funny, of course, but because we had Pvt. Hudson in our theater with us! Game over man, game over! 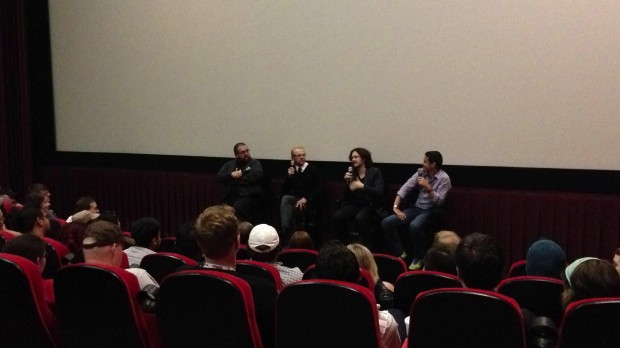 It was an utter pleasure to see so many returning actors from previous Edgar Wright films and even his TV series, Spaced. Look for cameos by Mark Heap, Julia Deakin, and others! Wright continues to impress as a filmmaker and it seems that, with each film he makes, he adds another tool or skill to his directorial toolbox. Even The World’s End’s fight sequences feel very much like those in “Scott Pilgrim vs. the World”, and with good reason – he used the same fight choreographer in both films! The World’s End moves along at a speedy, yet-comfortable pace that delivers the perfect amount of information to the viewer at any one point during the film. Even when the action heats up, I was clearly able to make out what was going on.

-SPOILERY VIDEO – Here is our video from the pre and post QA with Edgar Wright, Simon Pegg, and Nick Frost – SPOILERY VIDEO-

The film’s climax and resolution took several unexpected turns, leaving me pleasantly surprised that I couldn’t figure out what was going to happen ahead of time. My only hope is that the team of Wright, Pegg, and Frost will team up more often so that we don’t have to wait so long before getting another of their masterpieces.

Overall, The World’s End is an exceedingly-fun piece of filmmaking which viewers will, like Wright’s films before it, find something new in it at each screening. Looking back on my screening of the film and my entire Comic-Con experience, I feel hard-pressed to replicate the geeky awesomeness of seeing this film with its makers when it gets its actual release on August 23, 2013. But, I look forward to trying… Cheers!