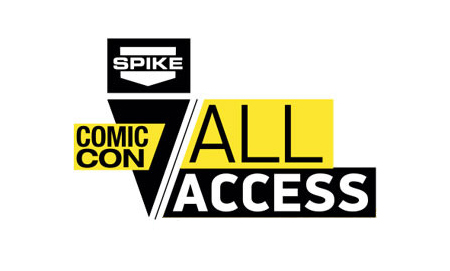 New York, NY and Los Angeles, CA – July 16, 2013 – Spike TV announced today that the network will once again give fans an inside look at the biggest event in pop culture and comics with “Comic-Con All Access.” (#SDCConSPIKE)  Spike’s coverage kicks off on Saturday, July 20 with interstitials from the San Diego Convention Center leading up to an hour-long special which airs on Spike TV on Monday, July 22 at 11:00p.m. ET/PT.

The event will feature special appearances including Aaron Taylor-Johnson and Christopher Mintz-Plasse (“Kick Ass 2”), Vin Diesel (“Riddick”), Bryan Cranston (“Godzilla”), Jeff Bridges and Ben Barnes (“Seventh Son”), Samuel L. Jackson (“Captain America 2” and “Robocop”), Norman Reedus (“Walking Dead”) as well as many other surprise guests.  In addition, Spike TV partners with Zachary Levi and NERD MACHINE, who will be presenting their 3rd Annual NERD HQ at Petco Park and will feature their “Conversations for a Cause” panel series, with all proceeds benefiting Operation Smile.

“Comic-Con is a celebration of the fans,” said Jon Slusser, Senior Vice President, Sports and Multi-Platform Programming, Spike TV.  “Spike is excited to give viewers an all access look at the biggest celebrities, movies and TV shows that make this event so amazing.”