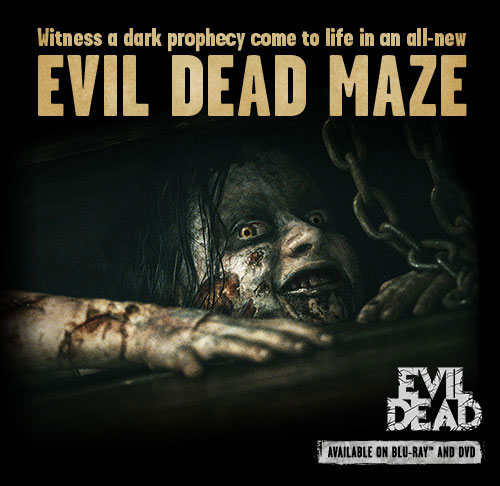 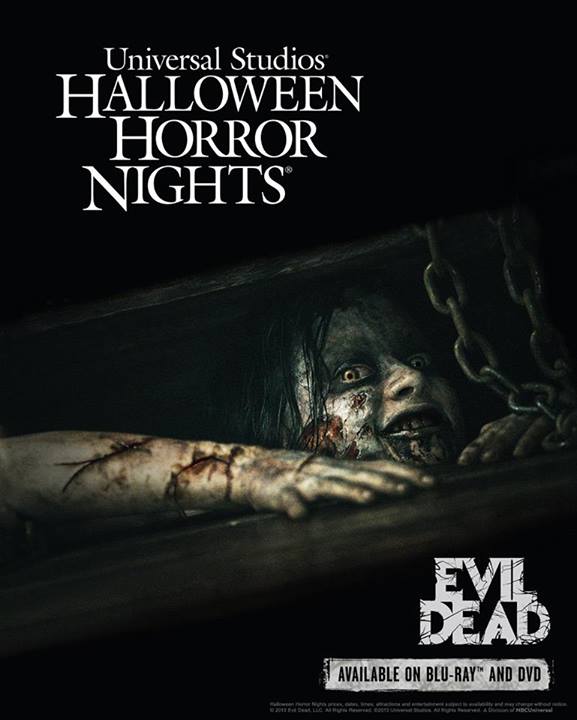 Universal Studios Hollywood and Universal Studios Orlando have announced that the new Evil Dead film will be brought to life at their Halloween Horror Nights event in the form of a haunted maze! Stay-tuned as we learn the rest of the Halloween Horror Nights haunted maze line up and our October-themed coverage ramps up! Looks like our favorite holiday is really right around the gruesome corner.

“Watching ‘Evil Dead’s unrelenting horror unfold in movie theatres was undoubtedly an unnerving experience, but with Halloween Horror Nights, we’re taking it one step further,” said John Murdy, Creative Director for Universal Studios Hollywood. “Fans of ‘Evil Dead’ will feel like they’ve left the safety of the theatre and stepped through the screen into a living horror movie where the film’s demonic characters are coming for them. Our incredibly immersive and highly disturbing maze experience will come to life with the same attention to detail and production value of the film and will be the ultimate thrill for horror movie fans.”

HHN Creative Director, John Murdy, will also be revealing a running chronicle of exclusive information so follow HHN on their social pages for updates.