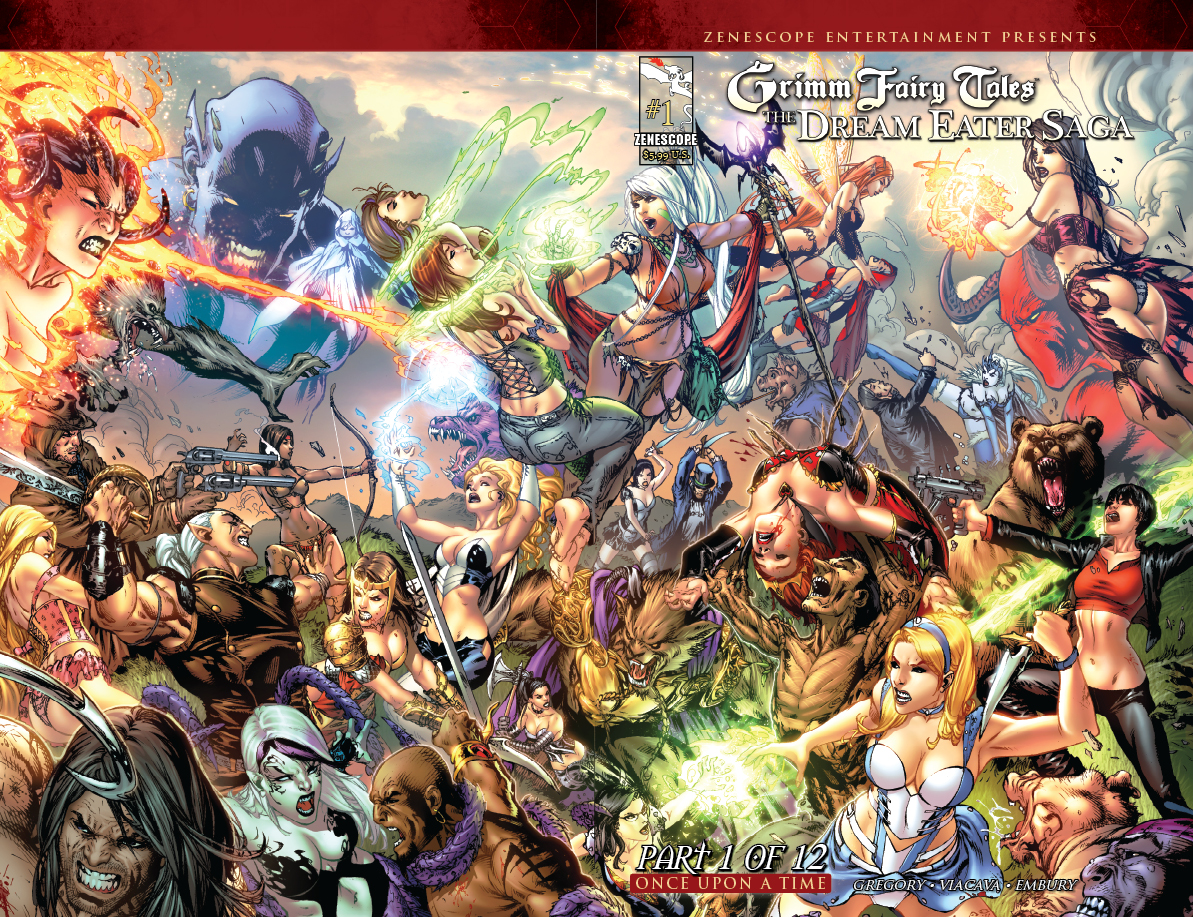 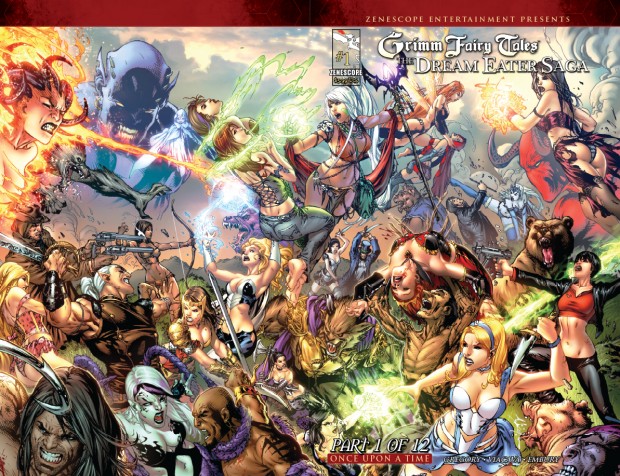 July 10, 2013 — Zenescope Entertainment, the popular comic book publisher known for its edgy content and top-notch exclusive covers, will be once again appearing at booth #2301 just inside the C entrance of the San Diego Convention Center during Comic-Con International which runs July 17th-21st. Zenescope plans to give away thousands of free comics to fans while showcasing their top talent and offering limited edition convention exclusives and products throughout Comic Con.

Zenescope’s giveaways include issue #1 of the company’s new hit series, Grimm Fairy Tales presents OZ (while supplies last), as well as a variety of different comics, on an almost hourly basis during artist and creator signings (check http://blog.zenescope.com for appearances and signing times).

Another big draw at booth 2301 will be Zenescope’s interactive “Hit List” game where fans can sign up for free at the booth for a chance to win prizes. The game will run all 4 convention days and involves collecting pictures of other “Hit List” players on one’s smart phone; those who collect the most photos will be awarded Zenescope prize packs worth up to $75 in retail value. Stop by booth 2301 for more details and to participate.

Also on the docket for Zenescope, taking place Friday, July 19th from 12pm-1:00pm in Panel Room 4, Zenescope will debut new behind the scenes footage from its Grimm Fairy Tales Animated Pilot. Director/Producer Jon Schnepp will be joined by Producers and Grimm Fairy Tales creators, Joe Brusha and Ralph Tedesco as they screen never- before-seen exclusive content featuring some of the voice talent involved in the project such as Lena Headey, Chris Hardwick, Briana Evigan and Robert Forster.

Lastly, Zenescope will be providing the talent to go along with many of its jaw-dropping exclusive covers available at the convention. The top-notch artwork of Elias Chatzoudis, Franchesco, Ebas, Mike Krome, Anthony Spay, Mike DeBalfo and Tyler Kirkham will be featured at Booth 2301 with appearances by not only most of these names but many others. Here’s a partial list of talent appearing at the Zenescope Booth. Please check http://blog.zenescope.com for a complete list of appearances and signing times.

For more in depth convention coverage and plans make sure to check Zenescope’s blog (http://blog.zenescope.com), Facebook www.zenescope.com/facebook or Twitter @Zenescope.