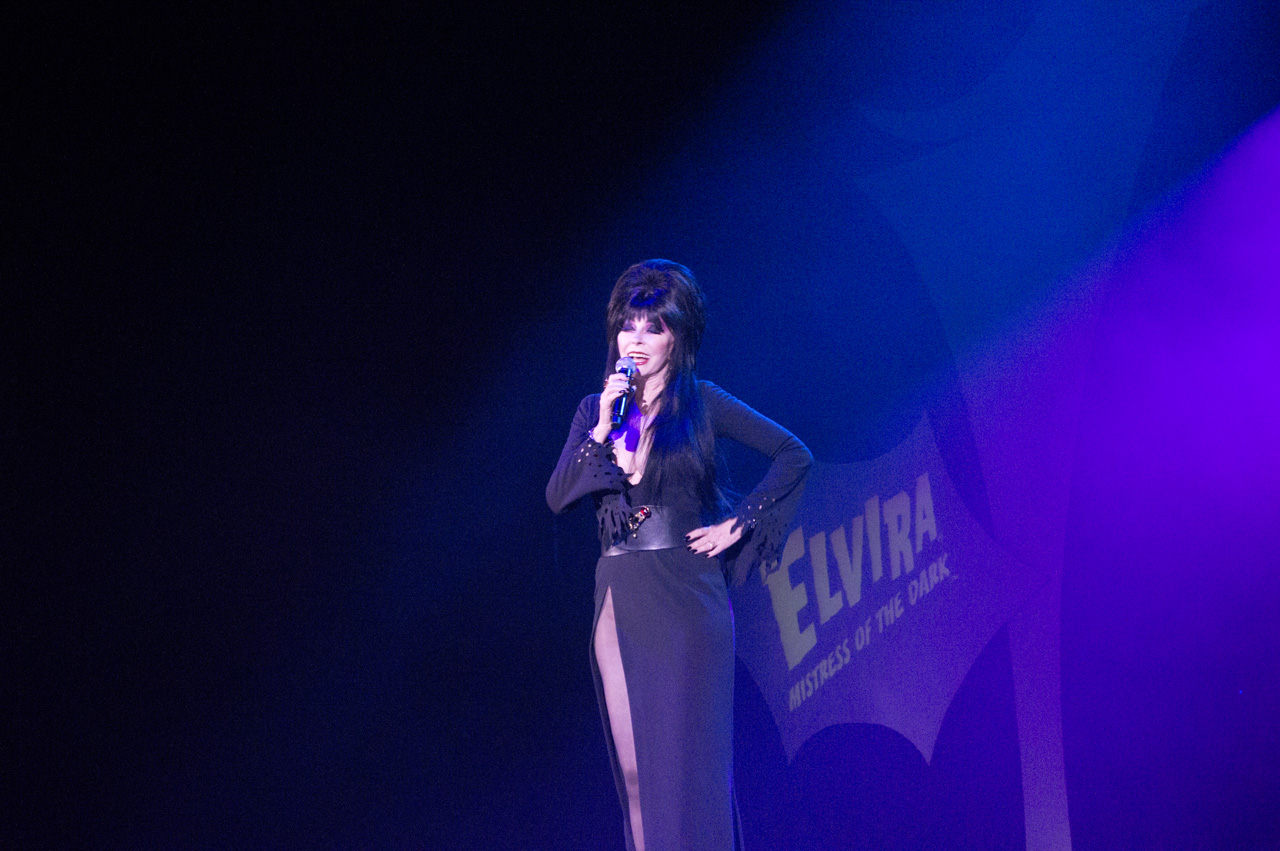 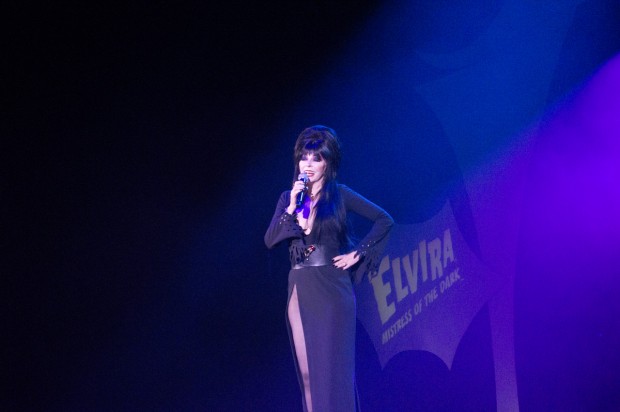 BUENA PARK, Calif. (July, 2013) – Elvira, the legendary mistress of the dark, will be returning to Knott’s Scary Farm to headline in her own show “Elvira’s Sinema Séance.” The new show, held in Knott’s 1,800-seat Ghoul Time Theatre, will showcase Elvira in all her ghoulish glory as she dabbles in telekinesis, plays the lead in film parodies, and brings her own mixture of sassy and sexy to the stage.

Elvira will be joined by the Academy of Villains, a unique dance team featured on America’s Got Talent that merges hip hop choreography with freestyle dance. The show will mark the first time Elvira has headlined at the Ghoul Time Theatre since 2001.

Elvira’s reign as the “Queen of Halloween” began in 1981 when she became the hostess of the KHJ television show “Movie Macabre,” and went on to become the first horror host to be syndicated nationally.
In 1982 she became the headliner in the Ghoul Time Theatre show at Knott’s Halloween Haunt following in the footsteps of Sinister Seymour and Wolfman Jack.

Knott’s Scary Farm is a special ticket event not covered by regular Knott’s Berry Farm admission or a Knott’s Season Pass. Ticket prices are $38 – $54 presale online and $62 day of event.

Haunt tickets are available at Knott’s Ticket Window, can be purchased by phone at Knott’s Haunt Line (714) 220-5200 or online at www.knotts.com (service charges apply).