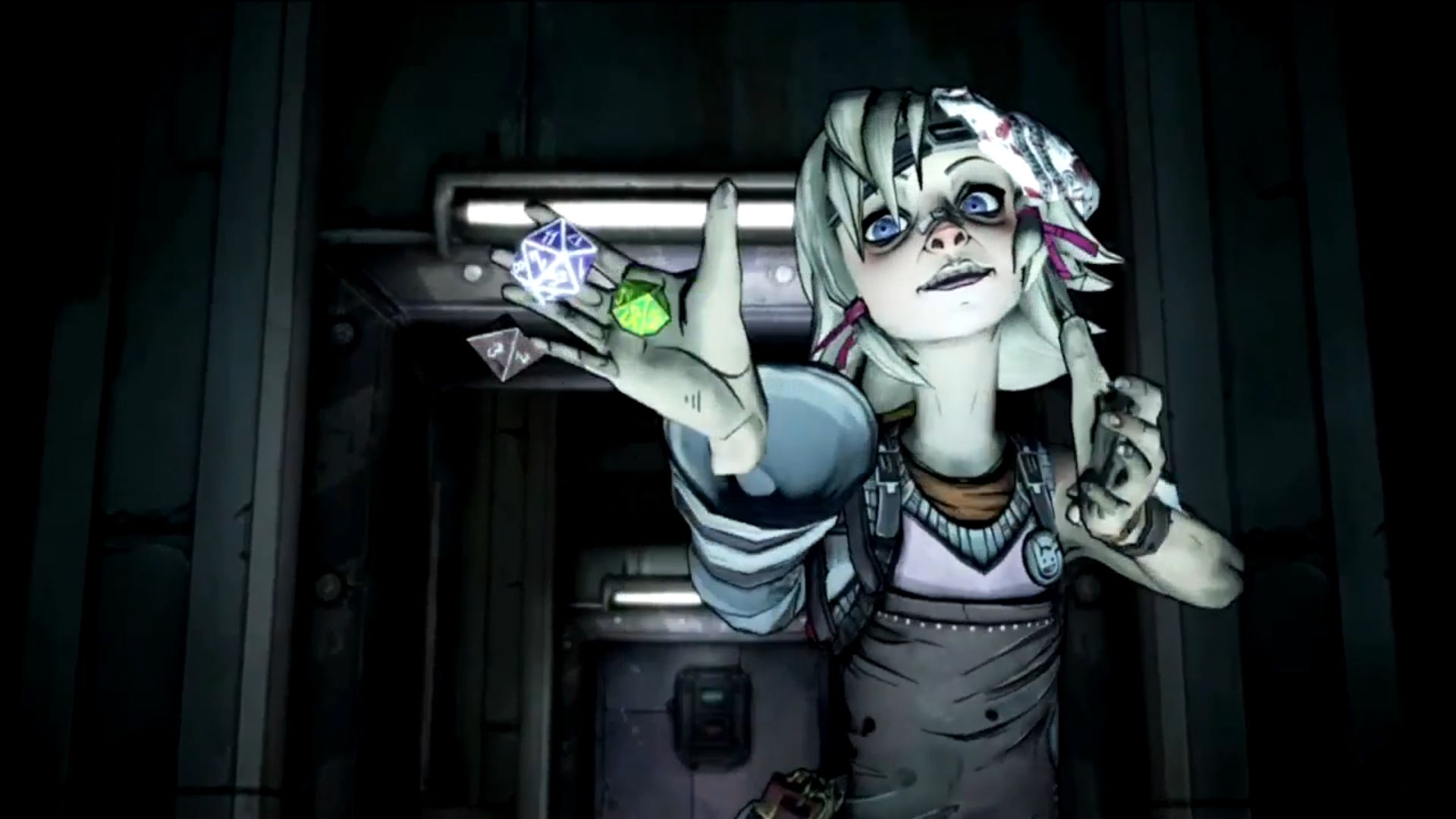 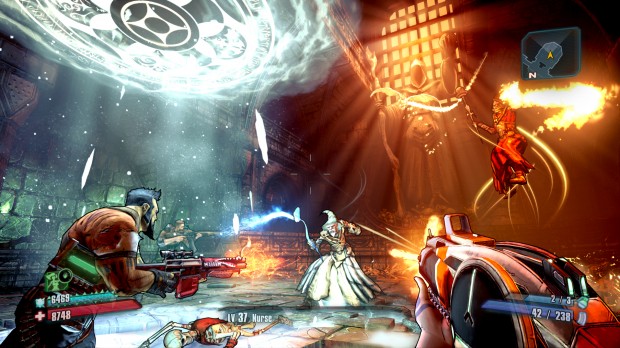 I was fortunate to play a small amount of Tiny Tina’s Assault on Dragon Keep, the new DLC pack for Borderlands 2, while at the Electronic Entertainment Expo. It was a lot of fun and hearing Tiny Tina’s  table top RPG inspired dialog consistently cracked me up. Today, I have finished with the DLC pack and am still waiting for my belly to stop hurting from how much I laughed and felt emotionally moved. The DLC pack has a ton of great stuff in it and, whether you are a fan of RPGs or just a fan of Borderlands 2, you will have a great time with it.

Judging from that first paragraph, I guess you could say that I am definitely not burying the lead here with this review. I loved this DLC pack. I found Tiny Tina’s character arc in the main Borderlands 2 story to be one of the game’s most poignant sequences (Three words: “Best tea party ever…”). Ashley Burch brought the character to new life with her quirky portrayal of the orphan-turned explosives expert, and continues to amaze in the Tiny Tina’s Assault on Dragon Keep DLC pack. In this 10 hour DLC pack, the vault hunters have gathered to play a game of “Bunkers and Badasses”, a Pandora version of Dungeons and Dragons, with Tiny Tina being the game’s “Bunker Master”.

In this game of Bunkers and Badasses, your character must free a captive-queen from an evil wizard voiced by Dameon Clarke, the same actor (using the same voice) as Jack in the main campaign. The reason for this is that the story with a story is really a summarized re-telling of the game’s main campaign with a full-on fantasy-RPG makeover. Locations, characters, and more have been altered in order to fit into the game world. 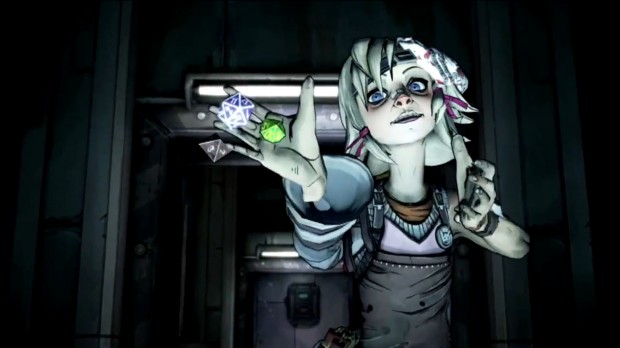 The DLC pack pays homage to a huge amount of sources – from Tolkien to other video games, and knows very well how to hit the player’s funny bone. The other side of Tiny Tina’s Assault on Dragon Keep is why Tina is doing this and how she comes to terms with the death of Roland in the main Borderlands 2 story. If that spoiled anything for you, just stop it – why in the hell are you reading a DLC review before finishing the main game?!? Seriously…

Visuals are what you have come to expect from Borderlands 2, although with the aforementioned fantasy-RPG makeover. The DLC’s voice acting is brilliant, with Burch and Clarke deserving special mentions for excellence. The one thing I would have liked to see in this DLC pack was the general inclusion of melee weapons. That would have made it felt truly like a table top RPG experience. The DLC pack does use some RPG “magic” in place of grenades. You can throw “magic missiles”, etc, which is a nice touch. Still, a full-on melee overhaul would have been nice.

Overall, Tiny Tina’s Assault on Dragon Keep is a must-play experience for lovers of RPGs, Borderlands 2, or “Skellymen”. The DLC pack retails for about $10 dollars and is available now.