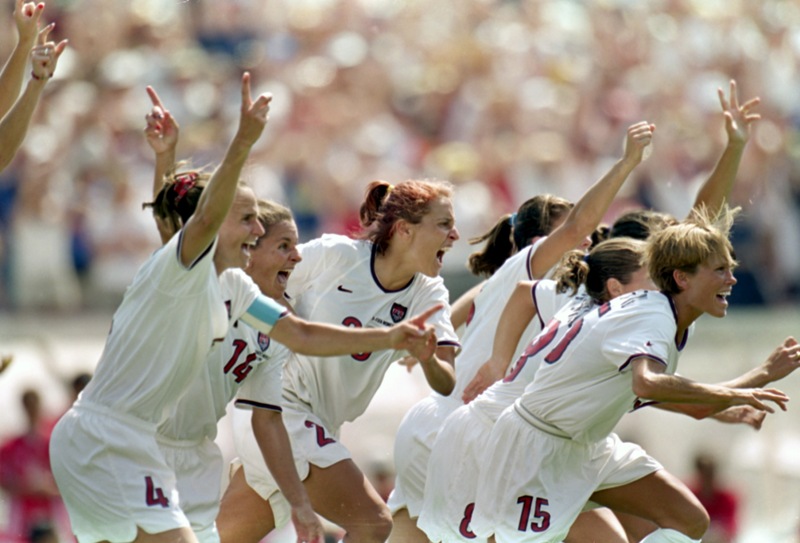 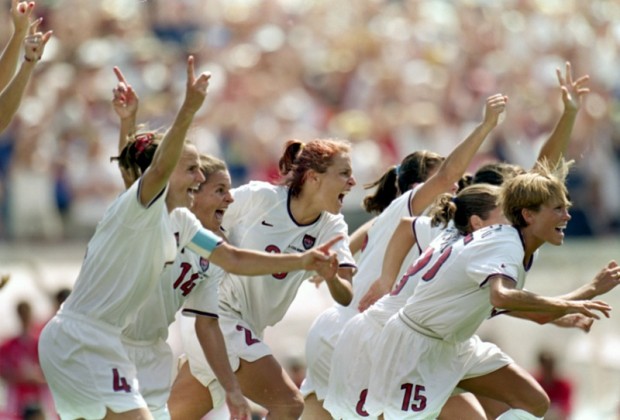 BURBANK, Calif. – June 27, 2013 – The world of women’s sports was kicked upside down on July 10, 1999. Before a sold-out crowd of more than 90,000 at the Rose Bowl and an estimated 40 million Americans watching on television, the women’s soccer team reached a cultural and athletic pinnacle with its penalty kick shootout victory over China to win the Women’s World Cup. As part of ESPN Films’ new Nine for IX series, The ’99ers explores the story behind this incredible team. Attendees of the D23 Expo 2013 can catch an exclusive screening of this film featuring a Q&A with the director Erin Leyden and the producer Julie Foudy. The screening/ Q&A will take place at The Ultimate Disney Fan Event in Stage 28 at the Anaheim Convention Center on Sunday, August 11 at 2:30 p.m. PT.

The ’99ers is told through the voice of Foudy, a longtime team captain, who gives viewers an inside look at the strong team ethic and rare “do for each other” mentality that propelled them to victory that day and turned the team into a cultural touchstone. With unprecedented access, the film uses candid, behind-the-scenes footage shot by the players themselves during the tournament to present a unique portrait of the women who irrevocably changed the face of women’s athletics. Reuniting key players from the 1999 squad and talking with current U.S. players as well, the film examines how women’s soccer – and women’s sports as a whole – has changed since that epic day at the Rose Bowl.